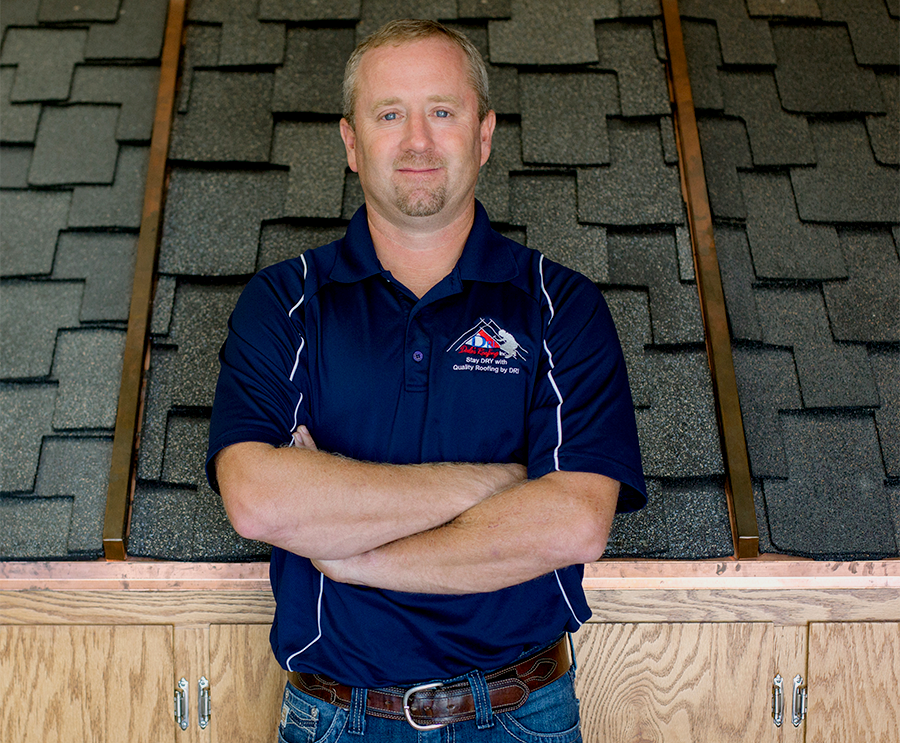 Dale Rector Jr. remembers when his father, Dale Sr., started the family roofing business in 1986. At the time, Dale’s Roofing had just a handful of employees, and Dale Sr. wore several hats to ensure the company’s success. “I remember him selling the jobs, and then he’d go back and run the crew as well,” Dale Jr. says. Thirty years later, the business has grown immensely by remaining committed to those same values.

Be willing to talk about the tough times because they’re going to come up.”—Dale Rector Jr., co-owner of Dale’s Roofing

Dale Jr. was just 10 years old when Dale’s Roofing opened in Rogersville. As early as middle school, he was helping his dad during the summers. After high school, he joined the business full time as a member of one of the crews that works on roof replacements and repairs. Later, Dale Jr. worked in production overseeing all the crews before joining the sales side of the business. Little did he know, this was all part of his father’s succession plan.

1. A small dormer shows examples of copper flashing and construction options in the showroom of Dale’s Roofing. 2. Homes throughout 417-land have turned to Dale’s Roofing since the company started in 1986. 3. Even the copper roof vents show the attention to detail the Rectors hold as a cornerstone of their family business.

In addition to learning the ropes of the business, Dale Jr. also learned several key lessons from his father, the most basic of which is the importance of hard work. “There’s nothing that I haven’t done that I expect everyone else to do,” Dale Jr. says. “All my guys know that.” Encouraging his employees to also work hard has helped the company get where it is today, he says. Since beginning, the business has grown to 45 employees and expanded its services to include guttering and skylight work.

Naturally, that growth hasn’t come without its challenges. “Still we always try to do the right thing,” Dale Jr. says. “That’s how my dad taught me… [to] do business the honest and the right way. Sometimes you lose money, sometimes you have to go back and bite your tongue of what somebody has done wrong, but you make it right to the homeowner.”

Sometimes, doing right by a customer can mean passing up a job opportunity. “You may not always go out and sell somebody a roof, but they’re going to remember you,” Dale Jr. says. “That’s what I still preach to my sales guys, all of our guys today, is just be honest.” And when the time comes for customers to have work done, they often remember Dale’s Roofing.

Dale Jr. acknowledges that running the family business has been challenging at times because of the father-son dynamic, but they have always managed to overcome those problems. “Be willing to talk about the tough times because they’re going to come up,” he says. “Talk through those problems and know that everybody’s goal in the end is the same goal, which is [to] pass the business down.”

Looking ahead, Dale Jr. hopes the roofing company will continue to stay in the family. His son is a sophomore in high school and is following in his father’s footsteps of helping with the family business during the summers. Although there’s no certainty for the future, one thing’s for sure: Dale’s Roofing has a strong foundation on which it can continue to grow.