Mark Prewitt on Reeling in Success

After creating a few custom lightweight fly rods for family and friends, Mark Prewitt decided to list one on eBay, and his business was born. Now, 11 years later, Prewitt still creates all of the rods by hand and sells as many as 140 a year. 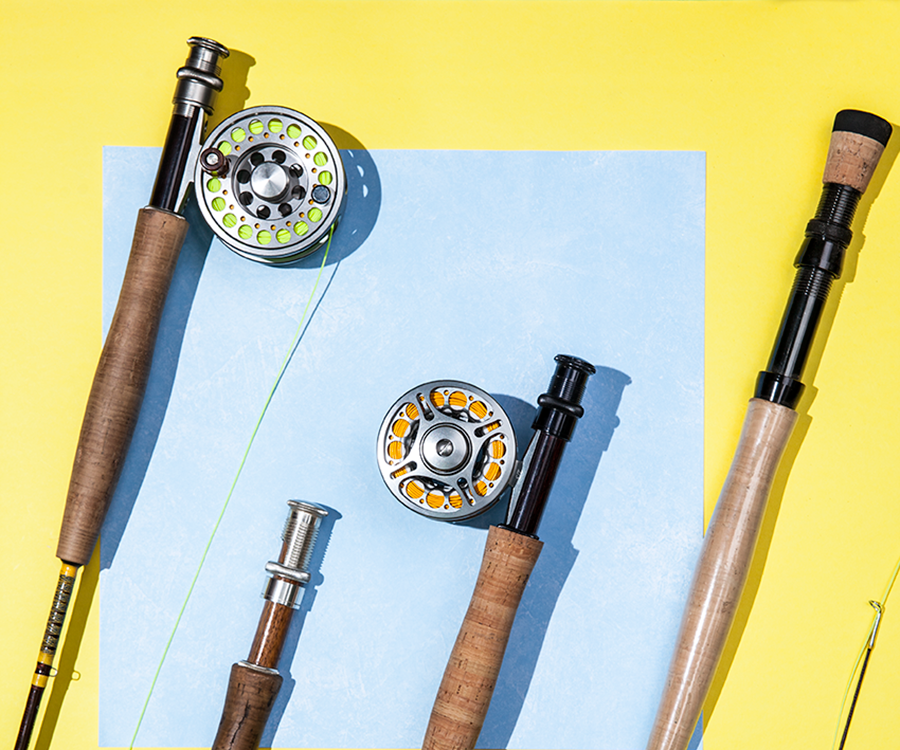 Number of Employees: 1 (but Prewitt’s daughters help wrap the rods if he’s in a pinch)

From Mind to Market: Once a rod is ordered, it takes roughly three weeks for Prewitt to build it and ship it.

Maker’s Choice: “I use a 7.5-foot, 1-weight rod at several parks in Missouri,” Prewitt says.

Mark Prewitt is quick to admit that he isn’t the best at sitting still. “I’ve always had to have something to do with my hands,” he says. And although his job at Monett’s Efco Corporation helps keep those hands busy for more than 40 hours every week, he doesn’t stop there. “I’m actually a wood carver,” Prewitt says. “I’ve been carving since I was really young. My great grandpa Bryan and I would sit on the front porch and whittle, and he would spit his tobacco.” And 11 years ago, Prewitt picked up on yet another way to make money with those two hands: building custom fly rods.

“One day I got to thinking about my best friend, Marshall, who was getting his doctorate degree,” Prewitt says. “I thought it would be neat to make us matching fly rods. I made us both the rods, and I thought, ‘You know what, that was fun. I really enjoyed that.’” Prewitt next made a rod for his brother and then continued making rods as gifts for people. Next he listed one on eBay, and that’s when things really took off. “I think I sold 10 rods off of that one listing,” Prewitt says. That’s when RDP Flyrods was officially born. “It grew pretty quickly from there,” Prewitt says.

In the following years, Prewitt did several things to help grow his business. He reached out to rod companies and met a man from Sage fly rods, and this man helped Prewitt formulate his blanks and streamline his process. In 2010 Prewitt developed his website, rdpflyrods.com, which allowed him to accept online orders from all around the world.

“I’ll go out to Roaring River, and I’ll talk to people. Then I’ll hand them one of my rods and ask them to try it out. I’ll ask them if there’s anything they’d want different. You have to know your market.” —Mark Prewitt

Today he spends much of his free time working on the rods, which he creates by hand to his customer’s specifications. “I specialize in ultralights and smaller rods,” he says. “I learned that there weren’t many out there when I first started.” He credits finding this niche—offering zero-weight rods—as one of the most important factors in his company’s growth and success. And he also notes getting to know his customers, which he does with some of his very own first-hand market research. “I just get out there and go fishing,” Prewitt says. “I’ll go out to Roaring River, and I’ll talk to people. Then I’ll hand them one of my rods and ask them to try it out. I’ll ask them if there’s anything they’d want different. You have to know your market.” And although he doesn’t have much free time to throw out a line these days, those occasional fishing trips and chatting with a new face are all he needs to stay happy. “That’s what I really love about doing this is the people,” Prewitt says.

The Making of RDP Flyrods

If you’ve ever looked at a flyrod and wondered, ‘How did they do that?’ you’re in luck. Mark Prewitt of RDP Flyrods shares how he creates his custom light-weight flyrods, which he makes in Mt. Vernon, Missouri and then ships to customers all around the world.

The first thing I do is inspect the blank when I pull it from stock. I then spine the blank by finding the curve of the blank. This I do with two pieces of a round wooden dowel. I lay the blank pieces with the ends resting on the dowels. The blanks have a curve built into them so they cast better. The blanks will roll till the curve is down. I mark the top side of the blanks, because that is the side I’m going to put the eyes on. I put the rod blank together to see if it is straight with the curve. Sometimes I have to adjust it so it’s straight. The next step is the eyes. I have a piece of crown molding that has grooves in it to lay the blank in to keep it still. I put the blank in one of the grooves with the curve of the blank down. I tape it down. I then place the eyes where they are needed. I have a chart to go off of. On the side of the crown molding, I’ve attached a tape measure to the edge so I can see the placement of the eyes. After I get the eyes on the blank, I get down in the floor and look through the eyes to make sure they are lined up correctly. I then start building the handle. I attach the requested reel seat and the cork grip. I have to drill out the cork grip sometimes so it fits on the shaft of the blank. This I do with a drill and a round file. The next step is putting the thread on the eyes. This can take a couple hours depending on how many colors of wraps the customer wants. I also put my logo on the blank and write the name or the phrase that the person requested on the blanks. After I’ve wrapped the eyes, it’s time for the epoxy. The epoxy that I use takes 8 to 12 hours to cure. I have a rod turning machine that slowly turns the rod at about 35 rpms. I apply the epoxy with a small paintbrush on the threads as the rod turns. It has to keep turning for at least eight hours so the epoxy finish on the rod is smooth and uniform. I inspect the rods after each step, and then it’s ready to go to the water. 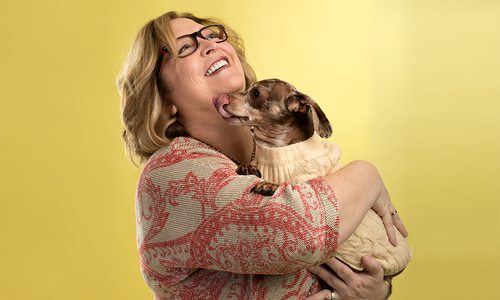 With Fox + Hound, Karen Doss and her line of dog grooming products have cornered a niche market that provides an answer for dog owners...