Former musician-turned-software CEO, Phil Reynolds and his wife, Chastin, moved into their home two years ago and created an office that showcases professional tools and personal touches.

As a former musician-turned-software CEO, Phil Reynolds needed a multifunctional home office with equipment that supported his endeavors as CEO and co-founder of BriteCore and as a hobby musician. He and his wife, Chastin, moved into their home two years ago and created an office that showcases professional tools and personal touches. 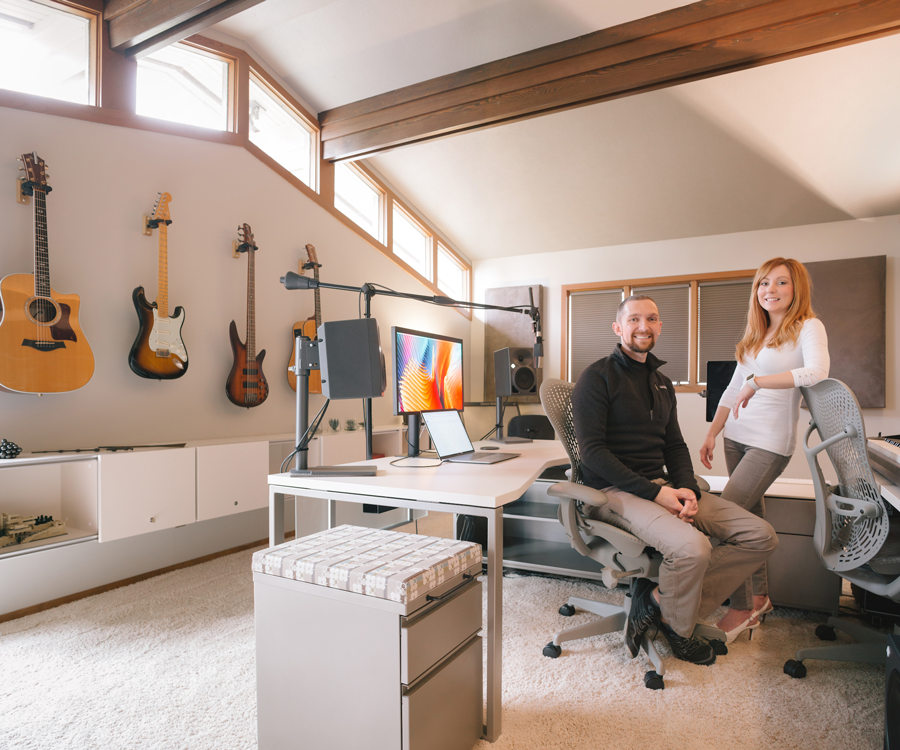 Phil and Chastin Reynolds spend most of their working time at their home office. Part of why they bought the home was this room, which has tons of natural light and midcentury modern features. The Reynoldses designed the room themselves, and most of the furniture came from Grooms Office Environments when the company moved commercial offices. 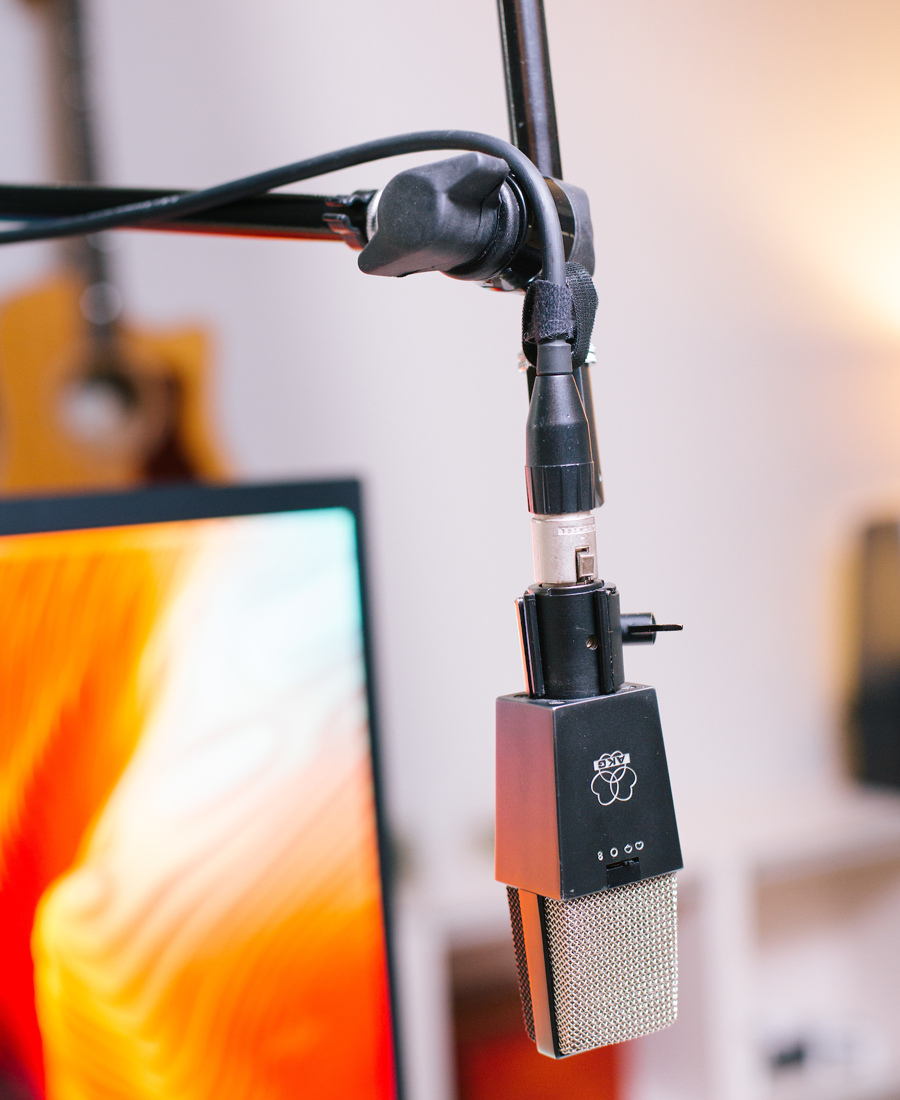 Phil’s desk setup includes the boom microphone and keyboard for recording music. The equipment is also perfect for recording software demos for clients. Planning for sound in the room was very important, and the sound-absorbing panels help minimize echoes when Phil is recording or on video chats. The speaker system is a professional studio-monitoring system hooked up to a subwoofer, so clients (and sometimes neighbors) have no problems hearing what Phil is playing for them. 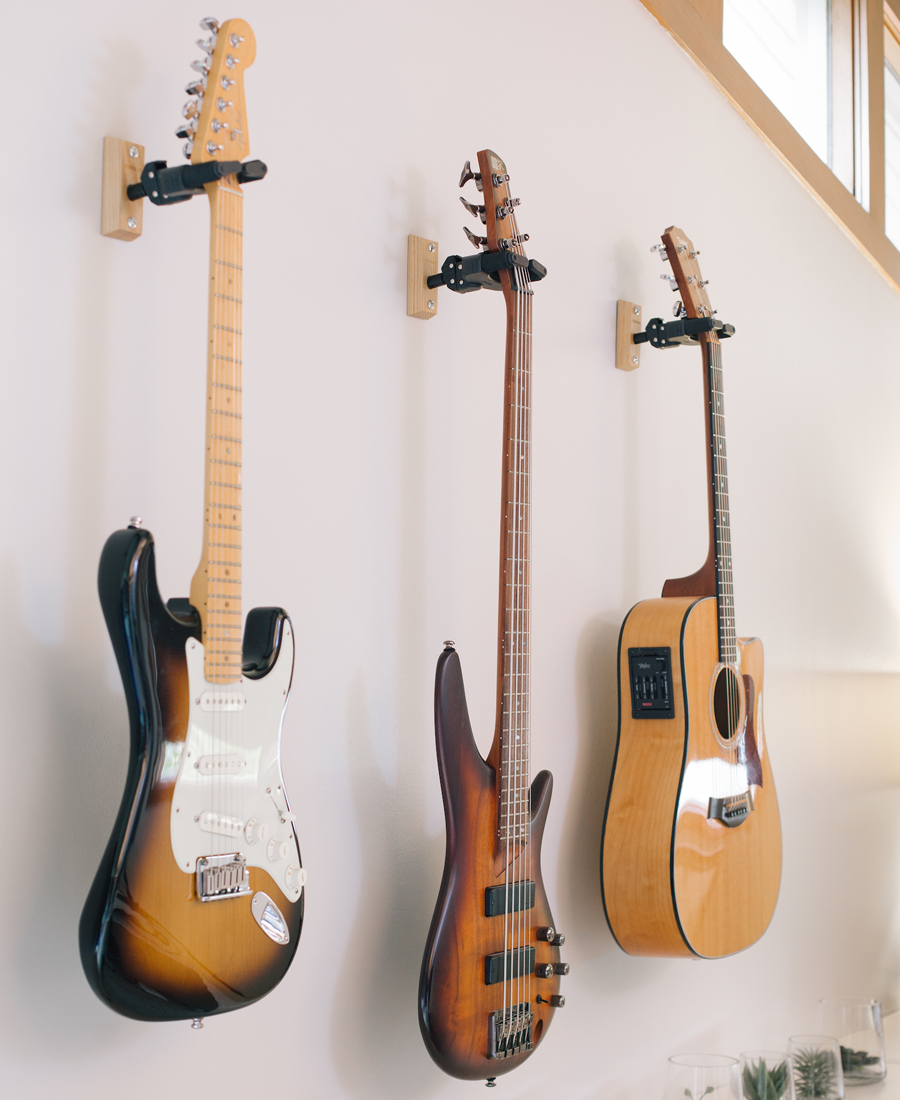 After graduating college Phil became a professional musician, recording solo acts and playing with bands. He hasn’t put down the guitars just yet and still records music. On the wall sit four of his favorites (pictured in photo 1): from left to right, a limited-edition Taylor 810ce Brazilian Rosewood, a Fender Texas Special Strat, an electric five-string bass and a Taylor custom maple CE model that he’s had for 20 years. 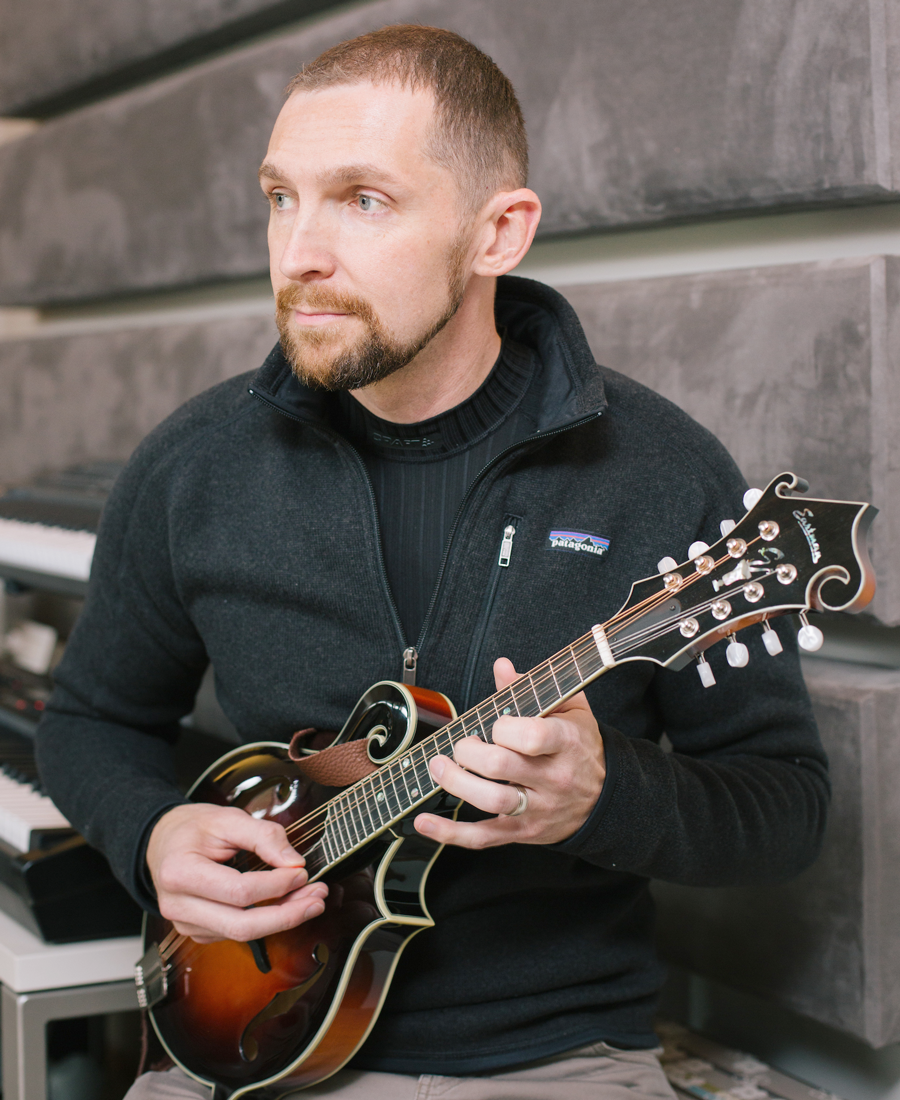 For Father’s Day last year, Chastin gifted Phil a mandolin and a year’s worth of lessons at The Acoustic Shoppe. His guitar playing gave him a good foundation, but he’s still learning the quickness, he says. 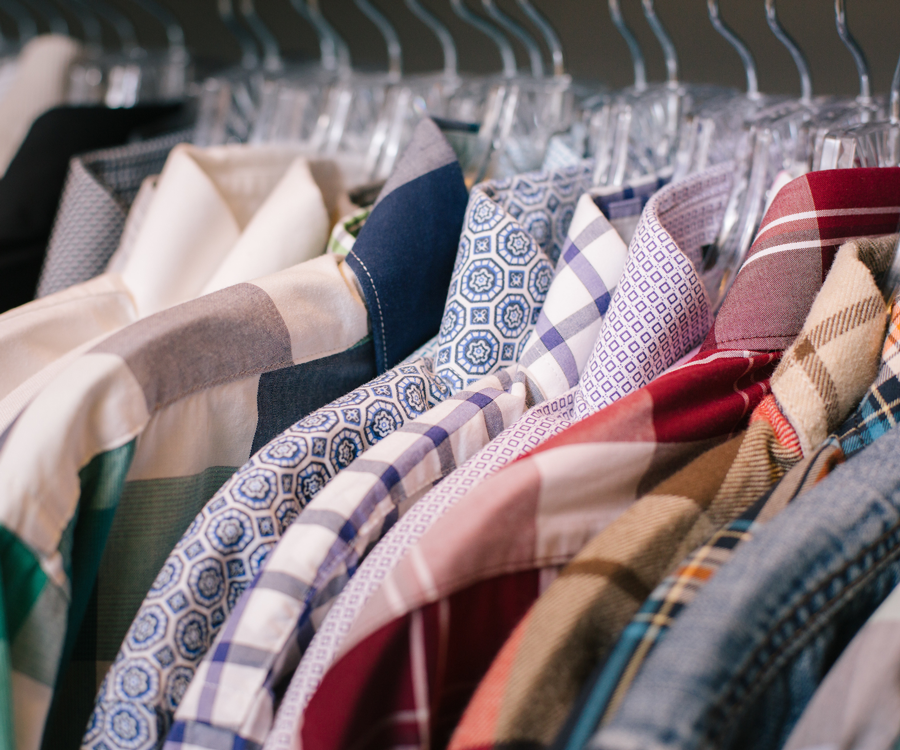 Phil spends an average of two to four hours a day on video chats with clients. Sometimes he doesn’t have that much warning, so when he needs to quickly look professional he hops over to the closet and throws on a dress shirt. It was Chastin’s idea to keep some of his wardrobe in the office. 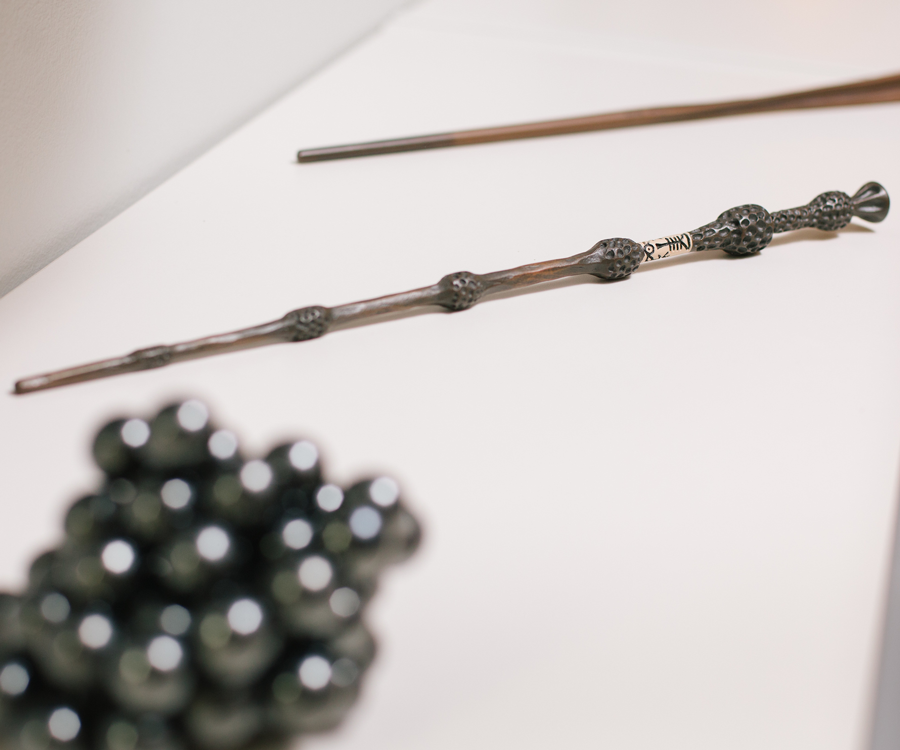 Phil and Chastin honeymooned in Hawaii and brought a black rock sculpture back with them. This spring they traveled to The Wizarding World of Harry Potter in Orlando with their 10-year-old son, Will, and couldn’t leave without bringing back their own wands. Phil is passing down his love of science and architecture to Will by building model sculptures with him. 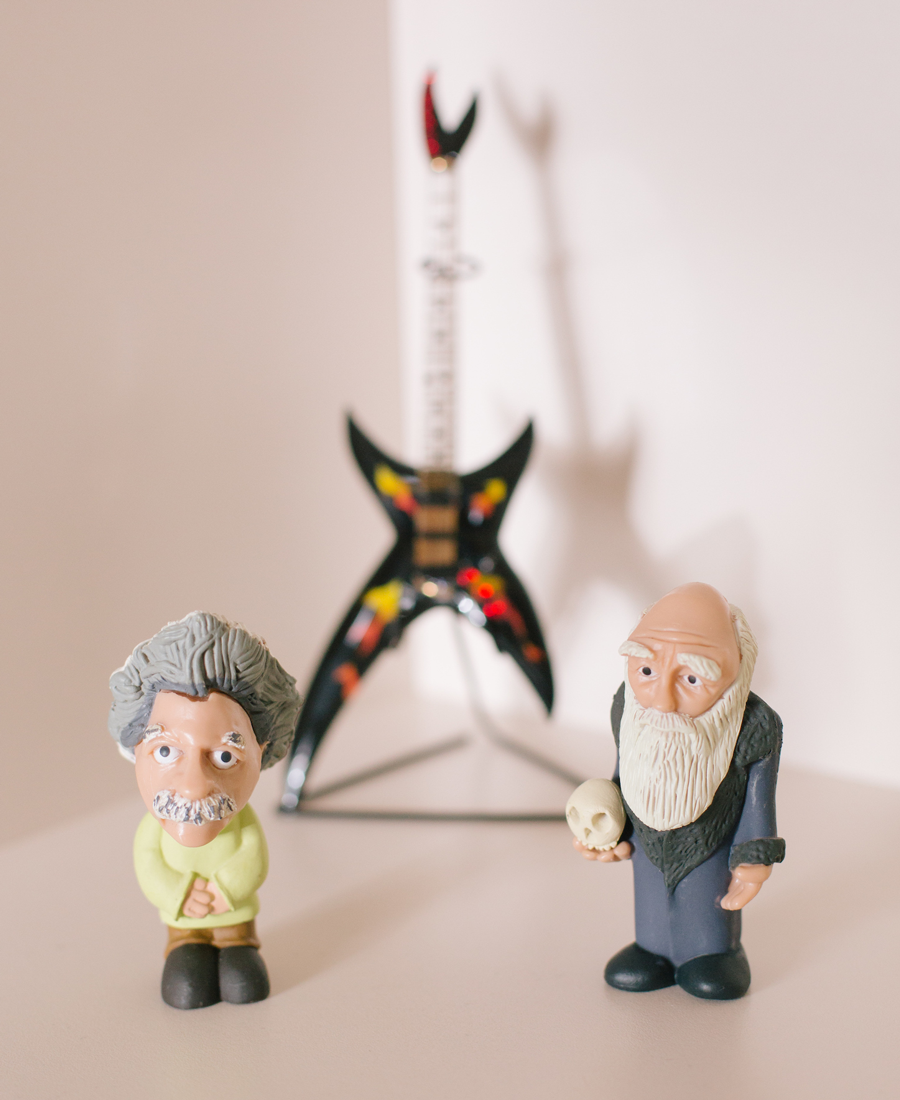 Phil’s love for science is present in his Audible account and in his Einstein and Darwin figurines. “[These] scientists defied the thinking of those around them, radically altering the way we think about the world,” he says. “I aspire to bring innovative, disciplined exploration of the truth to my own position.” The guitar is also special to Phil—it was a gift from his close friend Lona, a manager at Newk’s Eatery where he has eaten a salmon Caesar salad for lunch every day for the past four years. 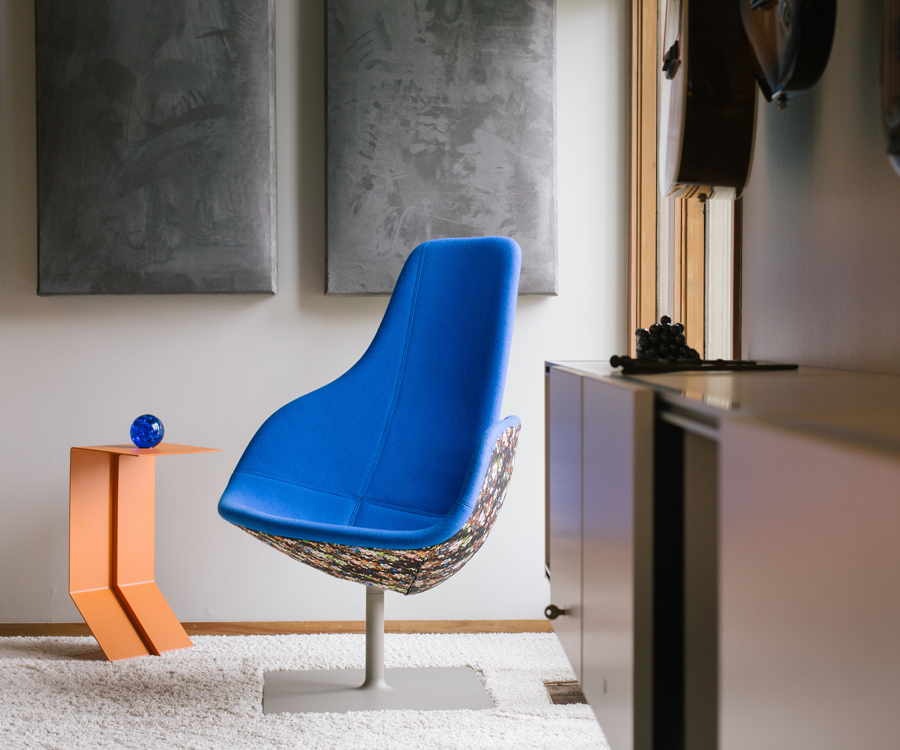 Chastin spotted this chair at Centro Modern Furnishings in St. Louis and immediately fell in love. She had to convince Phil to love it, but now it’s a favorite spot for Chastin to do her job as BriteCore’s marketing director and for Phil to strum as he solves problems. Phil admits that the unique shape is perfect for him to sit while holding his guitar, something he does when working through a software issue. “This is where most of BriteCore’s problems get solved,” he says. 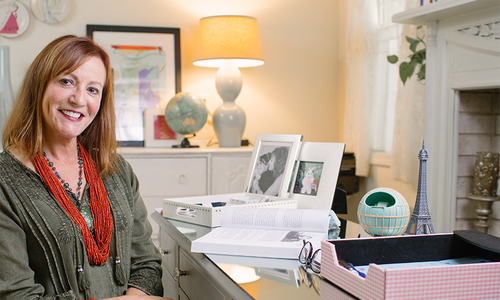 Take a peek inside the home office of recently retired Professor Michele Granger. “This is really my workspace for everything,” says... 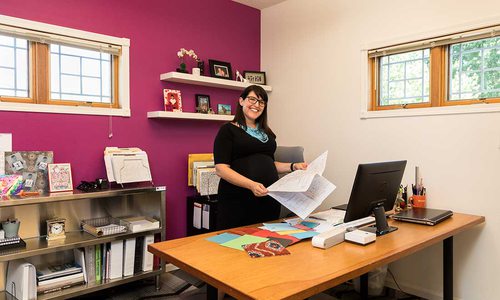 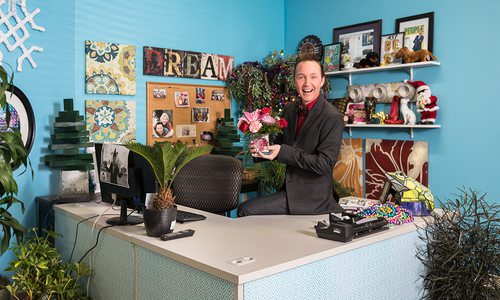 Co-host of Ozarks Live and Co-star of Ozarks Pickers Jeremy Rabe needs an office as bright and fun as his creative personality. He took us... 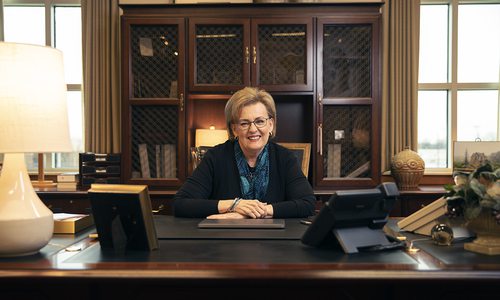