How to Open a Brick and Mortar

If your growing company is ready for something more permanent—and maybe set in stone—here’s how to take the next step and open a brick and mortar. 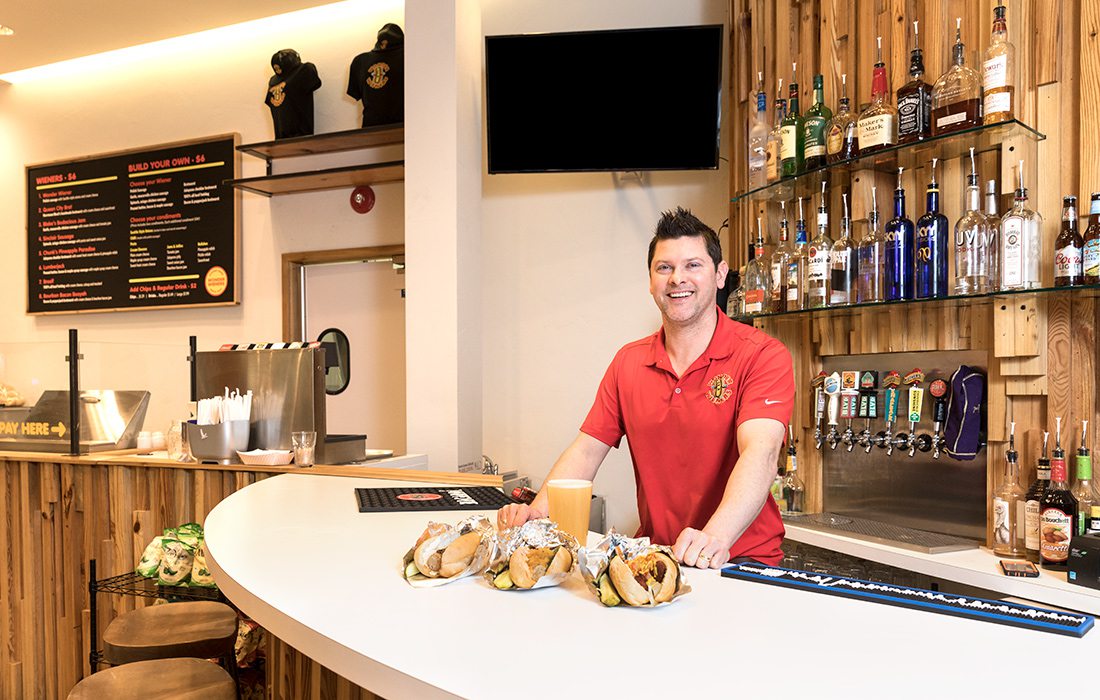 Photo by Brandon AlmsCory Eden of Wonder Wieners took his downtown hot dog business to a permanent storefront and had to modify his strategy to stay successful.

The transition from an online or mobile business to a storefront is a natural progression, but that doesn’t make it less intimidating. We asked three Springfield businesses making this move about their playbooks.

Crunch the Numbers
It’s important to estimate what costs and new expenses you’ll have when moving to a brick-and-mortar location. “You’re not going to know what some of those numbers are, but you have to guess,” says Carrie Mitchell, who owns London Calling Pasty Co. with Neil Gomme. The pair traded in the food truck for a spot at Battlefield Mall in November. To estimate their costs before the move, they watched traffic flow at the mall at various times and talked to other food suppliers.

Know Your Customers
“Everybody loves hot dogs,” says Cory Eden, owner of Wonder Wieners. “There’s nothing more American than that.” However, Eden didn’t know how moving from an outdoor kitchen downtown to Battlefield Mall would affect his clientele. His customers were mostly the college crowd. To cater to his already loyal clientele he also serves alcohol in his store, which opened in October.

Find the Best Location
The Battlefield Mall was great for London Calling, Gomme says, including that weather doesn’t dictate customers there as it did for the food truck. “We knew in the wintertime, when our business slows down, that this speeds up,” he says.

Clothing company Culture Flock, a mostly online business since starting in 2013, is working to open a store at the Galloway Creek development in late 2018 or early 2019. “You have to be in a visual location where customers can see you,” Culture Flock co-owner Summer Trottier says. “The neighborhood was perfect, and it was time for us to move forward and to do it.”

Be Flexible
Eden says he didn’t know how well Wonder Wieners’ non-edible merchandise would go over at the mall and has had to change his inventory several times. “I’ve run out of men’s and women’s shirts, caps and beanies and pint glasses multiple times,” he says. “I didn’t know the demand for the merchandise would be such a vital part of my brick-and-mortar.”

Time It Right
Opening a brick-and-mortar means taking a risk, but if you jump in too soon, you might not be ready. Trottier says Culture Flock avoided a permanent location, but now that it sells products in retail stores across the country, it was the clear next step. “We’ve continued to sell in other retailers and [by] ourselves, and we’ve gained a big following, and people know our brand outside Springfield and within Springfield,” she says.