Mary Ann Rojas she connects jobs to people and people to jobs.

Mary Ann Rojas began her role as the director of Workforce Development for the City of Springfield in June 2013. In a nutshell, she connects jobs to people and people to jobs—a task that will hopefully become even more common since the new Missouri Job Center opened in December 2016. We asked her about the new center, challenges in the market and plans for the future.

Biz 417: Why was it important to open the new Missouri Job Center on the north side of Springfield?

Mary Ann Rojas: Well, we serve a diverse population, but one thing we found is that over 70 percent of individuals coming through our door that are receiving temporary assistance, or TANF (Missouri Temporary Assistance for Needy Families) benefits, live in Zone 1 and 2 in Greene County. We felt that it was important that they have access to services. If you live on the north side and you’re trying to get here to 2900 E. Sunshine St., it’s going to take you a while using public transportation. We found that we need to be where the people are, and we need to be where we can provide the services needed. Additionally, there are a lot of employers in that area that can tap into these folks.

Biz: How has Springfield’s labor market changed since you began your current position?

MAR: Overall it has improved. We have a lot more people working than we did three or four years ago. But that’s true on the national scope. We still have a challenge, though, and that’s with the skills gap. Over 25 percent of everyone who walks through our door is over age 40. One of the biggest challenges with them—especially those who have been laid off from jobs where they worked for many years—is that they haven’t really developed the skill set that they need to compete for jobs now.

Biz: What efforts are in place to resolve this gap?

MAR: Through our various partnerships, including chambers of commerce, we have worked to identify what the issues are in various industries. One of the things that we just recently implemented in the last 30 days is our JET (Jobs, Education and Training) Fund, where any employer in the region can apply for training funds for their incumbent workers. That’s just another resource that we have available for those employers that see where new technologies are coming on board, so that they may have help to train their staff.

Biz: What challenges existed in Springfield’s job market when you took on your role?

MAR: Well, I wouldn’t say it was a challenge, but one thing that I would say that was surprising to me was the demographics of the region, and the need to include more types of people in what we’re doing as a city. That’s still a challenge for us. For me, coming from a state that is very diverse and being a Latina, it’s just something that I noticed. It’s not very challenging to me because I grew up in West Texas, which is very similar to small towns in Missouri. So in that sense I felt very comfortable and still do. But I still see where we really have a great opportunity to reach out to our diverse populations, whatever the ethnicity is, and start integrating them into what we do and at the leadership level. And that’s where we’re going to start seeing some real change is when we have individuals at the policy-making, leadership level.

Biz: What efforts have you taken to get a more diverse population in leadership positions?

MAR: On a daily basis one of the most important parts of my job is to assess my resources, and one of the most important resources is talent. I’m constantly seeking talent. I think we’ve made some strides and have seen some improvements. And it’s not just ethnicity—it’s also gender. It’s also age. I’m trying to tap into the resources of our millennial population, get them into the fold and start to provide them with the resources so they can succeed as well. In my view, I feel that I have that responsibility. I’m a baby boomer, but I have a responsibility to make sure that every millennial that I work with succeeds. I am constantly working to try and get them into the fold and provide opportunities for them.

Biz: Do you have any other advice for working with millennials?

MAR: Well, if I could say it in one sentence, the millennial [generation] is a very process-oriented generation. They want to make sure they do things right. They don’t like to make mistakes. They like to deliver a good product, and they’re very conscientious about their environment—where they work, where they live and what they’re involved in. For me, as a boomer, I’m more focused on outcomes. You know, I want the project done, and I want it done by this time. So it’s kind of bridging that gap. We have to understand that yes, this is a very talented individual, and as business owners or leaders, we have to reach out to them and help them to understand the why behind our requests. We need to tell them, “This is why I need you to do this.” It’s really an education process.

Biz: What major changes have you implemented on the internal level?

MAR: One of the things that have changed since I got here is that we’ve become more aggressive in terms of using our resources. We have done a lot of good work in the last few years as far as expanding our reach to additional counties and other areas. We’ve created special projects—created the new center on the north side—and we pretty much have good new stories all the time. But the interesting thing is that the core funding that we’ve received hasn’t changed. Through my management staff, we’ve been able to create an environment for everyone here to be innovative, to think outside of the box and to present ideas. It’s amazing, when you give someone that opportunity how much they will give back. Our workplace culture has totally changed, and it was creating that environment for the employees that made a difference.

Biz: How did you go about helping develop the workplace culture at the center?

MAR: One of the lessons that I’ve learned through the years, and I’ve worked in different workforce areas, is that with every organization that you go into, there is going to be an already established, defined culture. I have learned through the years that you can’t go in and just say, “This is how we’re going to do things.” It’s a process that evolves through time. It was baby steps the entire way. Any time you go into a new job or a new organization, you kind of have to demonstrate what you bring and what talents you bring. There are stages. First of all, there’s the getting-to-know-you stage. Then building trust and giving responsibility. There’s engagement and getting the right people on the bus. Then there’s moving forward. One thing that helped us, too, was hiring an individual who did nothing but focus on outreach and communications. It was amazing, because that was one of the first things that our staff noticed. People just want to be noticed. People want to know that they’re important. I would get comments like, “Hey, I saw an article in the paper about us. That’s great!,” or “I saw that we’re doing this or we’re doing that.” For them to get the affirmation from the general public that we were doing a good job, that goes a long way. 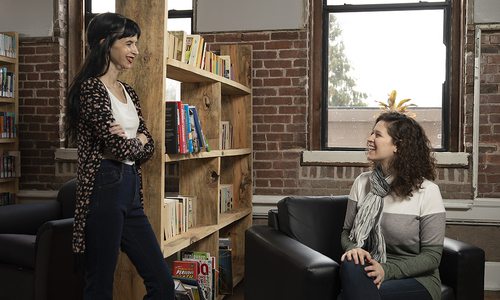 Krista Peryer and Maranda Provance of The Geek Foundation will champion the tech industry through a curriculum developed with Pitt... 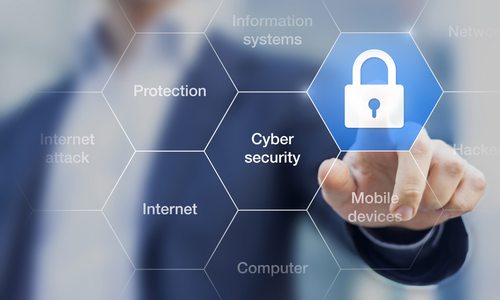 Cybersecurity and You: Q & A with Aaron Sharpe

Aaron Sharpe of Nixon & Lindstrom Insurance discusses the importance of cybersecurity insurance in the modern age. 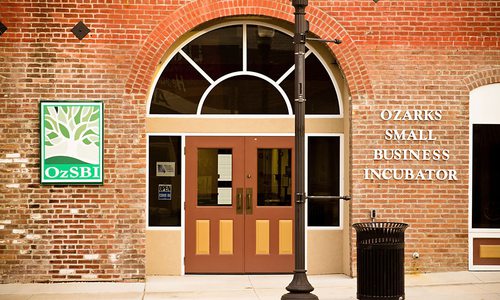 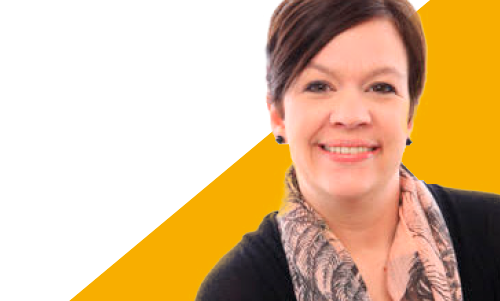 How the Small Business Majority Can Help Your Startup