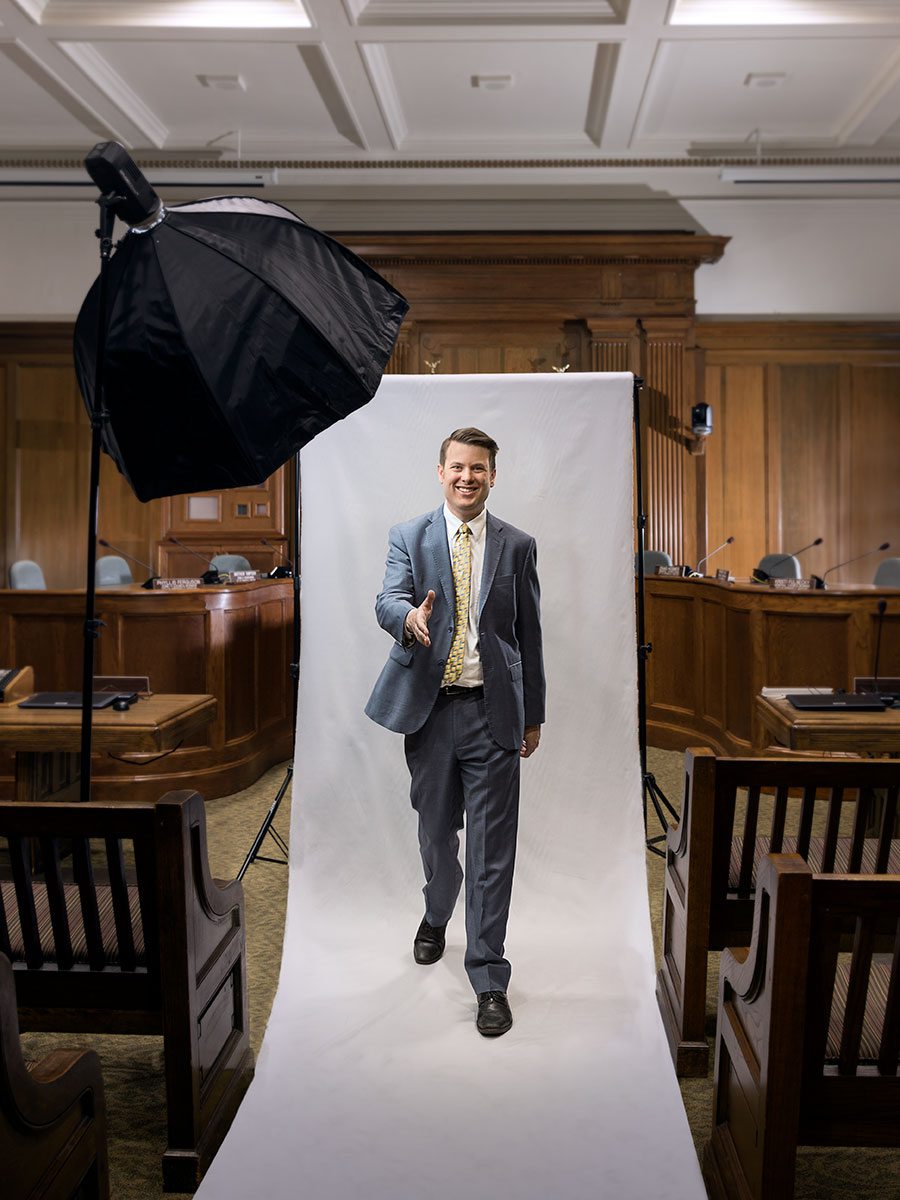 Take Note: The first Captain Springfield and 5 Pound Apparel co-founder is no stranger to accolades. He received the Missouri Community College Association’s 2017 Technology Innovation Award for his work on OTC’s guided self-placement instrument

Matthew Simpson’s guiding principle—to leave the community a better place—is something he learned from his father while on camping trips as a kid. The 33-year-old is well on his way to fulfilling this goal as a recent Springfield City Council addition, active community participant and visionary leader at Ozarks Technical Community College, where he is helping improve student outcomes every day through an innovative placement exam.

“For a long time, we used an ACT product called Compass to place students into their math and English courses, but the test results were not predictive of student success. When [ACT] discontinued it, we decided that was an opportunity to make a change. We looked at the evidence, found the factors that were predictive of success and then built our own guided self-placement instrument to provide students with recommendations for not only the course that was the best fit for them but also the support services and assistance that would help. Then we made the decision, which is a big deal in the community college world, to give students the choice. We’re going to give them the best possible recommendation, but ultimately, we’re going to trust that they know how to make the best decision and do our best to help them be successful.