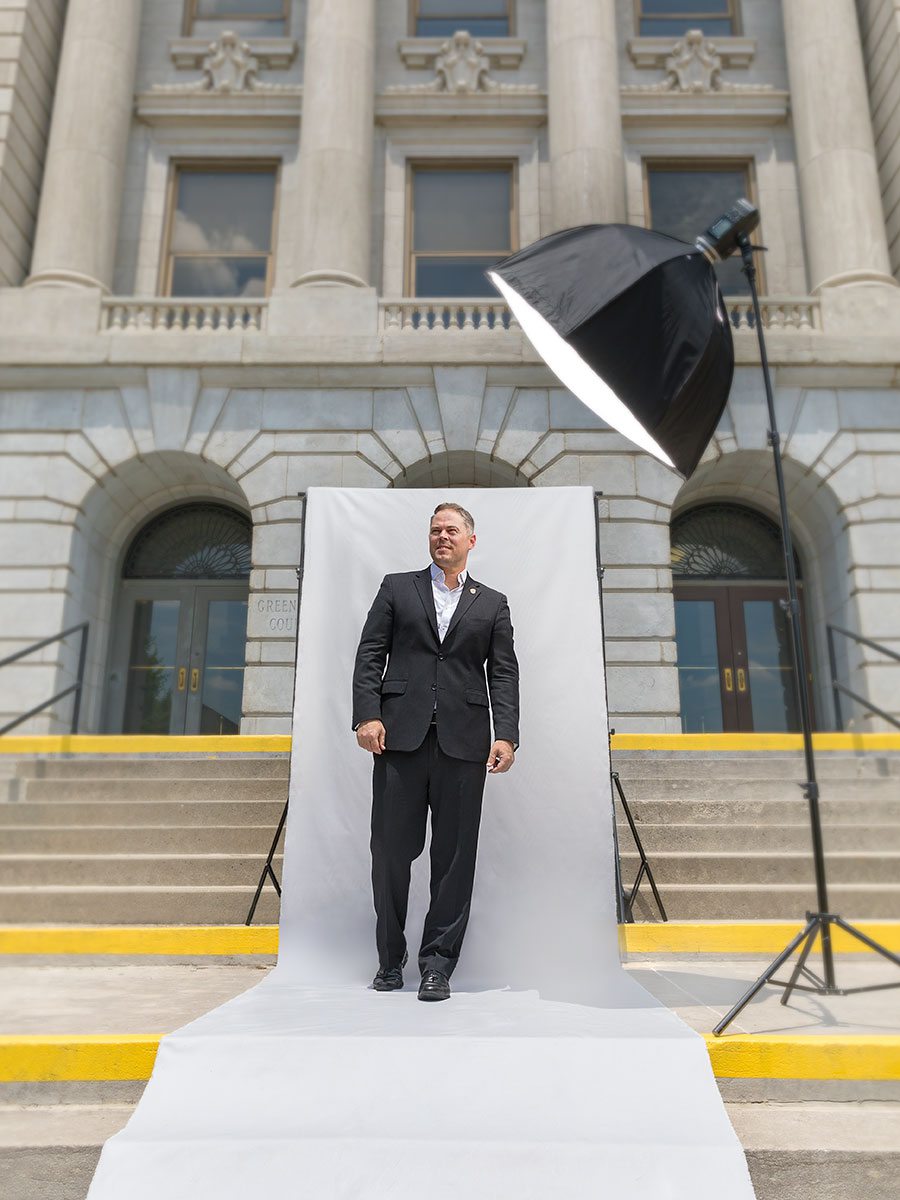 Take Note: This spring, Haahr sponsored a bill that, if signed, will bring sweeping changes to Missouri’s tax code, including a reduction in the individual and corporate tax rates.

A long-time political junkie, Elijah Haahr has represented Springfield’s 134th district since 2012. He quickly sought a leadership role in the Missouri House of Representatives and has risen through the ranks at a quick pace. Should his final House re-election campaign this fall go as planned, Haahr, 36, will become the first Speaker of the House from Springfield. He’s hoping the position can shine a light on southwest Missouri’s future opportunities.

“Every year, [my parents] would take us to the Capitol so we could meet our state representatives. I think I was probably 10 or 11 years old the first time I wanted to volunteer on a campaign. I started going to campaign events and parades and door-to-door knocking for State Representative Val Dunn down in the Republic area and was pretty much involved in a campaign every two years thereafter. I think just being exposed to it at an early age, I became very interested in politics and policy.

“I’ll say this to anybody: Running for office is one of the most rewarding things you can do because knocking on several thousand doors will open your eyes to your community. This race is a little unique because my vision will include an opportunity to lead the state. If I’m re-elected, I will be the first Speaker in the history of the state from Springfield. It’s an opportunity for us, particularly the 134th district, to be on the map.

“I think one of the things we need to work on going forward is higher ed budgets. We’ve got tremendous schools, but you look at two of the lowest funded four-year schools in the state: it’s Missouri State and Missouri Southern. Two of the lowest funded junior colleges in the state are OTC and Crowder College in Neosho. Southwest Missouri is somewhat of an economic engine in the state. It’s growing in population and in business. I think we need those four schools to be on the level that the other schools in the state are on. Workforce development kind of dovetails with [that]. I think more than anything else we need a good educated workforce. If we can right-size our tax policy and we can create an educated workforce, I think the amount of jobs that will flood to southwest Missouri will be dramatic.”