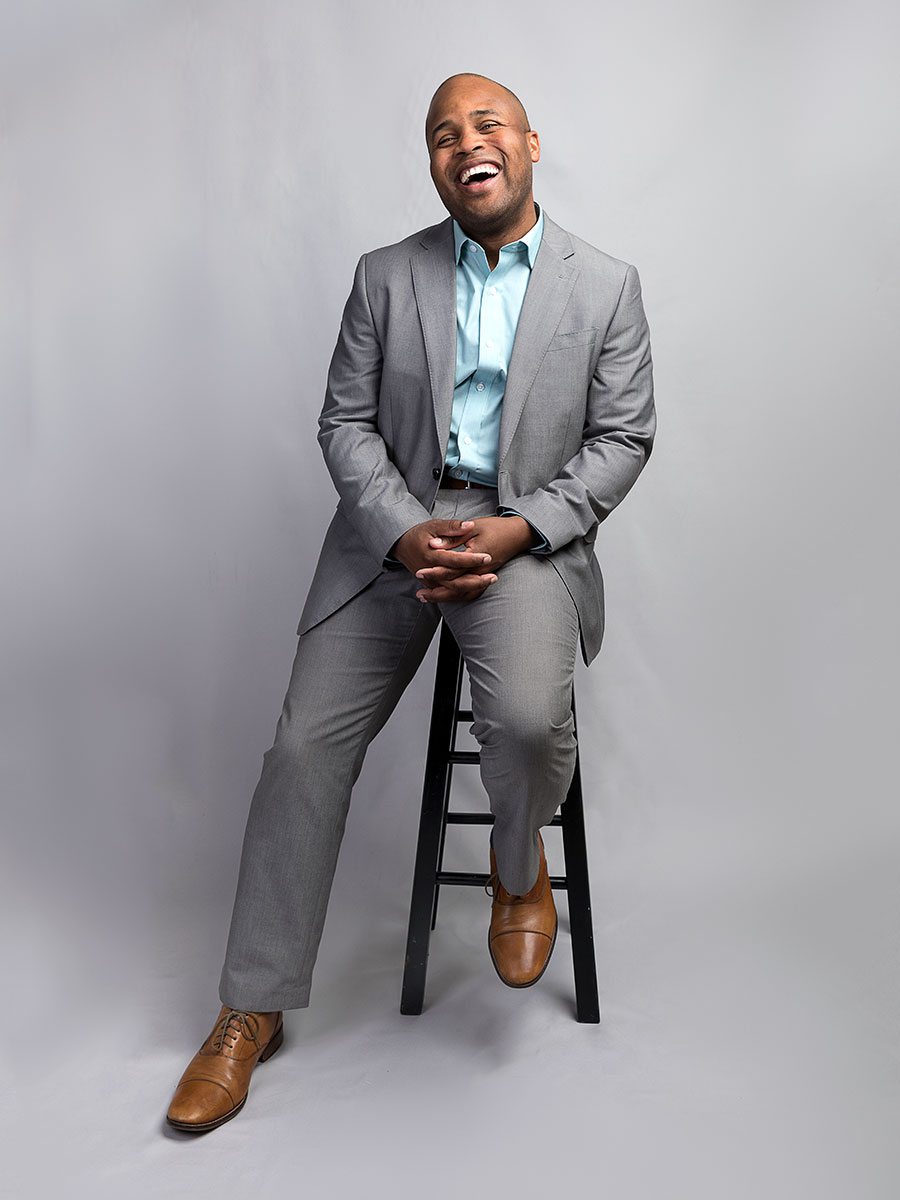 Take Note: Moss likes to spend his free time giving back to local kids. He serves on the board for Boys & Girls Clubs of Springfield, and when he and his wife, Christa, lived in Kansas City, they received the 2013 Big Couple of the Year award from Big Brothers Big Sisters Kansas City.

Maurice Moss has had family ties to Springfield since he was a kid, but now it’s the place he and his family call home. Despite being a relatively recent transplant, the 34-year-old has become an advocate for diversity in the community. He is a member of Minorities in Business, sits on the President’s Community Diversity Council at Missouri State University and believes one of the fastest ways to promote change is through society’s youth.

“When I was younger, I remember Springfield being not so racially diverse. Besides my aunt and uncle, I didn’t know anybody else really who was African American. When we moved here [in] 2017, I was very impressed with the changes Springfield had made downtown and how progressive it has become.

“It’s changing, but we still have a diversity issue. [If] you don’t see anybody like you doing anything, it makes it kind of hard to believe that there’s opportunity here. I feel like Springfield is very open, and it’s trying, and it’s pushing. In the next 10 years, if we could continue raising that number [of diverse people], we would, as a city, be better off because it would attract highly qualified talent to Springfield. Until we are able to change that perception of southwest Missouri, it’s going to be difficult to get the type of businesses you need to stay here. Google and Amazon are not moving to places where there’s not diversity because it’s one of their No. 1 priorities. Companies want a diverse workplace, so it’s kind of hard to move somewhere where there are no diverse candidates. To me, Missouri State’s where it starts, keeping our incredible, intelligent diverse students here [instead of] letting Kansas City and St. Louis pick them off.”