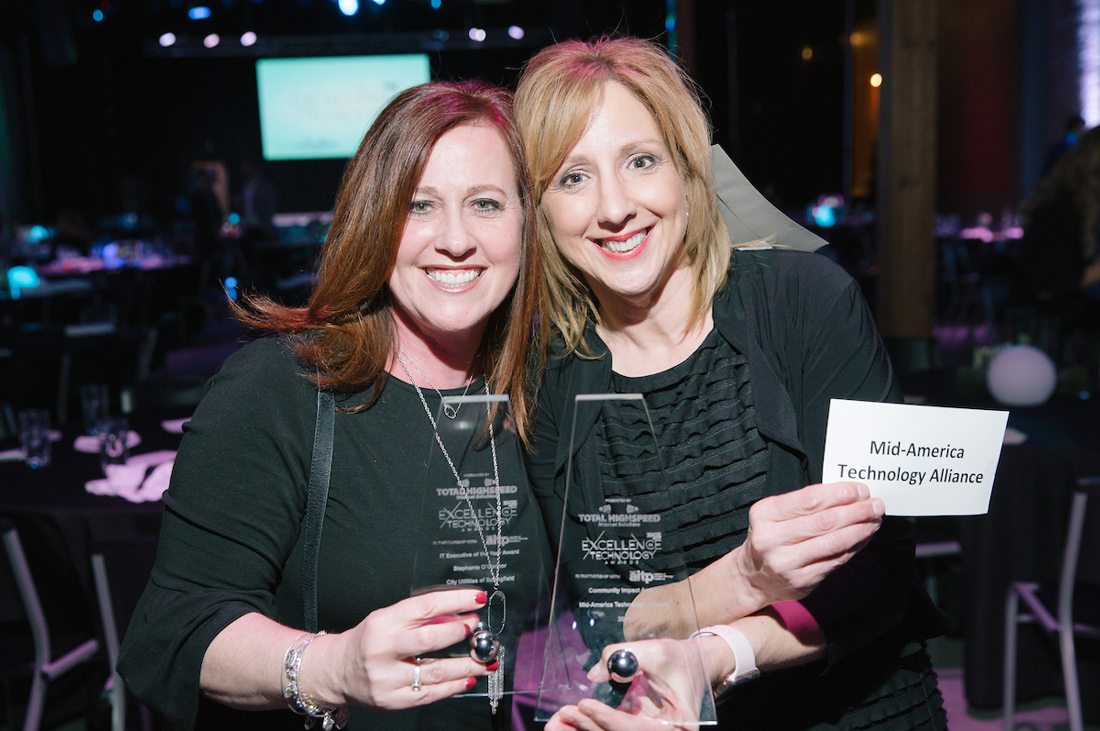 Photo by Brad ZweerinkStephanie O'Connor, left, with City Utilities of Springfield, and Sherry Coker, with the Mid-America Technology Alliance.

On March 1, Biz 417 and AITP of the Ozarks celebrated Southwest Missouri's technology sector at the second annual Excellence in Technology Awards. Three organizations and three individuals left as winners, as decided by an independent panel of judges.

The Mid-America Technology Alliance, led by Executive Director Sherry Coker, was started in 2009 and brings together area professionals, students and teachers in the name of making Springfield a leading technology community. Decidedly newer to the scene, Eagle Speak is a real-time communication and collaboration platform, founded Jason Arend and Myke Bates in 2015, that currently has users in more than 75 countries. The Daily Scholar, the brainchild of Andrew Goodall and Tim Dygon, stood out for its work in facilitating peer-to-peer learning via a new kind of online forum.

The individual award winners are Stephanie O'Connor for IT Executive of the Year, Myke Bates for Developer of the Year and Aimee Hendrycks for the Rising Star Award.

Read more about the winners in the May/June issue of Biz 417. Subscribe here.