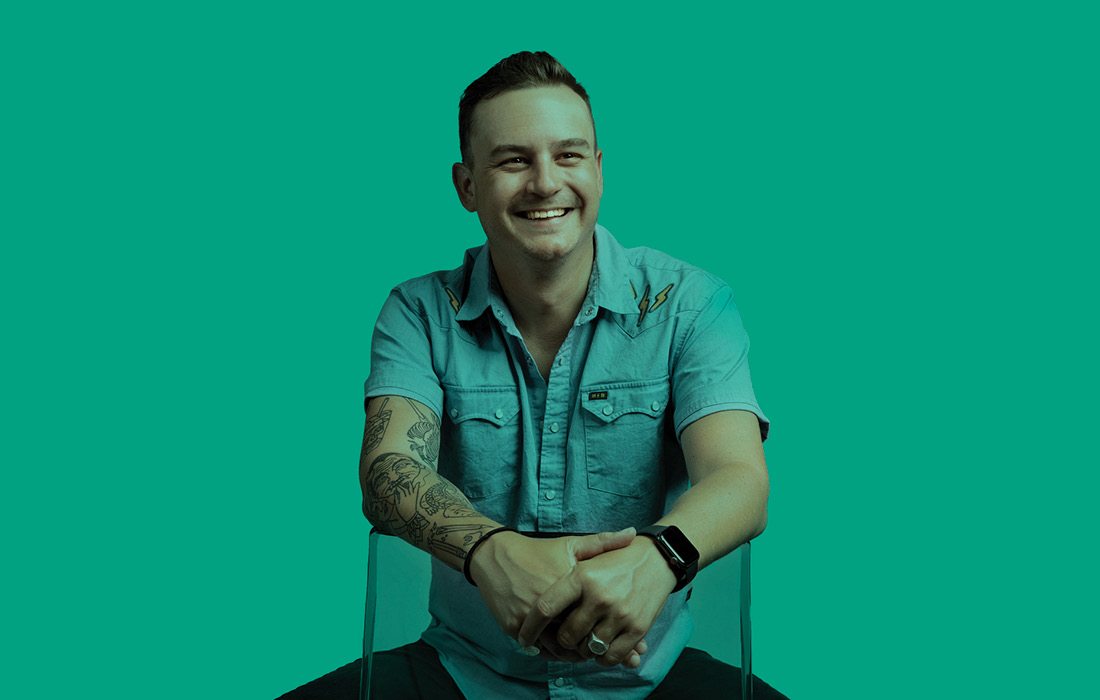 417-land Favorites
Meaningful Mentor: Gary Whitaker. “Gary is always generous with time, advice and a solid joke when you need one,” Sullivan says. “He also fundamentally understands my business and what it takes to be successful in my industry.”
Top Event: ArtsFest on Historic Walnut Street.
Instant Boost: The picnic tables at Cherry Picker.

Step foot into many of the locally owned businesses near Pickwick and Cherry, and you’ll see something designed by one of Josh Sullivan’s companies. “We’ve done work for The Royal, Culture Counter and Team Taco,” Sullivan says. “We’ve worked with Tie & Timber, too, and of course, Cherry Picker.”

Sullivan is founder of Fried Design Company and co-founder of Supper Co., both of which produce a multitude of work for 417-land restaurants. “It’s a really cool thing to go to a part of town and see so many things that you’ve helped create,” Sullivan says of Rountree. “It’s like that in downtown Springfield now, too. And it’s starting to happen in other parts of town, all around Missouri and even around the country.”

While Fried Design’s small-but-mighty crew of six focuses on high-end graphic design, Supper Co. is a full-service advertising agency. Its 11 team members specialize in food, alcohol, cannabis and hospitality work. “I think we’re bringing a sense of elevated design and branding to the area that perhaps wasn’t here before,” Sullivan says. “That’s not to say there aren’t really good designers and creatives here—because there are—but historically, a lot of high-end design work in Springfield has been done for bigger institutions and isn’t as seen on the local level. The little guy gets overlooked. Well, we help a lot of those little guys, and we’re seeing a lot of those little guys become big guys.”

A prime example is Big Whiskey’s, a restaurant that started in Springfield and now has more than a dozen locations in four states. “Being able to watch their growth and play a small part in it—and for us to have grown alongside them—has been really rewarding,” Sullivan says.

As each company’s portfolio expands, clients continue to line up. “I’d say we have about a 50/50 split of local and regional/national clients right now,” Sullivan says. While Fried will likely remain its current size, he says Supper is poised for growth. “We really want to grow into a national agency, and I think that we have the core talent to do that right now.”

Regardless of growth, one thing’s for sure: Sullivan’s ideas will bring magic to menus and pop to packages for years to come. “I’ll always do local work,” Sullivan says. “I have the opportunity to help the economy here by helping other people make more money... and I’m going to do it. It’s really important to me, personally, to give it all I’ve got. And I’m going to give Springfield all I’ve got.”