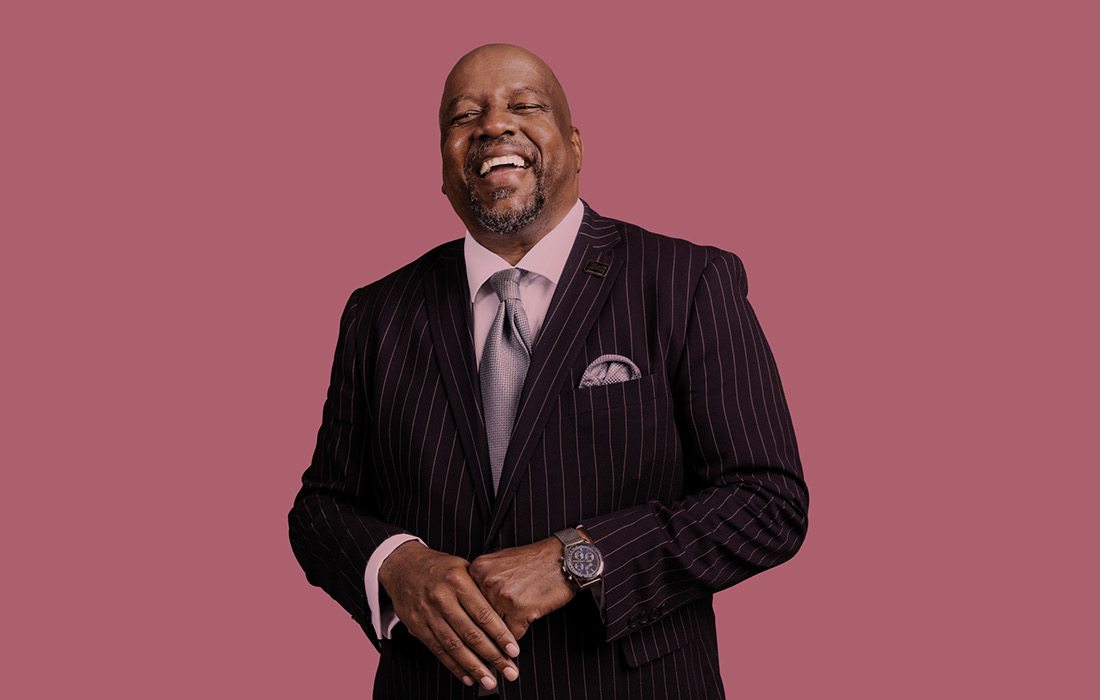 Photo by Brandon AlmsDr. Tyrone Bledsoe is the of founder/CEO of SAAB Purchase Photo

417-land Favorites
Meaningful Mentor: Missouri State President Clif Smart. “Clif is the main reason we moved,” Bledsoe says. “He was the last piece of the puzzle for me. When I saw how enthusiastic he was about us coming, I knew it would be a success.”
Top Event: The Springfield Area Chamber of Commerce Annual Meeting.
Instant Boost: A pedicure at US Nails on Glenstone Avenue.

In 1990, during his tenure as Associate Dean of Students at Georgia Southwestern State University, Dr. Tyrone Bledsoe made a shocking discovery. “I was looking at Black and white fraternities and sororities and their academic performance compared to other students,” he says. “In doing so, we disaggregated the data, and we learned that the Black male undergraduate GPA—cumulatively—was 1.75.”

Bledsoe immediately gathered a group of nearly 70 Black male undergraduates to learn their social and academic interests. This organically led to the formation of SAAB, a culturally sensitive national organization designed to help young men succeed in education and beyond.

Today SAAB is headquartered at Missouri State University, with 352 chapters in 41 states. Two-thirds of its chapters are at colleges and universities; the remaining are housed in middle and high schools. “Our success rate is off the charts,” Bledsoe says. “The national graduation rate for Black males ages 18-24 is barely 20 percent, according to Lumina Foundation. We’re graduating at 86 percent at the collegiate level. The national retention rate average is 50-55 percent, and SAAB is 80-85 percent.”

Since moving to Springfield in 2020, SAAB has become part of 417-land. “We have partnerships with all area colleges and universities, and we’re in all five SPS high schools,” Bledsoe says. “We hope to start phasing in middle schools within the city, and then we’ll have 14 chapters. No other city in the country has that many.”

SAAB helps root students in the fabric of the community. “One of my bold predictions is that in the next 10 years, I can see at least five of our guys seeking leadership roles, with an emphasis on City Council,” Bledsoe says. “They may even be running for commissioner positions and the school board. And then we have entrepreneurs who will be starting businesses here.”

While Bledsoe has a laundry list of reasons he’s happy with Springfield’s SAAB engagement, the excitement from SPS high school students tops the list. “They’re fired up,” Bledsoe says. “In our history, I’ve never seen high school students as excited and as passionate as these kids. And I’m just as excited because I know what we’re going to do in this community. We’re just getting started.”