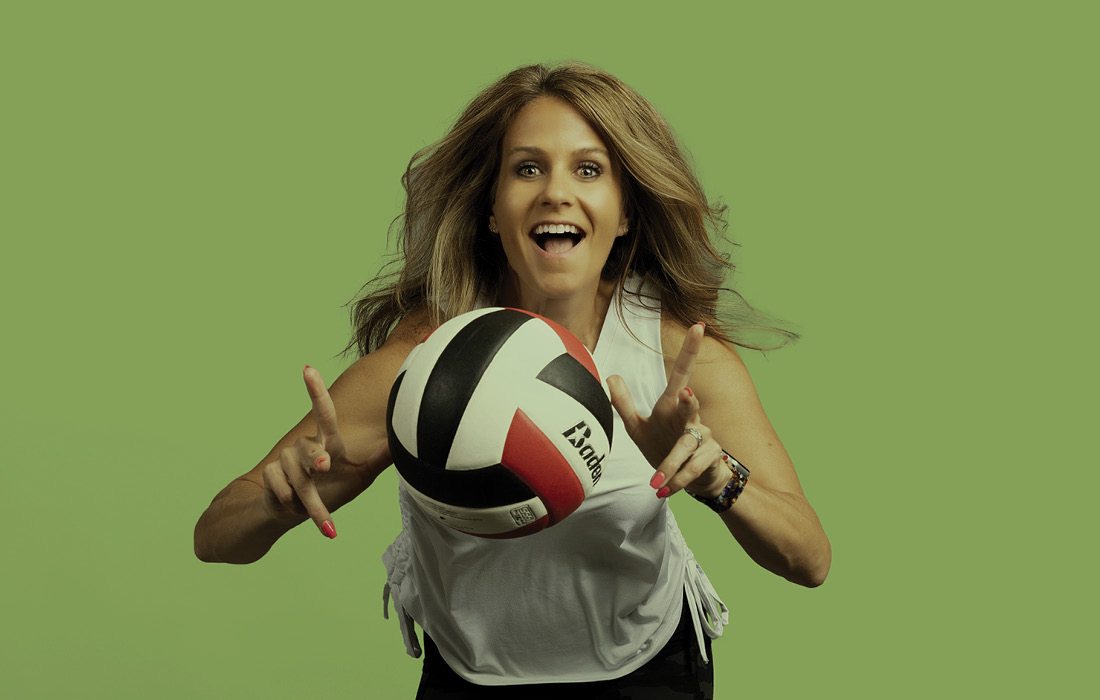 417-land Favorites
Meaningful Mentor: “My former boss, Kristen Naugle,” Wells says. “I’m a better person and stronger woman because of knowing her. She’s that big sister I never had.”
Top Event: “Friday Night Lights!” Wells says. “If I have to pick one game I never miss, it’s the Ozark/Nixa Backyard Brawl.”
Instant Boost: A mind-clearing drive around town—windows down.

Stacie Wells’s love of sports began in front of a T-ball tee. It deepened as she grew up and participated in volleyball, softball and track. When she thinks of those days, she’s as quick to talk about team sleepovers and bus rides as big games. “I remember braiding other girls’ hair on the way to games,” she says. “Those are the people you’re spending the majority of your time with. They’re your family.”

As Wells went on to college, started her own family and began her career, sports continued to play a major role in her life. She coached kids’ teams, and in 2013, she became the director of the Fieldhouse Sportscenter, where she worked until November 2021. Not long after she chose to leave that position, another opportunity came knocking.

“I got a Facebook message from the owner of a new project going up in Springfield by the airport,” Wells explains. “He was interested in talking with me about being the general manager.”

By January, Wells was the general manager of Betty & Bobby Allison SportsTown, a new complex consisting of 12 outdoor fields, plus a 94,000-square-foot facility with indoor fields, multi-use courts and more. “There’s also a 27-acre retail development that will house hotels and restaurants,” Wells says. “It’s definitely going to bring a lot to the community and that area of town.”

The complex is expected to be a popular destination for regional and national sports tournaments. “An economic development report predicted it will bring an additional $30 million in tax revenue to the area,” Wells says.

But she says the benefit for kids can’t be calculated in dollars. “For so many kids, that team sport is something they rely on,” she says. “It’s an outlet. I’m just trying to help kids who are looking for a place to play a sport they love.”