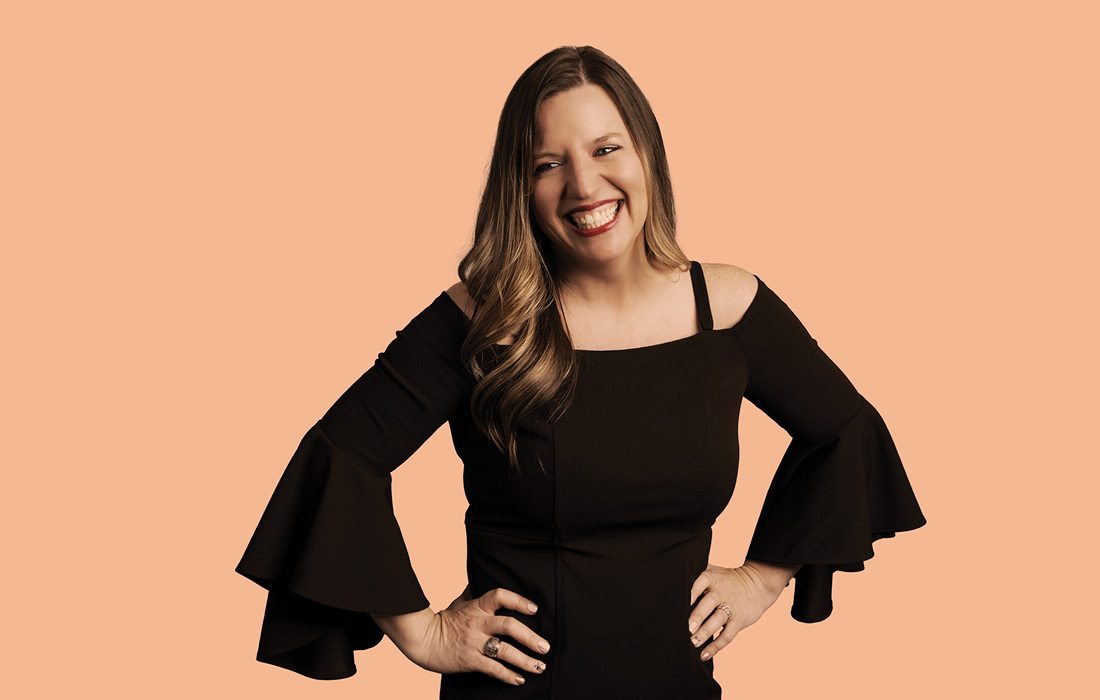 417-land Favorites
Meaningful Mentor: Past Artistic Director of Springfield Little Theatre, Mick Denniston, who died in 2007. “He was the first person in the community that believed in me. That will stay with me forever.”
Top Event: Springfield Catholic’s Emerald Evening
Instant Boost: “Hands down, an Andy’s butter pecan concrete,” Martin says. “Best therapy ever.”

Gabrielle Martin never planned to leave her job at Hickory Hills Country Club, but she knew she had to make the switch after hearing C.J. Davis, Burrell Behavioral Health’s president and CEO, say, “We need to become the Mayo Clinic of mental health.”

Martin calls it a divine moment. “Not only was I born at Mayo, but I had recently experienced a traumatic situation that hit very close to home around that same time,” she says. And she knew Davis was right; the need for better mental health care was significant. So she became Burrell Foundation’s first-ever executive director in November 2020.

“The Burrell Foundation was created in the 80s, but it had been inactive in the community for some time,” Martin says. Given Burrell’s continuous growth—since 2017, it’s more than doubled its mental health providers—Martin says the need for a philanthropic conduit was apparent.

Burrell Foundation strategically focuses on four main impact pillars: mental health awareness, community engagement, program enhancement and creating a culture of giving. “I would love for us to be the first thing people think of when they think of mental health support,” Martin says. “And I’m not just talking on the financial side of things. If you need mental health support, or your family or friends need access, or you want to donate or leave a legacy gift, you think, ‘Burrell Foundation.’”

Martin also has a goal of growing the footprint for the Burrell Foundation, representing all Burrell regions in its current four-state territory. She draws inspiration from the enthusiasm people have expressed for the Art of Being ME, a multimedia collaboration between Randy Bacon, Burrell Behavioral Health and the Burrell Foundation. “The conversations, the tears, the laughter—these discussions need to happen all the time, everywhere,” Martin says. “We plan to bring this exhibit to communities all over the country in an effort to shatter stigma and offer hope through these crucial conversations.”