John and Billy McQueary, two Queen City natives, have dedicated themselves to helping the revitalization of downtown Springfield with Hotel Vandivort. Now they're set to expand their concept with their latest hotel, V2. 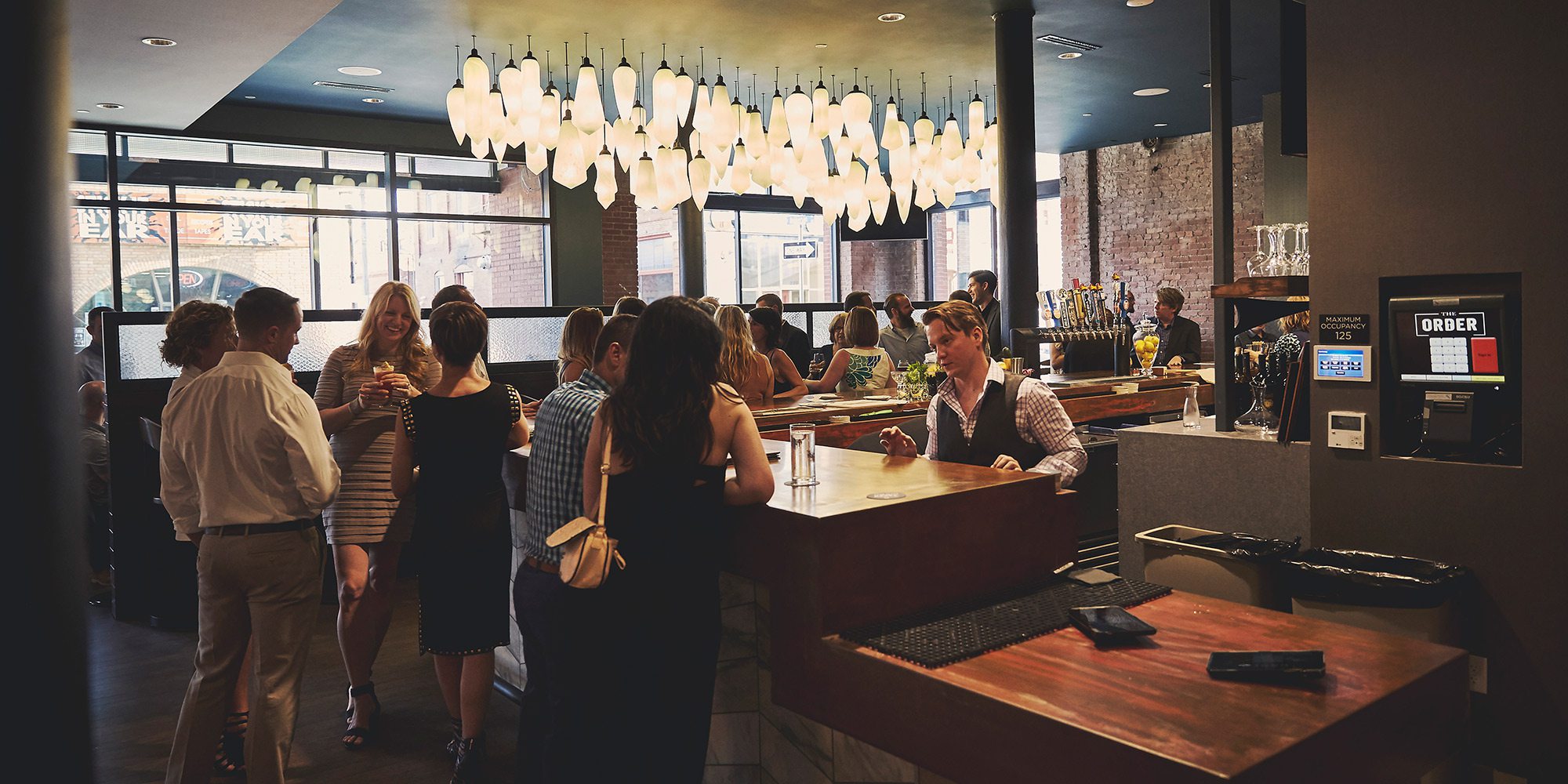 Let’s be honest. Springfield has a love-hate relationship with downtown. Locals older than 35 tend to hang out south of Sunshine Street, but visitors to the Queen City are drawn to the historic square—and they’re not alone. The city and its throng of young and ambitious entrepreneurs are unabashedly dedicated to reviving the downtown grid. New restaurants, bars and lofts have gobbled up once vacant storefronts. Today, few of downtown’s buildings stand empty. Two Queen City natives who have dedicated their efforts to rejuvenating the downtown drag are brothers John and Billy McQueary, co-owners of Hotel Vandivort. In 2015, the McQuearys made themselves part of downtown’s heartbeat when they opened Hotel Vandivort—a 50-unit boutique hotel. The project was risky. Parking was limited, the historic building was a landmine of construction pitfalls, and the anemic economy was barely beginning to drag itself out of the recession. But for John and Billy, everything relating to Hotel Vandivort was full steam ahead. “The goal of this hotel was to be an economic and cultural spark for downtown,” John says. “A big part of the concept was to give an authentic sense of the city, and the only way to do that is to do it downtown.” The way John sees it, Springfield’s history, culture and identity stem from its downtown roots. “In my mind, there was nowhere else to be, even if this was considered a higher risk,” he says. 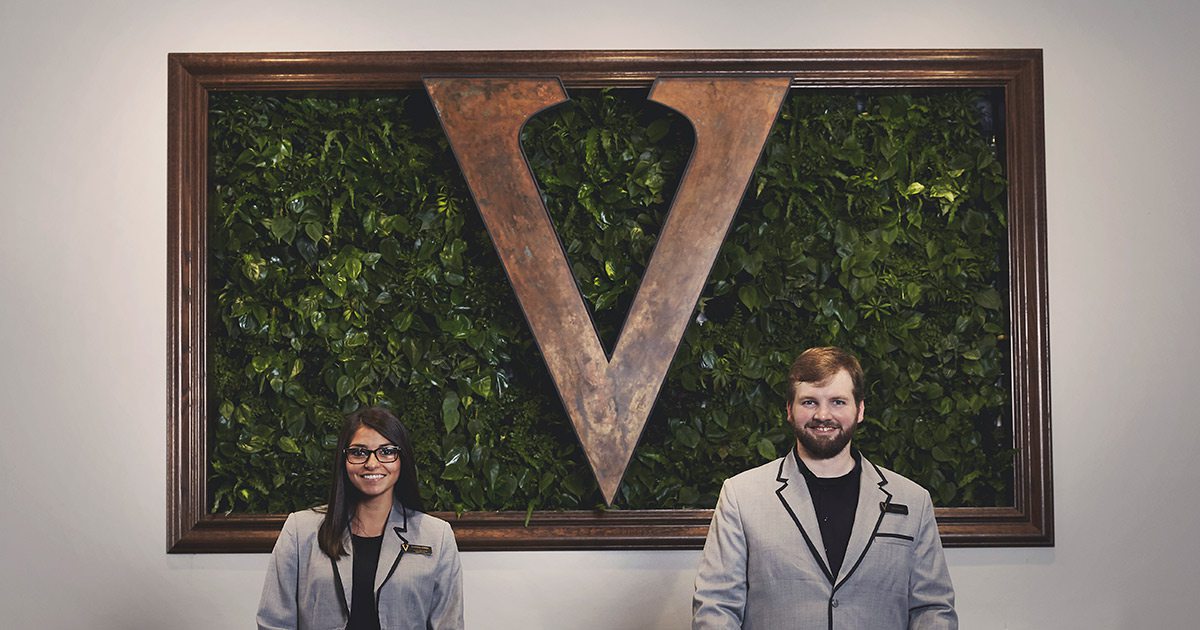 Photo by Starboard & PortHotel Vandivort prides itself on being an art centric hub in downtown Springfield.

When Hotel Vandivort opened on July 13, 2015, the polished, art-forward hotel quickly became the bedrock of downtown. Hotel Vandivort became Springfield’s first hotel to earn the Four Diamond Rating by AAA and was named the 2016 Boutique Hotel of the Year by the Boutique & Lifestyle Lodging Association. Locals and visitors agreed—Hotel Vandivort was a hit. Within nine months of opening, the hotel’s management company was pestering the McQuearys about expanding, but John and Billy needed a break. “We were still recovering emotionally from getting that first building open,” John says. When the brothers talked about expanding, they figured they would explore the option five years after opening. They never imagined they would need to expand so quickly.

“A big part of the concept was to give an authentic sense of the city, and the only way to do that is to do it downtown.” 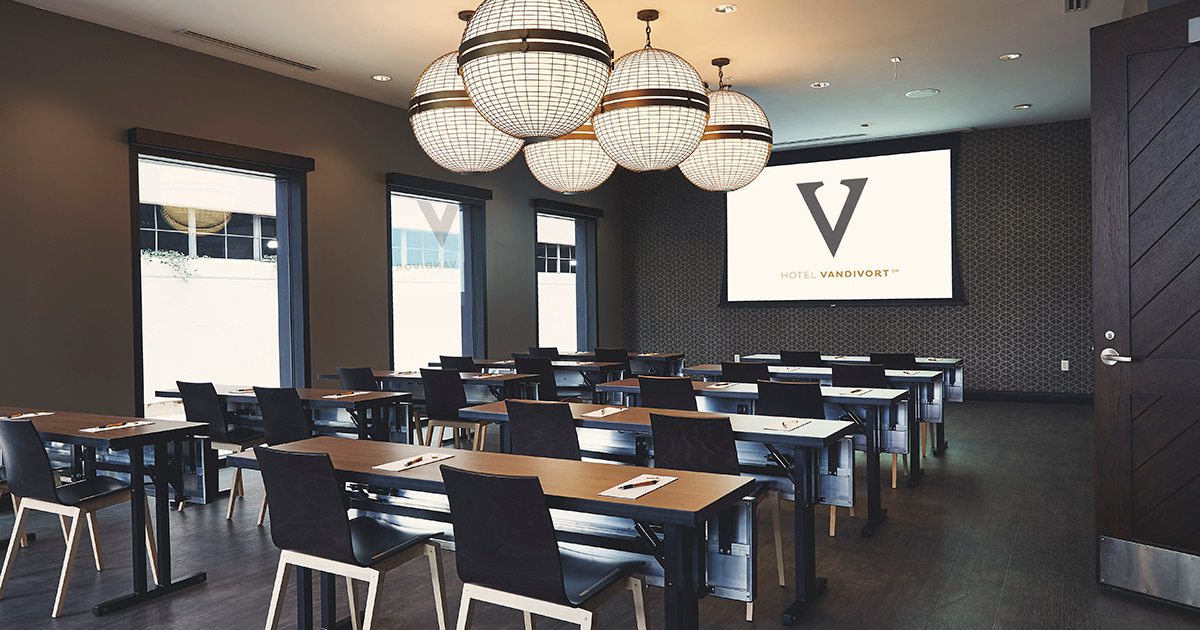 “Of course we’re targeting people visiting Springfield,” John says. “But just as much, we were trying to target our local market.” The McQuearys wanted Hotel Vandivort to be a place where Springfieldians could get a drink, enjoy dinner, gather with friends and, as John explains, “be in the space and a piece of making it a true taste of our city for people who travel so they get to experience local food, local art and local people." 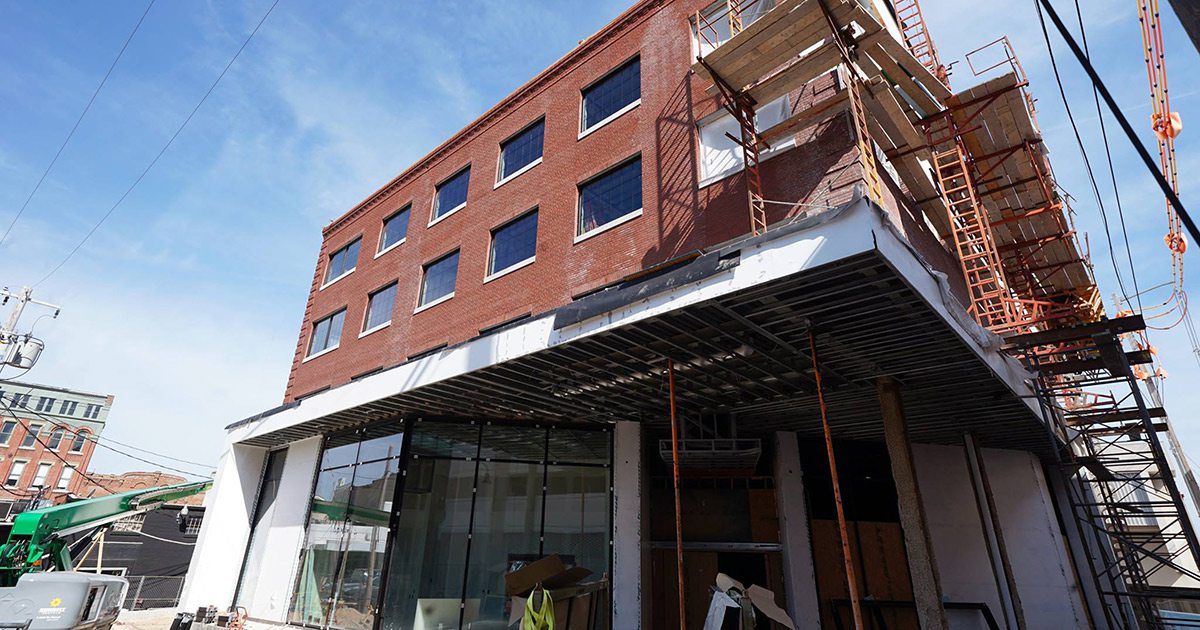 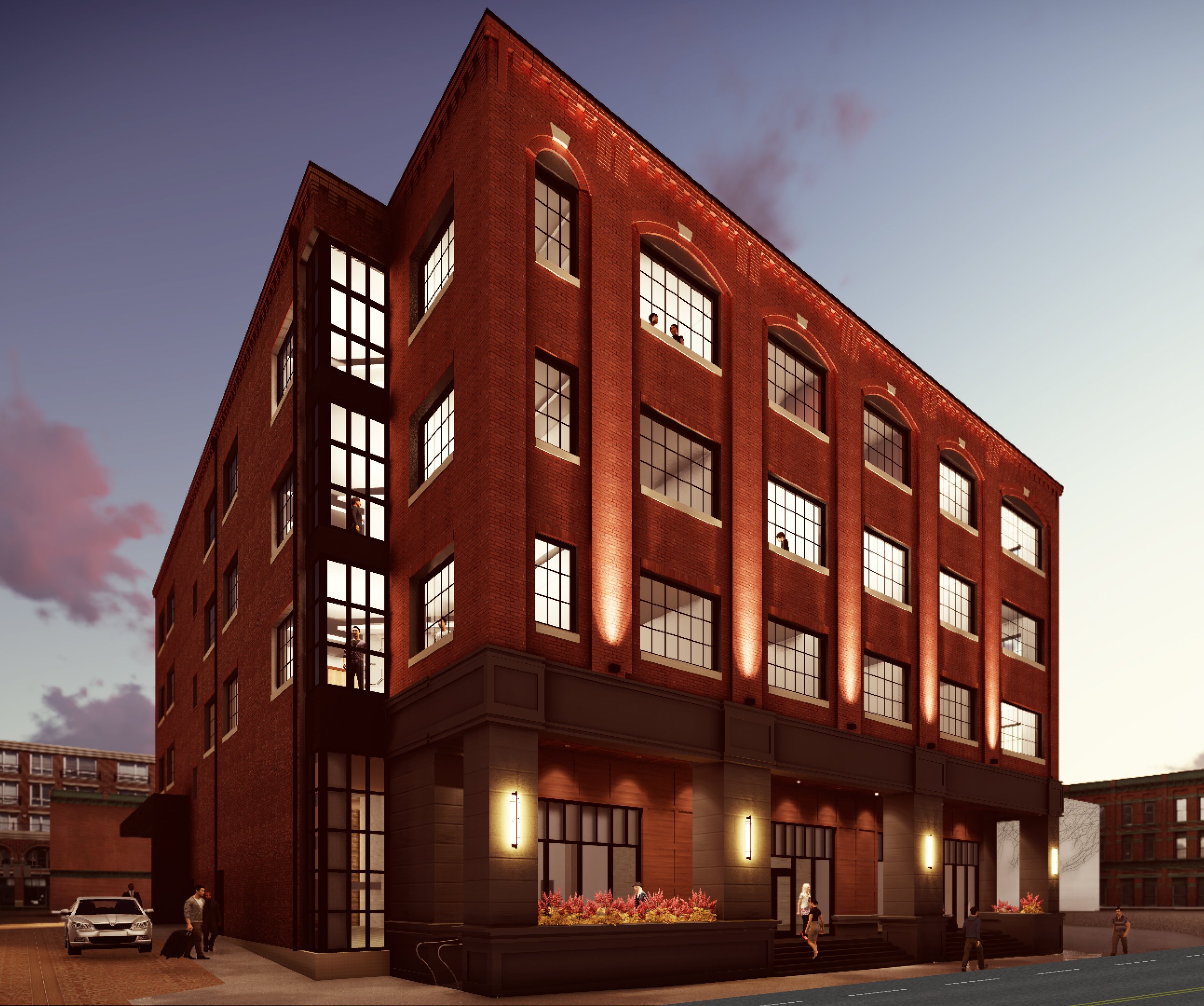 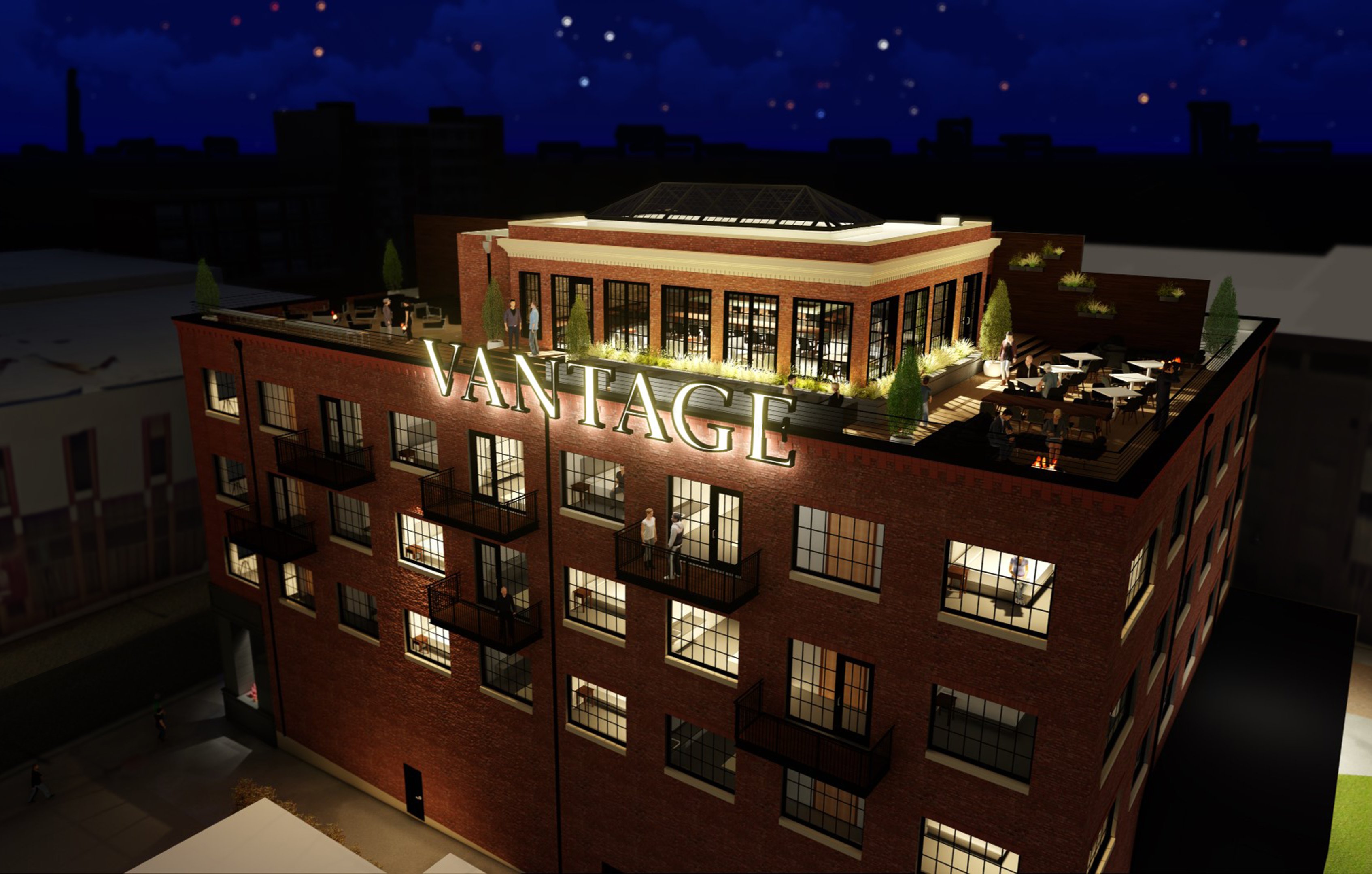 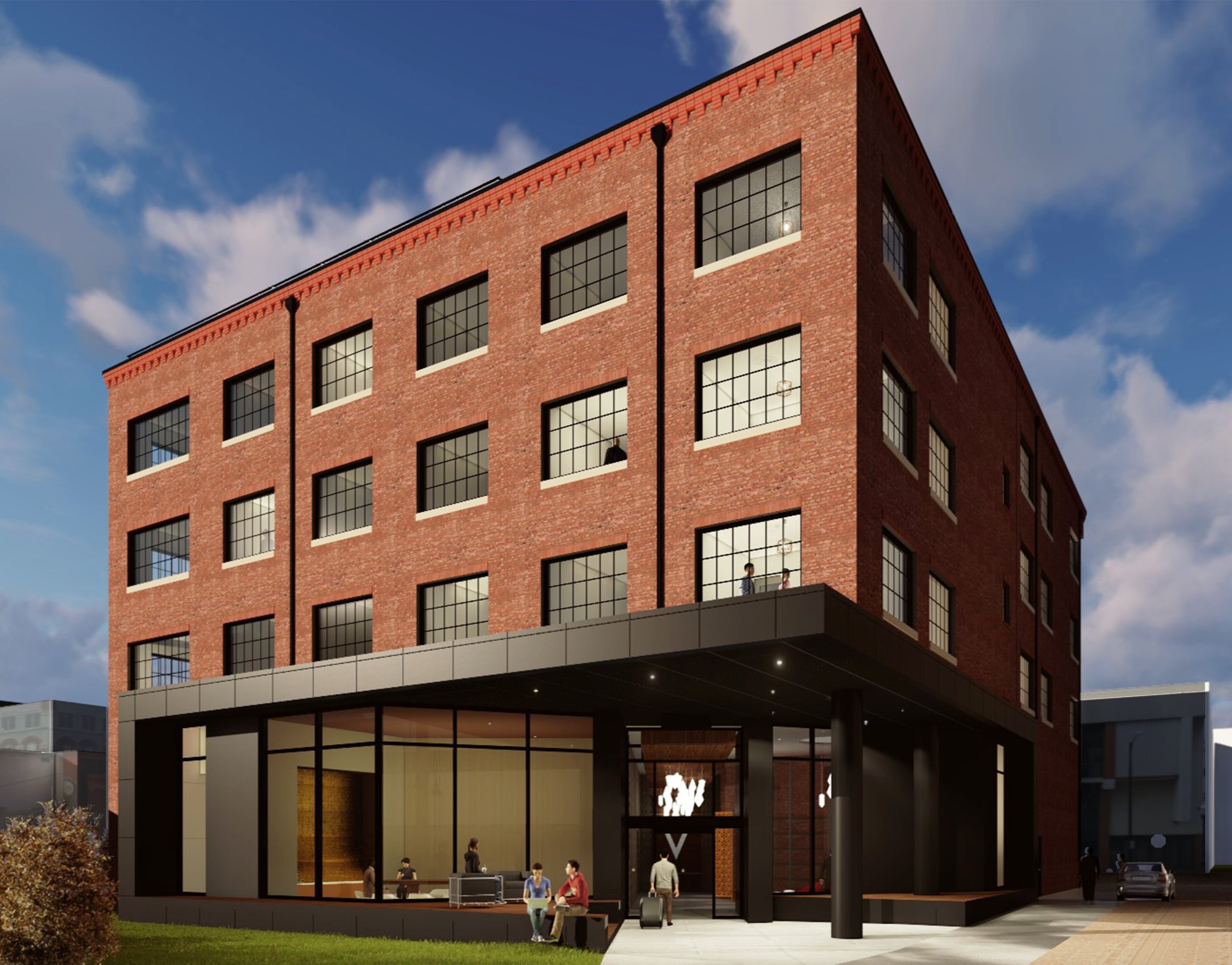 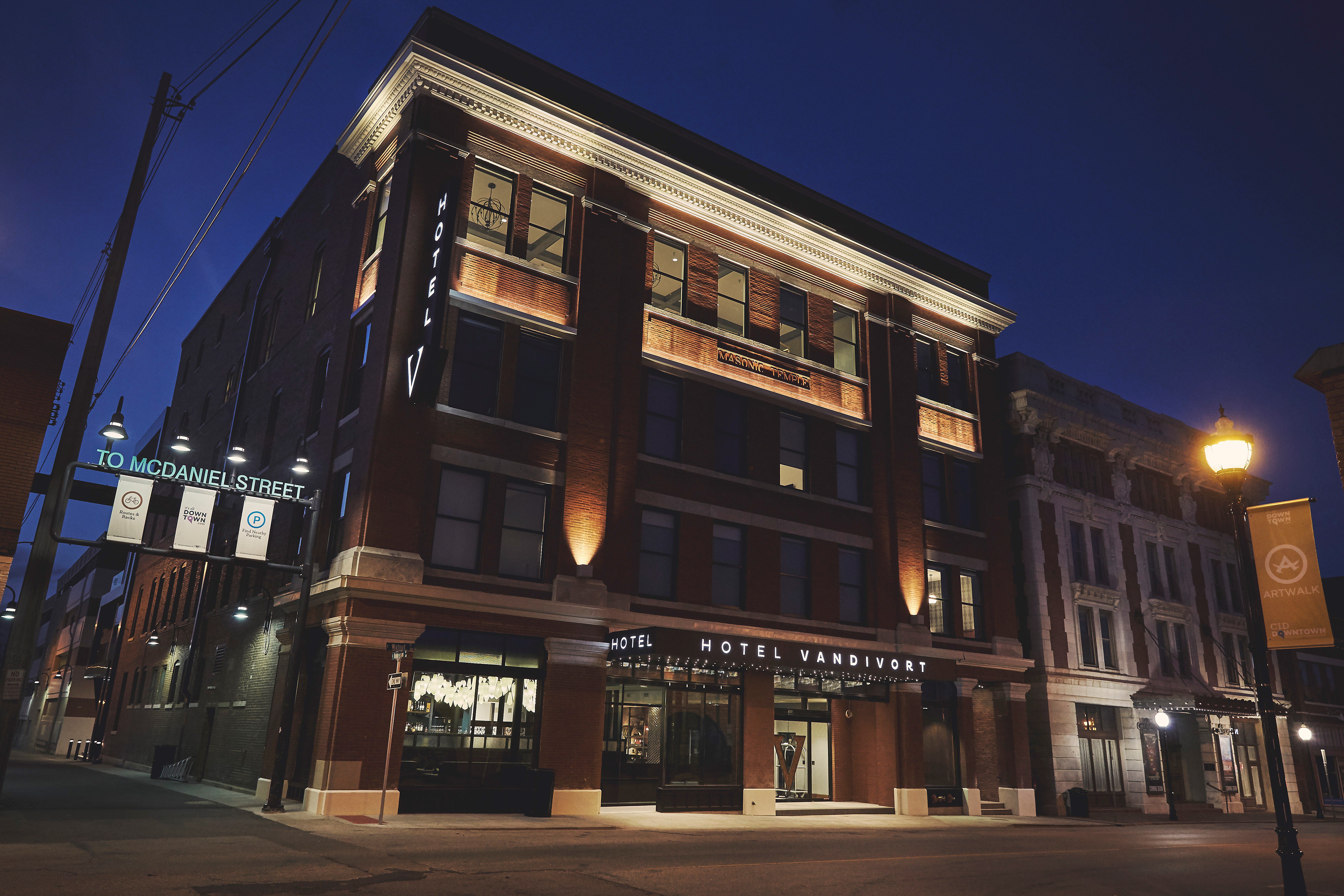 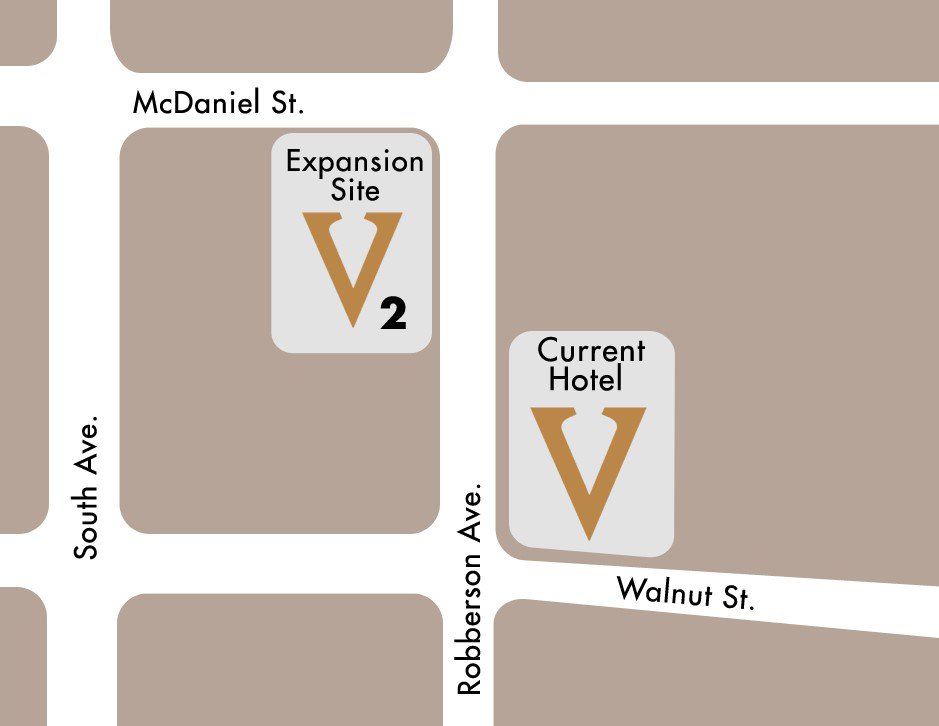 In January 2018, John and Billy announced Hotel Vandivort was expanding, and construction of a four-story, 48-room extension of the hotel began in the parking lot behind Vandivort. Unlike Phase 1, which is better known by the McQuearys as Historic Vandivort, V2, as it’s called, has been a much smoother project. The 42,000-square-foot building will be just a few steps away from Vandivort’s back door. And while the two buildings will not physically connect, Historic Vandivort and V2 have been designed to “interact with each other.” Guest rooms will be similar in style, though a little less industrial and a little more glamorous, and a fifth-story rooftop bar, Vantage, will offer a view of downtown.

V2 isn’t the only hotel project springing up in downtown. The market is becoming increasingly competitive, which is something John finds exciting. “We see those as victories for Hotel Vandivort,” he says. “It gives us a feeling that we had some small part in being a cultural and economic spark. To see a major brand like the Hilton going in kitty-corner from us, that’s fantastic. That’s just more momentum for downtown,” And that, as the McQuearys have always said, “is great.” 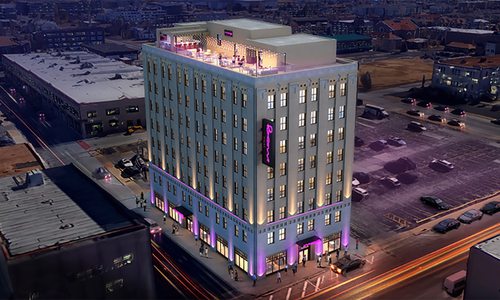