The Moxy Hotel concept by Marriott aims to appeal to younger travelers with splashy, party-themed concepts. The historic Medical Arts Building in downtown Springfield, MO will undergo renovations for a summer 2020 opening. 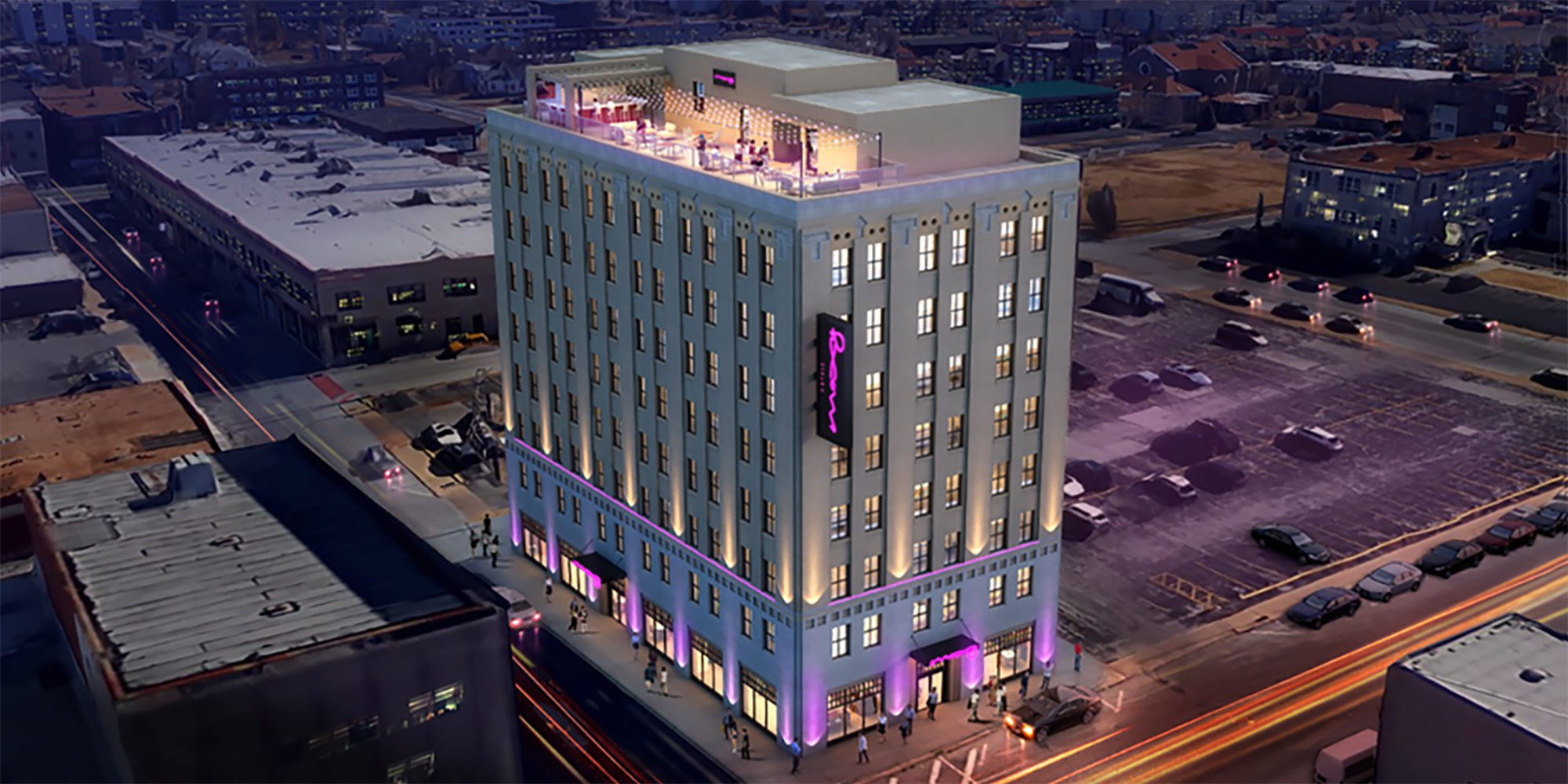 Photo courtesy Buxton Kubik Dodd Design CollectiveThe Moxy Hotel aims to make a splash when it arrives in 2020. The above rendering is a glimpse of what is to come. Purchase Photo

The first thing you’ll notice when you walk into the new Moxy Hotel, which is slated to open in downtown Springfield in the summer of 2020, is the lack of a traditional check-in. Need to get your room key? See the bartender. “This project will speak to future generations,” says Tim O’Reilly, CEO of O’Reilly Hospitality. “This is more entertainment-focused.” Thatʼs an understatement.

Moxy—one of Marriott’s new boutique hotel brands—is a splashy, party-themed economy hotel geared toward young travelers and adventurers looking to have, as O’Reilly calls it, “an entertaining experience.” The hotel’s website is a mix of black and hot pink with images scrolling by showing hotel guests reveling in the nightlife. The tagline here is “Play On.” Wi-Fi is free. The coffee is fresh, and craft cocktails are waiting. The boutique concept is a relatively new one for Marriott. Moxy Hotels debuted in 2014 with the first location opening in Milan. Since then, Moxy Hotels have popped up in major cities including New York City, Chicago, Memphis, Atlanta, New Orleans, Seattle and Denver. When O’Reilly pitched the idea to open Moxy’s third Midwest location in Springfield, he had some convincing to do. “We had a lot of conversation,” he says. “This is pretty different from their normal strategy where they focus on big urban markets.” To prove to the Marriott team that the Queen City was ideal for something edgy like Moxy Hotels, O’Reilly invited them to tour the historic building he planned to renovate. It worked. “When they visited downtown and saw the building and the historical significance, they became big fans of the project,” he says. Eventually, Marriott issued the Moxy franchise for the project.

O’Reilly Hospitality is venturing outside of Springfield, MO with a host of new property developments in the works. Here’s the breakdown.

O’Reilly Hospitality bought the eight-story brick building three years ago, and, at press time, construction was still in the planning and design phase as developers wrestled with what O’Reilly calls “historic issues.” It was the building’s historic character and charm that won O’Reilly over. It was the travertine tile walls and floors, historical fixtures, crown molding and the potential for a rooftop bar that sparked his imagination. “There’s no way to recreate that historic nature of the building,” he says. Sticking with Moxy’s mantra of Play On, the Springfield location will have three food and beverage areas: one in the lobby, one on the roof and a speakeasy that doubles as a meeting and event space in the basement where guests will be able to see the building’s coal stains on the walls.

Some of the rooms will be set up for groups that care more about the day’s itinerary and less about booking a king-size bed. “People aren’t just looking for a hotel to get a good night’s sleep,” O’Reilly says. “They want to mingle and have a bar with craft cocktails and a lively situation.” To accommodate the budgets of the younger traveler, many of the rooms at Moxy will feature bunk beds. Instead of being side-by-side—Brady Bunch style—queen beds will face each other to make the most of the room’s limited footprint.

But the Moxy isn’t O’Reilly Hospitality’s only project geared toward a younger audience. It opened the Barley House event venue at Moon Town Crossing in April. The modern-rustic barn is next to the Holiday Inn Express & Suites located at 3060 N. Kentwood Ave. in Springfield. And the company is already at work developing Big Shots—an outdoor driving range similar to the popular Top Golf. That project is scheduled to open in the summer of 2020. While an events venue and driving range might seem worlds apart, they align with O’Reilly Hospitality’s game plan: Develop entertainment and event spaces that draw visitors to Springfield who then stay in area hotels. If you can increase the audience and the demand, like Wonders of Wildlife has, then the market’s growing supply of hotel rooms might seem a little less concerning for developers like O’Reilly.

The Vib Hotel, pronounced "Vibe," has modern interiors that were designed to appeal to a younger, millennial demographic. The location in...