After experiencing steady growth over the last twelve years, the creators of StepNpull, Mike Sewell, Ron Ely and Kelly Coddington, are dealing with explosive demand in response to the ongoing COVID-19 pandemic 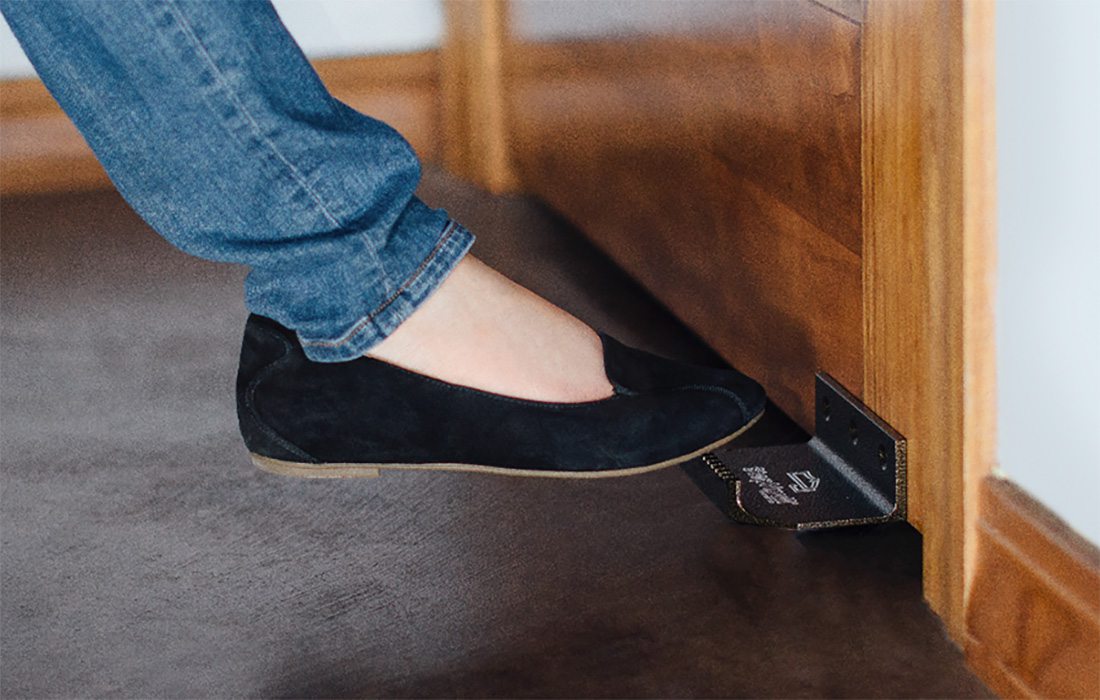 Courtesy of StepNpullStepNpull allows users to open a door without having to touch a handle.

In a time long before the COVID-19 pandemic, StepNpull was created with a simple purpose: provide a more sanitary approach to opening bathroom doors. Now, in a time where everyone is more conscious than ever about what they touch, demand has never been higher for StepNpull.

The idea for StepNpull first came to co-founder Mike Sewell in 2007 while he was handling operations for a telecommunications company. “I started to notice people were using paper towels to grab the door handle all the time and thought, surely there’s a better way,” Sewell says. He brought this idea to his then co-workers, Ron Ely and Kelly Coddington, and the three began brainstorming the best way to create a solution. Eventually, they settled on an aluminum bracket, designed by Coddington, mounted on the inside of a door allowing users to step on it and pull the door open. From there, StepNpull was born.

In March of 2020 alone, as the United States first started reacting to the COVID-19 pandemic, StepNpull sold more than 53,000 units, which Sewell notes is nearly as many units as they had sold in the company’s lifespan. Even if it required quick thinking to scale their operation, this near overnight success is a good problem to have. “When this all hit, we saw the reach StepNpull really had,” Ely says. “Nick [Simmonds] was really good about social media, and we had a couple of viral videos that went crazy, which helped even before the pandemic.” Having landed contracts from organizations including NASA in 2018, StepNpull is now getting contracts from tech giants such as Google and Facebook, as well as universities and other businesses around the United States.

As StepNpull’s stature has grown, its myriad applications have become apparent, too. Sewell notes that they’re now seeing applications on the doors of businesses like UPS Stores for hands-free convenience where people might have their hands full, on doors in clean-room environments at pharmaceutical companies and even just doors in public places that a lot of people are touching. Sewell even notes how they’re currently testing an add-on for offices to convert their latched doors to semi-latchless, which are more compatible with StepNpull, as people slowly return to work “We’re actively seeking and finding ways to further the reach on applications for StepNpull.” Sewell says. “It’s not just a bathroom item anymore.”

StepNpull is manufactured in southwest Missouri, which was a huge boon for Sewell, Ely, and Coddington when their first influx of COVID-19 sales started coming in. “We didn’t have tens of thousands of units in stock,” Sewell notes. “We would make a few thousand at a time and that was about once a month. Once we’d start selling through those, we’d make another order, but we immediately found what our limitations were.” This meant scaling up their original manufacturer from 200 units a day to 1,000 units a day and even adding a second manufacturer to keep up with explosive demand.

StepNpull’s start off as 20-foot sticks of aluminum C Channel, delivered to the manufacturer from a foundry in Texas. This stick is created via an extrusion process where hot aluminum is pushed through a mold measuring three –inches wide by an inch-and-a-half tall. “Kinda like Play Doh from back in the day,” Sewell notes. “You had the mold, you pushed the handle down, and it squirts it out."

Date Founded
November 2007
Number of Employees
12
Mind to Market
“It’s maybe a week’s process. You machine the product, then it has to go and be coated, either powder-coated or anodized, and then the engraving process to put our logo and name on before it ships out to sales,” Sewell says.
Most Popular Item
Silver StepNpull
Maker’s Choice
“I just like the black because with the anodized finish and the way it is engraved, the logo really pops,” Sewell says.

From there, those StepNpull sticks are delivered to a machine shop in southwest Missouri where they are then cut down into five-inch long pieces. From there, Sewell notes that the machine shop then uses jigs and fixtures to put them in their mills before it goes through CNC (computer numerical control) machining. Sewell describes this as ”a program that does all of the machining based off a computer and controls all of the tooling.”

After the machining process is done, the StepNpulls are sent off to either a powder-coater or anodizer, depending on which finish you order. The powder coating process involves the StepNpull being hung from conveyor lines, sprayed with paint, and then sent through an oven to bake on the durable finish. Anodizing, on the other hand, creates a durable finish by dipping the aluminum StepNpull’s in an electrolyte acid bath and running an electrical current through them to oxidize a bond. After each of these processes are complete, the StepNpulls are sent off to be engraved with the company logo before being packaged up and shipped out. 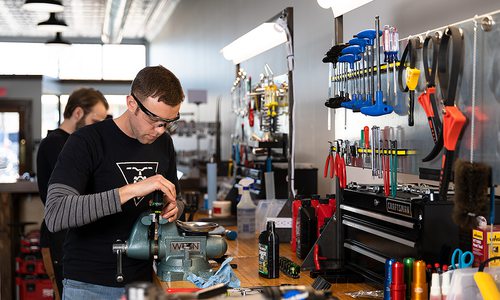 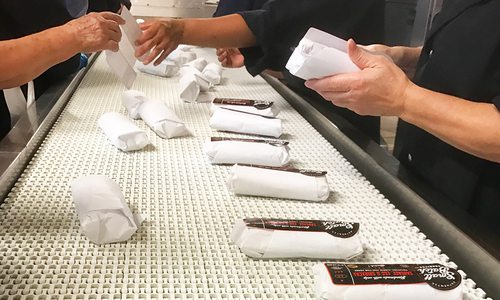 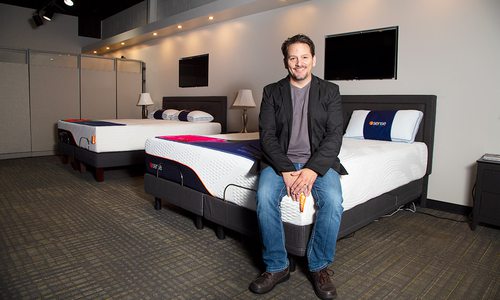 Moonbeam Development Problem-Solves for Their Clients

When businesses feel lost in the mobile-first environment, technology company Moonbeam Development is ready with a guiding ray.