Vice President and General Manager of the Springfield Cardinals 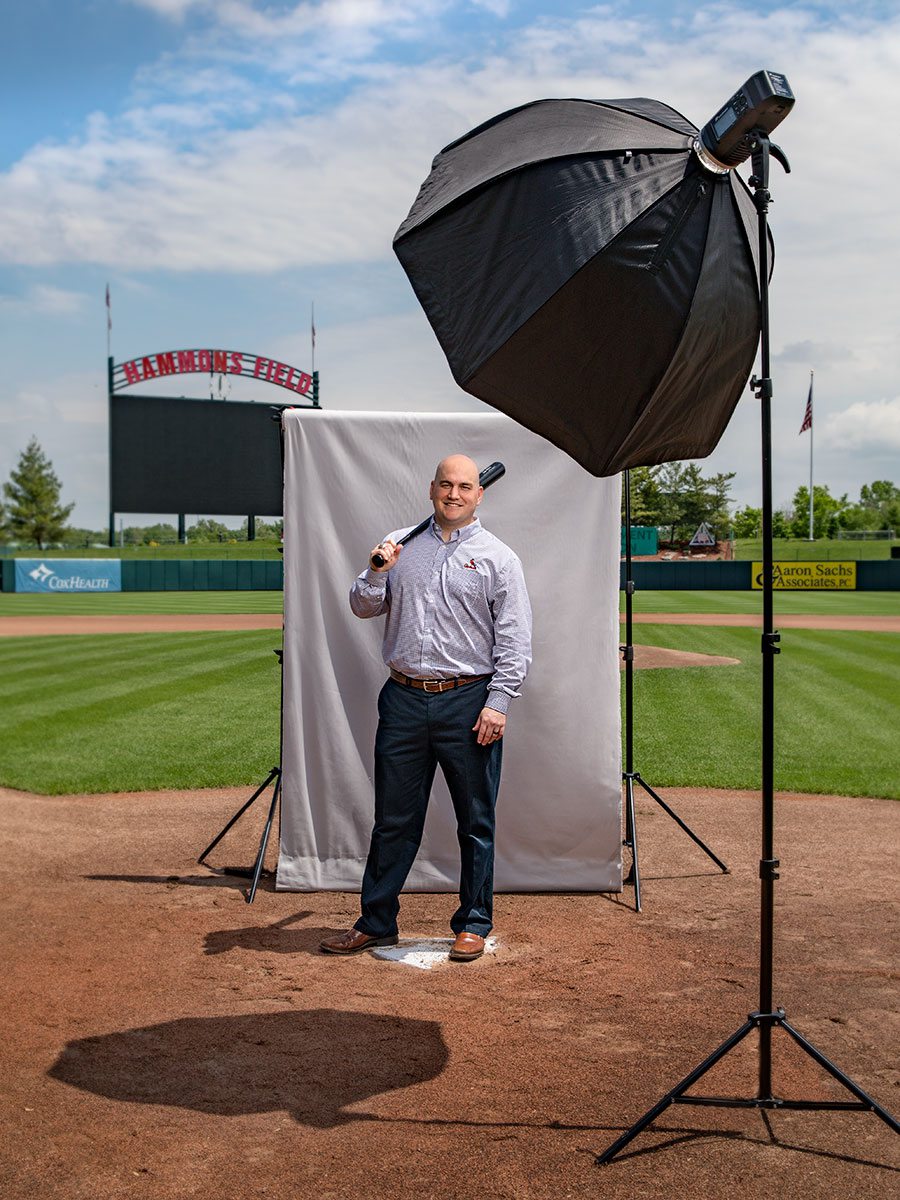 Take Note: A big St. Louis Cardinals fan, Reiter won a TV contest and got to be president of the team for a day in the early 2000s. His enthusiasm helped secure him a job as account executive when the Springfield team formed.

Dan Reiter, 37, isn’t afraid to tell you he loves his job. His enthusiasm for the organization he’s worked for since 2005—the Springfield Cardinals’ inaugural season—practically seeps from his pores. In June 2017, Reiter became general manager and has wasted no time setting ambitious goals for his employees and his team.

“I’m an advocate for change. You have to have change to have growth, and I want to grow the team. Our goal is at the end of three years to sell out every Thursday-through-Sunday game, to have the best employee culture in all of Springfield and to become the focal point of Ozarks pride and a regional example of helping in the community.

“[We need] to re-energize our fans, to look for change that makes our crowds as large as they were in season 1. I always ask myself: What do fans want? And I think that simple premise has guided me very well. Instead of thinking about what can the Cardinals sell, I try to think of what do fans want. It’s very easy because I’m a fan, and I remind our staff that. The only reason that I’m here with the Cardinals [is] that I was a giant fan who won a TV contest.

“I’m in my dream job. It’s kind of calming because I’m not worried about what’s my next step up. It’s given me a very different focus from what I’ve had in the past. My new focus is on making this community better and making sure that the Springfield Cardinals are as welcoming and growth-oriented as we possibly can be.”