Founder of Self Interactive and Tacit 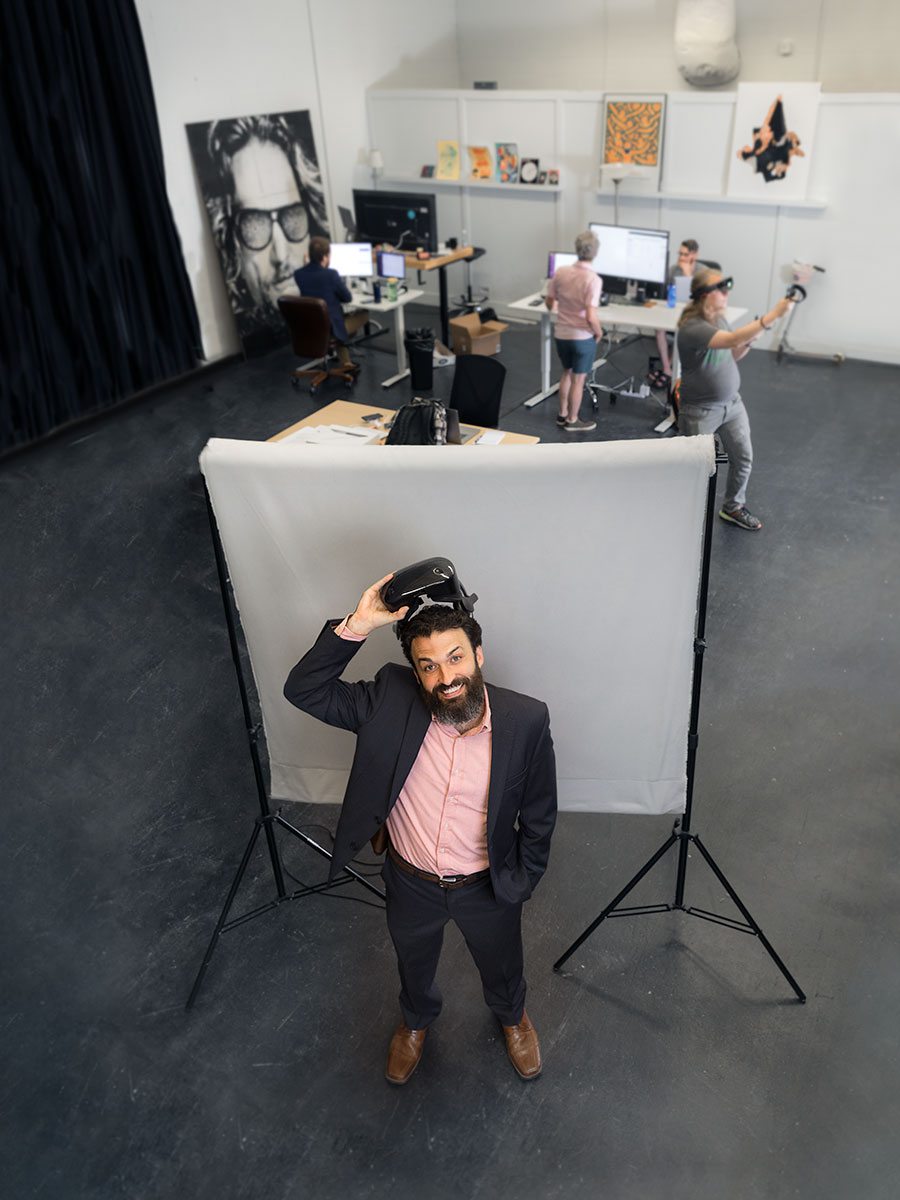 Take Note: Rosenbury is no stranger to building things from the ground up. In college, he opened LemonDrop, a community art and music space, and served on the founding board of Springfield Creatives in 2014.

Charlie Rosenbury, 32, has an eye for progress. Self Interactive, his formerly solo web development venture, is now an interactive development studio encompassing eight employees and a second brand called Tacit that harnesses the power of virtual and augmented realities to create custom training simulations.

“I think what really excites me about this space is the possibilities that are opened up with these new interfaces to the digital world. Something similar to all this stuff we’re playing with now is the future, without a doubt. What’s interesting is thinking about the possible applications [of VR and AR] and then also getting to have a hand in determining best practices. The hyperlink is so obvious now, but that was a groundbreaking idea when they came up with it. So, what’s the next thing? I feel like no one’s really cracked whatever’s going to be the most natural way to interact with a lot of these things.

“I think we’re well positioned in Springfield, more than other people would think, to actually take this out into the business world because of all the manufacturing and the health care and the size of the town. [It] is that perfect balance to where it’s easy to get meetings with people, but it’s also big enough to actually have companies of [a decent] size. It’s just really exciting to be exploring this uncharted world.”