Turns out, sharing your business’ finances with your team is a win for everyone.

Turns out, sharing your business’ finances with your team is a win for everyone. This style of transparency where you share your company’s profits, its losses, its revenue streams and its financial struggles is called open book management. When it’s done correctly, businesses have seen an increase in revenue, a drop in employee turnover, more free time for owners and top executives and an increase in collaboration. Locally, there are several success stories of Springfield businesses that have tried open book management and seen the rewards.

Paul Mueller Company implemented open book management in 2012 on the heels of the 2008-09 recession that left many businesses dealing with the aftermath of financial devastation.

"Mueller lost about 79% of our workforce during that time," says Kellie Vaughn, communications and OBM supervisor. "We wanted to quickly help everyone understand what was critical to helping the business be successful."

To make all of its U.S. employees aware of how they could impact the company's bottom line, Mueller opened up its financials and shared the highs and lows with everyone and discussed how everyone on the team could contribute to the business's success. "It worked," Vaughn says. There was a significant cultural shift when the company began sharing financial information with people whose primary role was daily frontline work, but it paid off. Not only did Mueller see an increase in revenue, it saw a reduction in employee turnover and increased morale.

"Open book management is attractive to people who want to be part of the solution," Vaughn says. "Everyone plays a role in our success, and what we do daily affects the company's bottom line." She's had co-workers tell her how they've shown up at past jobs only to find the doors locked because the company is suddenly out of business. "To those folks, it's important to understand how we're doing," she says. "Everyone knows what's at stake, and this allows everyone to share in the company's success." 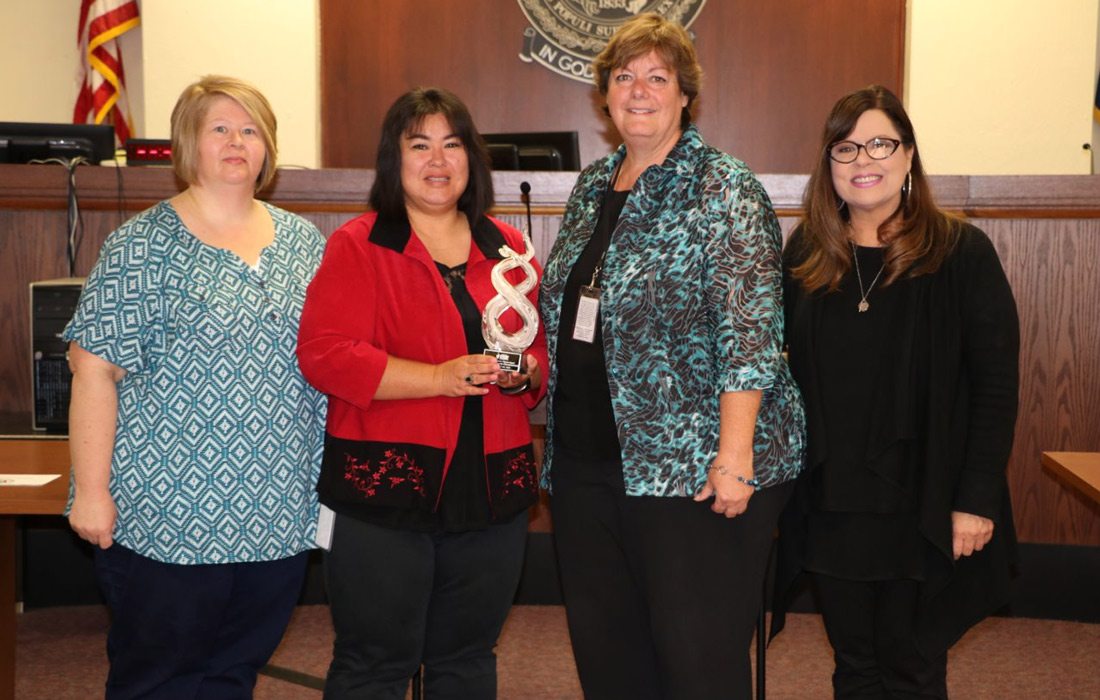 Much like Paul Mueller Company, Greene County was having a rough time after 2008, but when it tossed around the idea of trying open book management to improve the county’s budget constraints, everyone had the same thought—this would never work in government. Turns out, it does.

“We’re not in sales,” says Cindy Stein, Greene County auditor. “But we figured out we could still meet and go over our monthly finances.” One of the biggest takeaways for the county was understanding the importance of financial projections. Until the county started open book management, it was forecasting budgets three and five years out. Instead of working closely with the financial team, departments looked at their yearly budget and assumed they’d spend everything they had.

As a result, county employees hadn’t seen a raise in six years. “If you looked at every department's budget projections, they had spent everything,” Stein says. “So it looked like we didn’t have the cash for raises.” But by the end of the year, departments had spent less than projected, and raises could have been part of the county’s budget. “This showed why projections are important,” Stein says. “It also showed our employees that they do have an impact on the bottom line. Knowing their department’s numbers allows them to control whether they get a raise.”

Stein saw a good example of how every single department can impact the bottom line when a member of the county’s janitorial staff attended one of the weekly huddles. “He went back to his team and suggested they start measuring the chemicals they use for cleaning,” Stein says. “By simply using the recommended measurements, that department saved thousands of dollars.”

Now, the county does county-wide huddles and uses the event to get different departments together to make sure everyone understands the why behind each department and how they can interact with each department. “Planning for the long term is important,” Stein says, “but we learned that we need to be more involved in the today.” 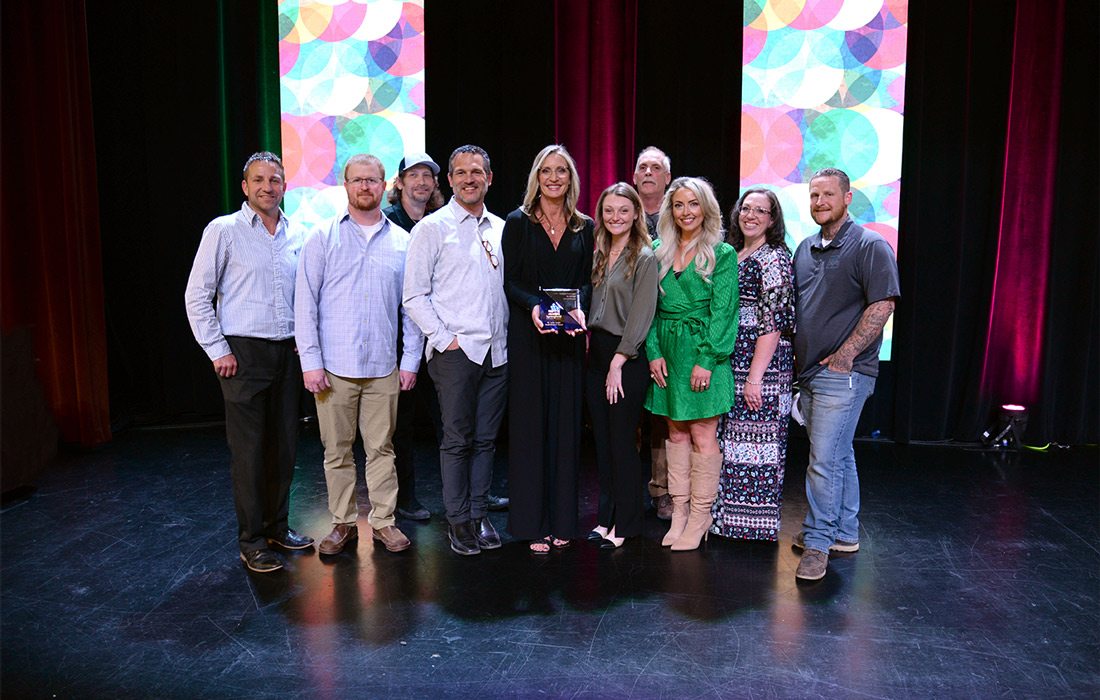 When Cabinet Concepts started using open book management, it was because the company wanted to start profit sharing with its team. “The best way to share profit with the employees was teaching them how to read our profit and loss statement, so they could see how they affect our bottom line,” says co-owner Matt Whener. “By reducing mistakes and being more efficient it would increase profits without needing to increase revenue. It was about teaching them how to think like an owner.”

As a small business that makes entirely custom orders, nothing can be mass produced, and Matt says that was leading to a leakage of profit when something went wrong or processes weren’t efficient. That’s when Matt and Shelley Wehner decided to show their team the impact to profit when errors occur. “We are focused on teaching our team about profitability,” Matt says. “A mistake on one job doesn’t just cause you to lose time on that project, it causes you to lose time on other projects as well.”

“When we started this in 2018, we added up 827 non-billable hours that were spent fixing errors,” Matt says. “We calculated our shop rate, and that equaled more than $60,000 in hard cost.

Then when you add in the fact that we couldn’t work on new jobs while fixing errors there was roughly another $29,000 in lost opportunity.” We won’t be an error-free company by the nature of what we do, however this was a huge opportunity to improve and increase profit without increasing sales. When Matt and Shelley shared the numbers with everyone on the team, it made a difference in how employees did their day-to-day tasks. Suddenly, people were measuring two or three times before cutting cabinets and triple-checking their numbers before passing a project on to the next person in line. Matt says the biggest money-saver has happened in the shop’s finishing department by reducing waste. This is where cabinets get painted or stained before they’re installed at a client’s home. “Every single drop of paint we don’t use has to get hauled off and disposed of properly,” Matt says. “So now, instead of mixing big batches and having lots of waste left over, our team started calculating and using smaller batches.

By teaching employees how to think like an owner and sharing profit with the employees, our business has seen a big transformation. When Matt calculates the cost of errors today, he says it’s down to the teens, and at the end of last year, Cabinet Concepts was able to share back $120,000 with its team—all thanks to reducing waste and limiting errors.

Founded in 1929, BluCurrent Credit Union is Springfield’s largest credit union with over 23,000 members, 4 branch locations and over $260 million in assets. BluCurrent Business Services provide personalized service, competitive rates, and products to help local businesses succeed. Your savings federally insured to at least $250,000 and backed by the full faith and credit of the United States Government. National Credit Union Administration, a U.S. Government Agency. Equal Housing Lender. BluCurrent Business Accounts are insured up to $1,000,000 through a combination of federal insurance provided by the National Credit Union Administration (NCUA) and private insurance from Excess Share Insurance Corporation (ESI).
Continue To Next Story 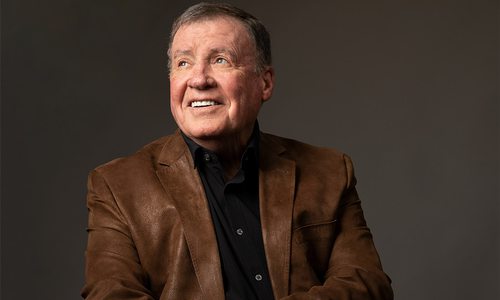 The Costs of Doing Business

Insight from Jack Stack and Darren Dahl about the importance of protecting margins in 2022. 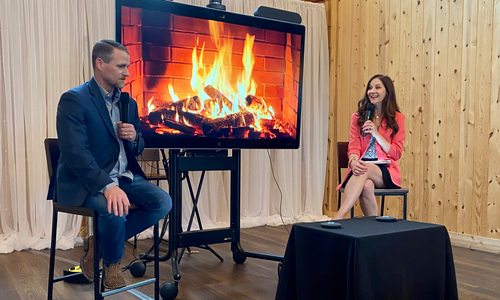 Takeaways from the Secret Sauce Summit 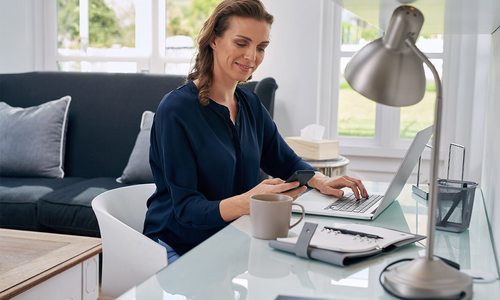 How to Do Hybrid Remote Work Right

Your approach to hybrid remote work might be all wrong. Here’s how to avoid the common stumbling blocks.