Organizational Tempo: The Beat of your Business 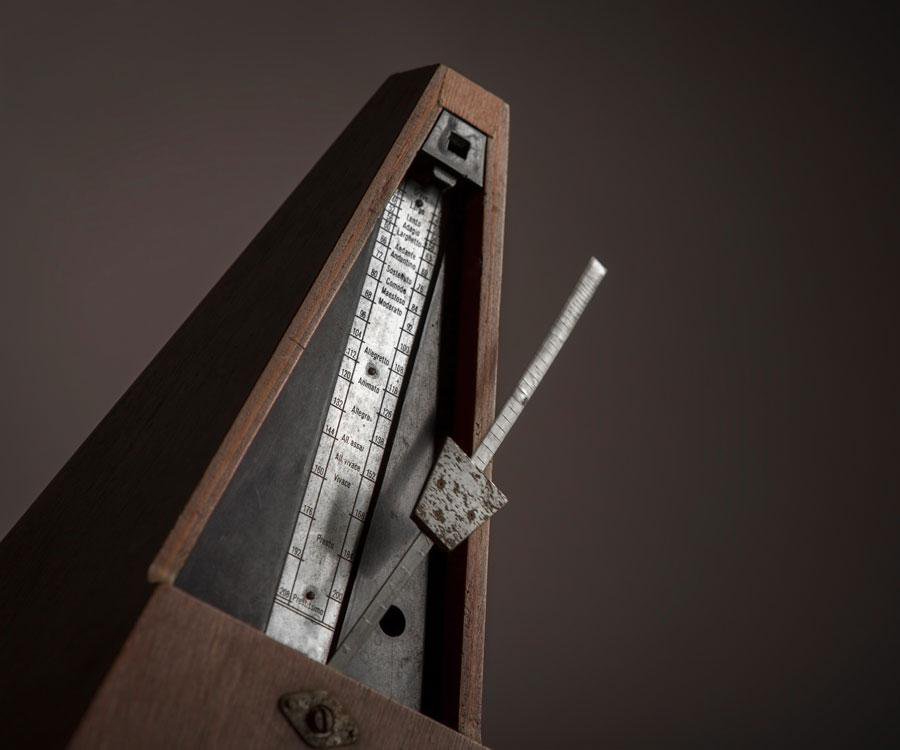 Tempo is a term used in music that relates to the relative speed of a song. Most ballads have a slow tempo while a lot of dance music has a fast tempo. This is very important in music for several reasons. The first reason is that all of the musicians playing a song need to know how fast to play it. You can play any song faster or slower, but the musicians select a tempo so that they can play it together. This is why you hear some musicians open a song with an audible “One, two, three, four,” or by banging a pair of drum sticks together.

Another reason that tempo is important is because it directly relates to the impact the song has. Imagine going to a party. The DJ plays R.E.M.’s “It’s the End of the World as we Know It,” which has a fast tempo, and everyone starts to dance and jump around. Now switch to Whitney Houston’s “I will Always Love You,” which has a slow tempo, and everyone will slow down and couple will dance close together.

Organizations have their own tempos. Sometimes the tempo changes, but I’ve found that there is an underlying beat for every organization we work with that is faster or slower. Why is this important?

When a new employee comes into the organization, they came from an organization with its own tempo. If the tempo is very different from what they are used to, they will have a significant adjustment to make.

For example, my first job was with ADM which had a very “fast” tempo. We made quick decisions. There was always a sense of urgency to get things done. When I took a job with 3M, the tempo was much slower. They deliberated over decisions.

On my first day on the job, I received a report about a piece of equipment that was down. I immediately left my office to go check it out in the field. I expected to find lots of people surrounding this downed equipment and was surprised to only find a couple of maintenance people who were standing and talking. I started asking them questions about the equipment before even introducing myself. They looked at me like I was from another planet and an hour later, they filed a union grievance against me. I found the problem with the equipment and got it back up and running, saving production and being the hero (I thought).  When I got back, I was immediately greeted by my manager who told me to “slow down”.

Differing tempos can also exist between departments or different teams within an organization. An outside sales department might move at a faster pace than an accounting department. This makes it difficult for the two groups to work together because they move at a different pace.

So what can you do about this concept of organizational tempo? Here are some thoughts.

1. Acknowledge the Difference – A big step towards managing tempo is to acknowledge its existence and differences in tempos, then adjust.

2. Establish a Mutual Tempo – There is no right or wrong tempo, but different situations call for different tempos.  Determine and communicate a tempo right away.  If you want to deliberate and keep things slow, have a “kickoff meeting” outlining the plan for an entire project.  If you want a faster tempo, meet “live” or where the action is.  For example, when I needed to rush a project, I would sometimes meet the team out in the plant next to the equipment.  This showed that we were ready to make an impact.

3. Consider Tempo When Hiring – New employees will struggle if the tempo of your organization is different from what they are used to.  Ask questions in the interview process that will give you insights on how they are used to working, then consider that as you onboard the new employee.