The downtown hotel was just named the 2016 Boutique Hotel of the Year by the Boutique & Lifestyle Lodging Association. 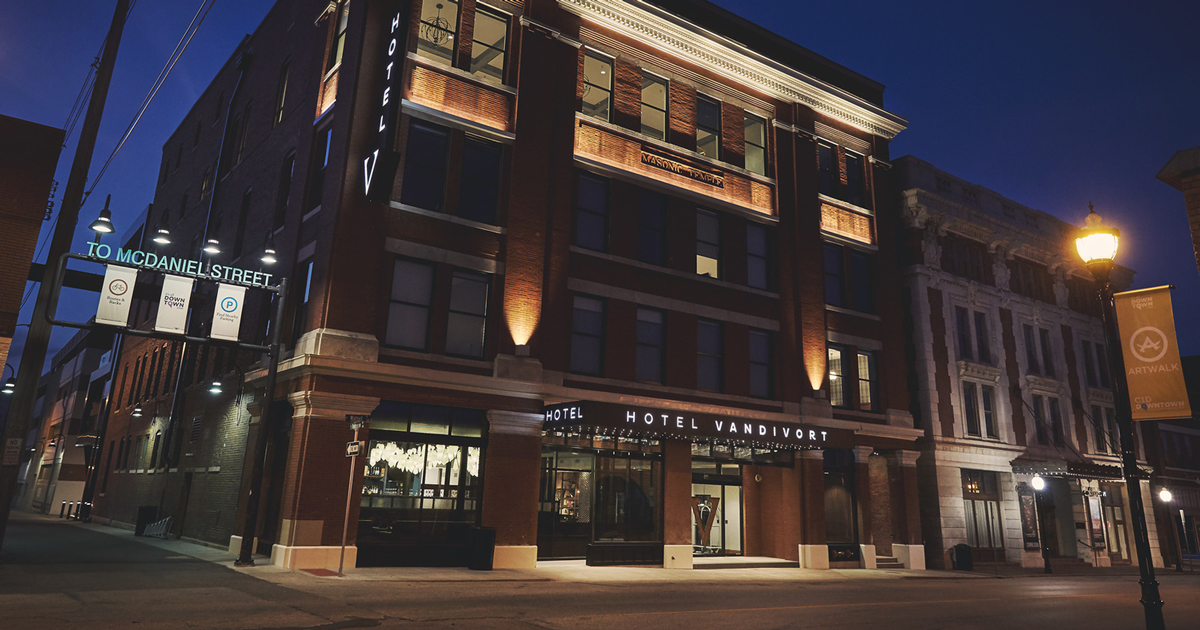 Book your rooms, people. Walnut Street wonder child Hotel Vandivort was just named the 2016 Boutique Hotel of the Year by the Boutique & Lifestyle Lodging Association. The upscale boutique hotel’s amenities, guest dining and lodging beat out more than 750 independent and lifestyle hotels around the world to clench the prestigious title. Previous winners of the award include Iron Horse Hotel in Milwaukee, Wisconsin, and Woodmark Hotel & Still Spa in Kirkland, Washington.

“It’s an honor that our passion project can be a point of pride for our city, and hopefully, an inspiration for the continued revitalization and development of downtown’s cultural renaissance,” says co-owner Billy McQueary.

Located in a 110-year-old building, Springfield’s Hotel Vandivort is the first upscale urban boutique hotel in the city, and it’s filled with an abundance of art, history and character that make it one-of-a-kind. Take a tour of Hotel Vandivort through the eyes of 417 Magazine here or stop by The In Party every Wednesday night from 5 to 7 p.m.