When the yearly cap for H2B visa workers wasn’t renewed for 2017, the Branson Chamber of Commerce and local employers had to think outside of the box to tackle their looming worker shortage. 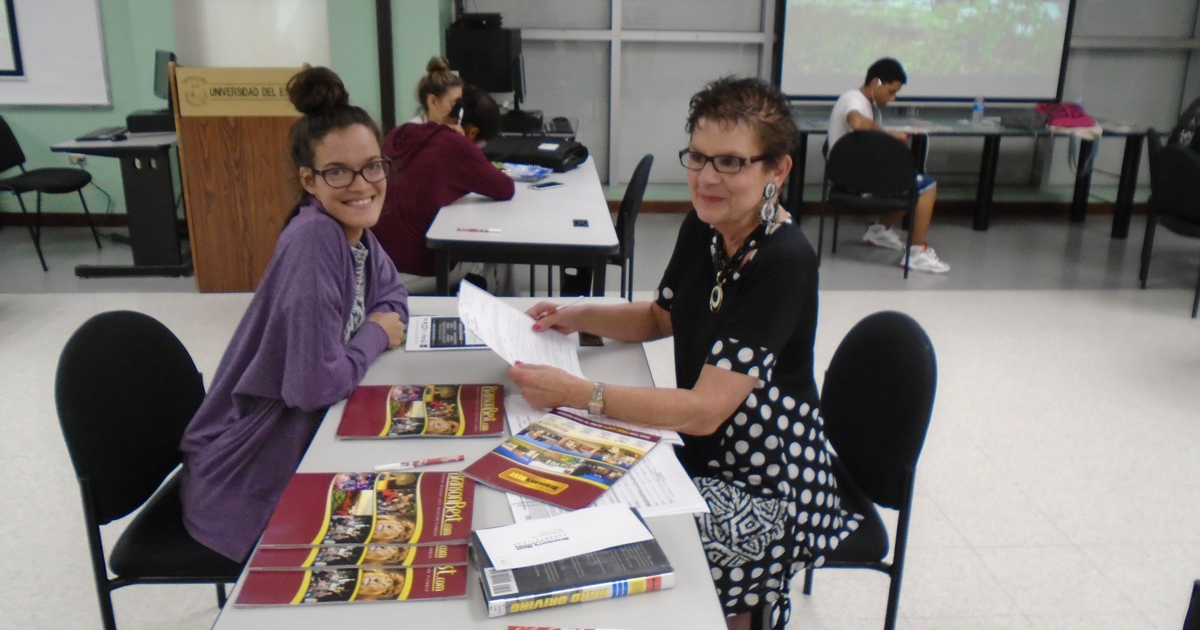 Facing a shortage of 300 workers, seven Branson employers took advantage of a recruitment trip to Puerto Rico organized by the Branson Chamber of Commerce in collaboration with Taney County Partnership during the week of April 24. Working with Express Employment Professionals, Big Cedar Lodge was looking to fill the bulk of those positions with more than 100 job opening. Chateau on the Lake, Thousand Hills Resort, Angel Hospitality, Branson’s Best and Welk Resorts were also seeking workers.

With a high number of seasonal positions and a population hovering around only 10,000, Branson has historically struggled to meet worker demand, but an unexpected development this spring presented a new challenge for companies.

“We had a big issue this spring when many employers discovered that they weren't going to get their H2B workers” says Heather Hardinger, the Programs and Communications Director of Taney County Partnership. The H2B visa allows workers to come to the United States to perform temporary nonagricultural services on a seasonal basis. There is a cap placed on the number of H2B visas issued each year. In the past, workers returning for a second or third season under one visa typically wouldn’t count toward the yearly cap. Last year, the cap was met early, leaving many Branson companies in a bind.

In order to meet employer demand, the Branson Chamber of Commerce had to get creative. During a brainstorming session, Chamber leadership began to consider exploring Puerto Rico as a potential source of workers. Puerto Ricans are U.S. citizens and they don’t require a visa to work in the states. Puerto Rico is also experiencing an economic crisis and good jobs are hard to come by, which makes employment in the U.S. appealing. 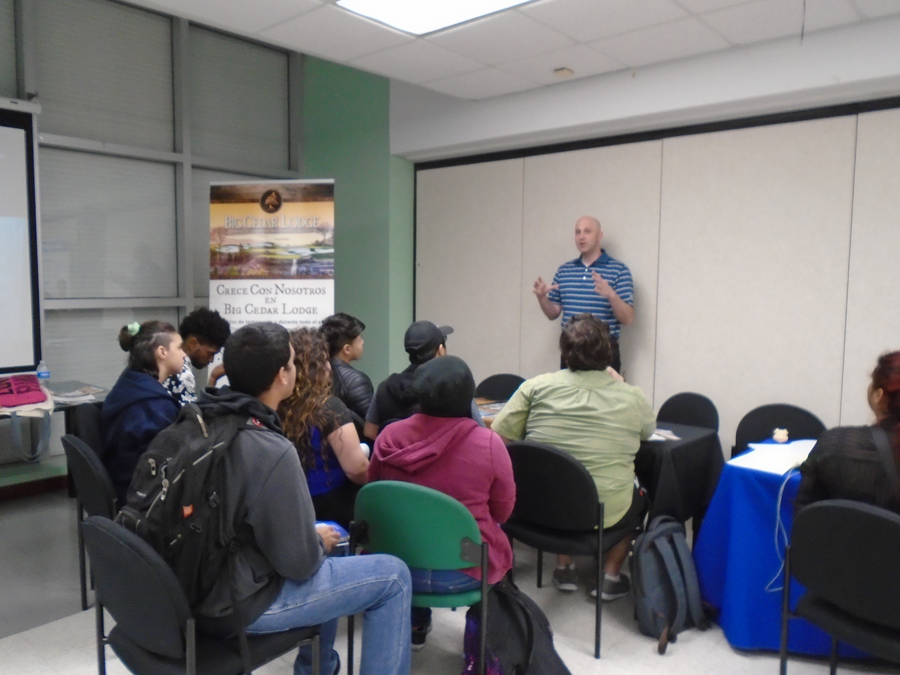 Before they could commit to recruiting in Puerto Rico, Hardinger had to make sure they were doing things by the book. She searched the internet to find out what it would take to recruit in Puerto Rico and came up up empty handed. “I scoured Google for so long to figure this out,” she says. “There wasn't anything online that helped point us in the right direction, and I wanted to make sure we weren't breaking the law.” Eventually Rep. Billy Long directed them to the right person at the U.S. Department of Labor. “Come to find out, there's one guy that you talk to at the Department of Labor and he handles all the paperwork,” Hardinger says.

Once they figured out the proper procedure, it was time to get the word out. The Chamber created a video in Spanish and advertised it on Facebook. The video has been viewed more than 100,000 times. Hardinger and her team also organized job fairs in three different cities.

As the Chamber was preparing for the trip, so were the participating businesses. Each business had to come up with safe, quality housing and a transportation plan for recruits. It’s important to Hardinger that employees feel comfortable and at home during their stay. The businesses also had to follow the process laid out by the Department of Labor, which included turning in the appropriate paperwork, obtaining a certificate of good standing from the state and creating work agreements for each position in both Spanish and English.

Hardinger says the process was a lot of work, but in the end it was a success. The team was able to recruit 60 workers, which was more than they expected, and resumes are still coming in. Thousand Hills Golf Resort is making another trip this month with hopes of recruiting 50 people. Seeing what a success this partnership has been, Hardinger plans to hold a summit at the end of May so other interested businesses can learn how they did it. “Some of the bigger manufacturing companies in Springfield and beyond could definitely tap into this resource,” she says. “I want to make sure that employers, wherever they are, know what the process is and can learn from our best practices as far as marketing and getting people to the events. We learned and fine tuned [the recruiting process] as we went along.”