All About Automation: 4 B-School Takeaways

Automation is here to stay, and you don’t have to be afraid of it. Local leaders share how to work with the changing technology to benefit your business. 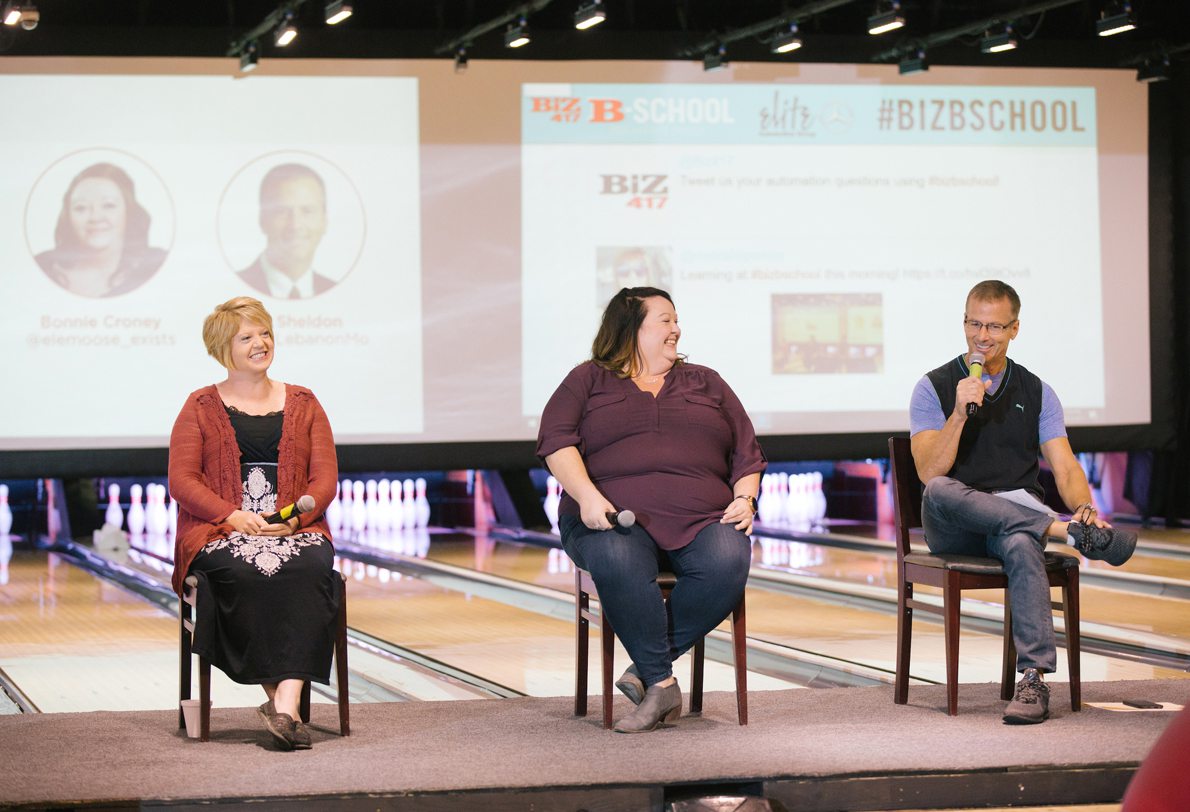 Is your company looking to hire a new employee? Have you considered a machine? As outlined in our “Meet Your New Co-Worker” story, robots are being hired as workers, and there’s no stopping it. But while many are worried about this latest trend in technology (don’t take my job!), several 417-land leaders are saying there’s no cause for such concern. In fact, they say it can even make your company more productive. On October 12, a group of eager beavers came to Biz 417’s B-School to hear from local automation pros and get a glimpse of what the future could look like in regards to automation. Here are the speaker’s top takeaways.

Forget the Fear
Bonnie Croney, an estimator at Springfield-based fabrication company Elemoose, discusses the common worry that robots will replace humans in the workforce. This isn’t the case, Croney says, as often times these robots are created for menial tasks—automation can simplify these tasks and take them off of employees to-do lists. This gives employees more time to be creative at their jobs. Jim Sheldon, owner and CEO of DT Engineering, agrees. “The smart companies are displacing jobs, they’re not losing jobs,” Sheldon says.

Crunch the Numbers
Sheldon discusses another fear of automation: some business owners say it’s too expensive. This is often a misconception, he says. Sheldon suggests looking at automation as a business expense and really crunching the numbers; after all, robots don’t call in sick, and robots don’t take vacations. They can also work in hazardous situations in which humans can’t. You may end up saving money in the long run.

Start ‘em Young
Twila Chambers, Director of OTC’s Allied Health Simulation Center, says nursing school today is much different than it was when she attended it 16 years ago. Rather than practicing injections on oranges, students are practicing on mannequins that breathe, bleed, sweat, cry and more. This life-like scenario is beneficial to students, she says, as it gives them a much better training for their future. Sheldon agrees and notes that it’s important to introduce students to automation early; he suggests that local businesses support robotics and other similar programs at area junior highs and high schools.

Don’t Knock it ‘til You Try It
Don’t stray away from automation just because you’re not sure how to approach it. “A lot of it is research, and trial and error,” Croney says. At Elemoose they understand that not each project works like the other, and they’re willing to give things a try. Often times, this ends in successes—projects that used to take 12 hours for an employee now take 6 hours for a machine, Croney says. No one knows all the answers yet, and that’s why we need to try—it’s those who don’t take a chance at all who have the greatest chance of eventually being left behind.