5 Things You Can Learn From People 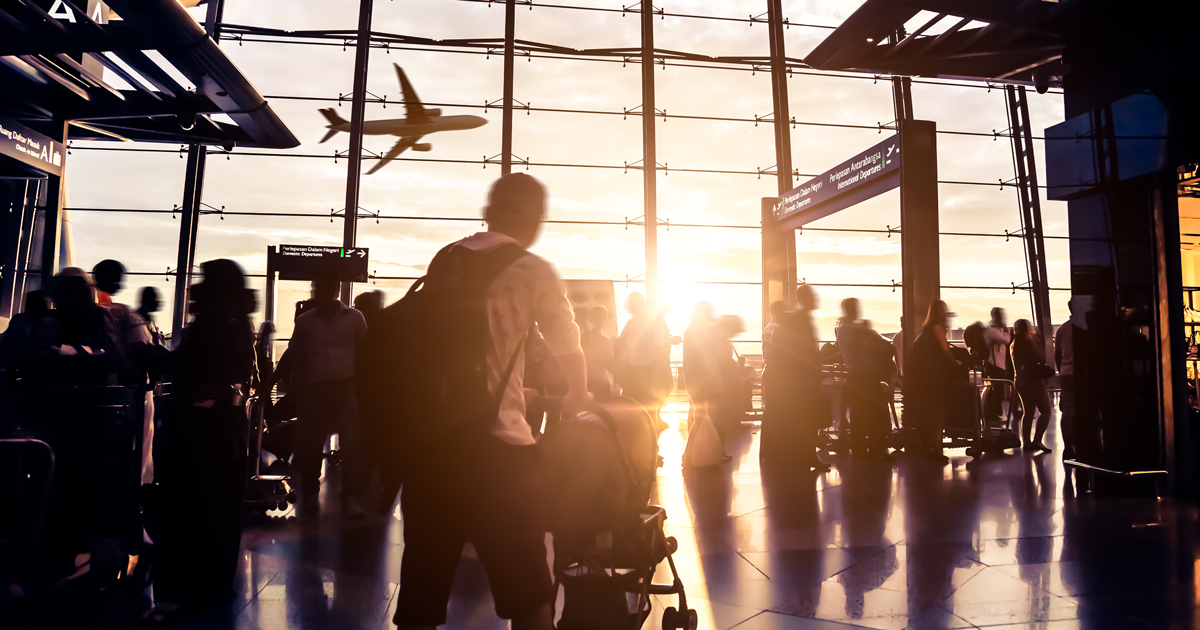 While waiting in an airport, you have a lot of time on your hands. As I sat in O'Hare Airport, one of the busiest airports in the world, I did a lot of observing and listening to people and it resonated with me; every situation is a learning opportunity. By watching and listening, I could see how interactions within the airport correlated with people within our organizations.

Starting in the gate and moving into the flight, it is amazing to watch how people influence each other's moods. On a recent flight, I watched a guy in the exit row take up more than his share of space. He tipped his seat as far back as it could go and blocked the aisles with his bag. He ignored the flight attendant when she talked directly to him. This was visible by other passengers, and as we waited for our valet bags, instead of forming a clean line, the passengers worked to get as close to where the bags came in as possible. It was every person for themselves.

On another flight, a gentleman up front spent time as we were onboarding to help other passengers get their bags in the overhead bins. When we landed, he grabbed other people's bags and handed them out with a smile. This time in the jetway, the line was orderly and everyone was polite. People handed bags back. One person looked like they were in a hurry, and the passengers worked together to find his bag so he could make his next flight.

Whether on a flight or at work, our moods feed off each other. If you are in a bad mood, it will likely put someone else in a bad mood and vice versa. We like to consider ourselves as nice people, and we are until we aren't. Be aware of how you influence others in your everyday interactions.

If you ever want to go somewhere and see all three states of an employee, the airport is a great place to go. The flight attendant on my most recent flight was disengaged. She didn't chat with passengers at all and didn't go out of her way to help anyone. Sitting at a cafe at the airport, my waitress was very engaged. She had been very nice and was working hard to make sure I had what I needed. She told me that she was going on break and that another person would be taking care of me.

Unfortunately, you see a lot of toxic employees at large airports, and often they are working for the airlines. During my last trip, my first flight was delayed, and I barely missed my next flight. As I ran up to the gate, there was nobody there but five American Airlines employees. They quickly scattered as they saw me coming. They didn't want to deal with the situation of rebooking a passenger. I cornered one of them, and she would hardly talk to me even though I was not irate (just breathing heavily from running).

3) People are Often Proud of Their Hometowns

If you talk with someone at the airport who is from the town you are visiting, you will often see pride. They will tell you the best places to eat, best places to visit, and give you tips for enjoying the city more. We are hard-wired to root for our own team. If your people feel like they own the company they work for, they will be proud and help your customers have a better experience.

4) Bad News is Better than No News

Mistakes or errors happen when traveling. There are weather delays, maintenance issues and even staffing challenges that can create unexpected delays, which all have the potential to snowball and make your five-hour trip home take all day or longer. Sometimes, the airlines seem to have the strategy of not sharing with the passengers information as it comes in. Other times, they explain in detail every step of the way as things happen. In the best of the worst times, they not only explain what is happening, but they also help passengers know they are thinking about them along the way.

My observation is that passengers tend to react better when they have more information. Sure, it is frustrating to hear that there is a sudden mechanical issue on a plane that has been parked overnight, but hearing the pilot explain the issue, the potential delay and his efforts to mitigate the negative impact helps people to feel better overall.

If you have bad news, it is OK to share it with your team. Just focus on what you and they can do to control the damage and move on. It makes the team feel like they are in it together.

5) Sometimes Its Gets Bumpy

As I fly more, I become more and more comfortable. When I haven't flown in a while, I get nervous about turbulence. I don't like roller coasters, and bad turbulence is about the closest thing I experience to that. Fortunately, it doesn't happen that often.

People (including myself) who are more worried about turbulence tend to interpret normal bumps as being more severe than they really are. A few months ago, I rode next to one poor gentleman who was terrified of flying. We hit a minor bump as we started our descent, and he yelled at the top of his voice, “Oh, no!” He was so tense that every shake was terrible for him. It was actually a very smooth flight. As I have relaxed, I notice that even significant turbulence really isn't as bad as it is in my head.

Worry about the things you have control over and let the rest of the stuff go. Believe me, I find this as difficult as anyone, but there is peace in knowing that all you can control is what you do. This attitude makes the hard times feel less bumpy.