Hometown: Lee's Summit   |   Twitter: @cjdavisBBH
Take Note: Under Davis’s guidance, a Pennsylvania-based children’s psychiatric hospital became the largest of its kind on the East Coast, and a community mental health center in Indiana doubled the size of its workforce and the number of counties it served. 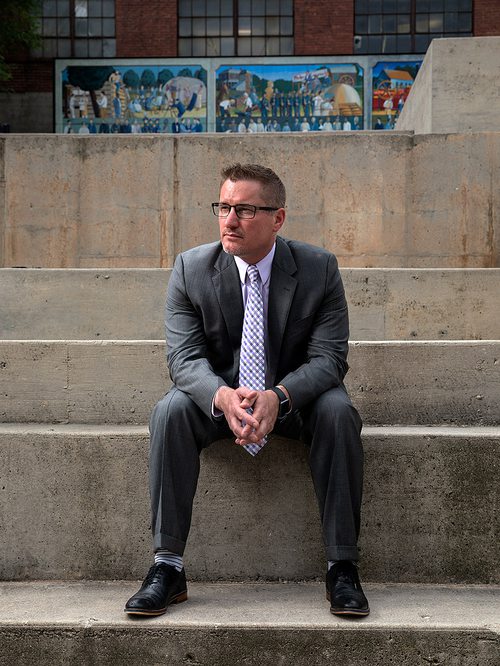 A clinical psychologist and one-time business major, C.J. Davis, 47, has found the sweet spot between his desire to be a change agent in other people’s lives and his business mindset as a mental health care executive.

C.J. Davis could have been a tech mogul. He started a website development company that might have hit the big time. But it was the mid-1990s, and the dot-com boom was some years off. So, he decided to sell the business, one of three he owned before becoming a child and adolescent clinical psychologist. We’re glad he made the switch because today, Davis is transforming Burrell Behavioral Health, increasing access to mental health services across the Ozarks and showing no sign of stopping.

Since starting as Burrell’s president and CEO in October 2017, Davis has instituted so much change it’s hard to recognize the health system that has grown from $85 million to $125 million in annual revenue. Burrell opened a walk-in clinic that provides care within three days, dramatically reducing wait times that used to be up to 90 days. There’s a new logo, website and tagline all focused on creating a post-stigma society. Davis reorganized the leadership team and created the system’s first marketing and communications department, which has been pumping out news of new partnerships and acquisitions at astonishing speed. If that weren’t enough, Burrell has hired 250 additional employees, opened three new clinics across its 25-county service area and has double-digit growth in the percentage of new clients and services provided each month.

“I want Burrell to be the Mayo Clinic of behavioral health,” Davis says. He envisions a future where Burrell, already one of the largest community behavioral health centers in the nation, serves as the hub for behavioral care in Missouri, Arkansas, Oklahoma and Kansas. He also wants to increase telehealth services by building an app and developing an online chat service, which is in the works. “Accessing services should be easier than attempting suicide or getting high,” Davis says. And when people are considering care, he wants his organization to be the trusted experts. “If they’re considering services, I want everyone to think of Burrell,” he says.