Hometown: Rogersville   |   Twitter: @crystal_quade
Take Note: Quade helped Care to Learn grow in its early years. During her time on staff, the organization tripled the number of schools it served and reached more than 750,000 needs met for children in the Ozarks. 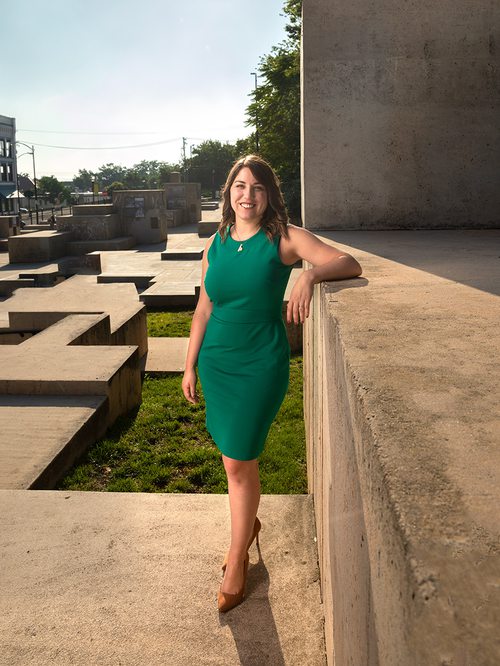 Creating change as part of a super-minority is no picnic, but Rep. Crystal Quade, 33, won’t let that stop her. After a six-year tenure working for Care to Learn, the Democrat began representing the Missouri House’s 132nd district in January 2017. Today, as minority floor leader, Quade focuses on supporting her Democratic colleagues and working across the aisle to pass legislation for a more equitable Missouri.

“Half of my childhood, my mom was a single mom, and she utilized state services for awhile. I definitely grew up watching my mom really struggle. When I got to Missouri State [University], I knew I wanted to do something to help make the world better, make people’s lives better. I went to Jeff City because I felt I brought a perspective as a social worker that was lacking when it came to what we were doing for Missourians and social programming.

“One of the things I’m most proud of and that I continue to do is change the conversation. It’s very similar to the work I did with Care to Learn: trying to get folks to understand poverty, that it’s not shameful, that it’s not these people’s fault, that there are so many contributing factors to why families are in this situation. And then we, as a state, what can we do with our policies to remove barriers? A lot of barriers that exist are because of state policy. So one of the things I have done very well, and that I continue to do, is help my colleagues see it differently. I’m never going to pass a bill. I know that, and that’s okay because I don’t care who gets credit, but it’s learning how to work effectively and strategically so that good policy can still make it.”