From the Desk of Dr. Tyrone Bledsoe

Dr. Tyrone Bledsoe is the founder of SAAB, formerly known as the Student African American Brotherhood, headquartered in downtown Springfield. Here’s a show and tell of a few of his favorite things. 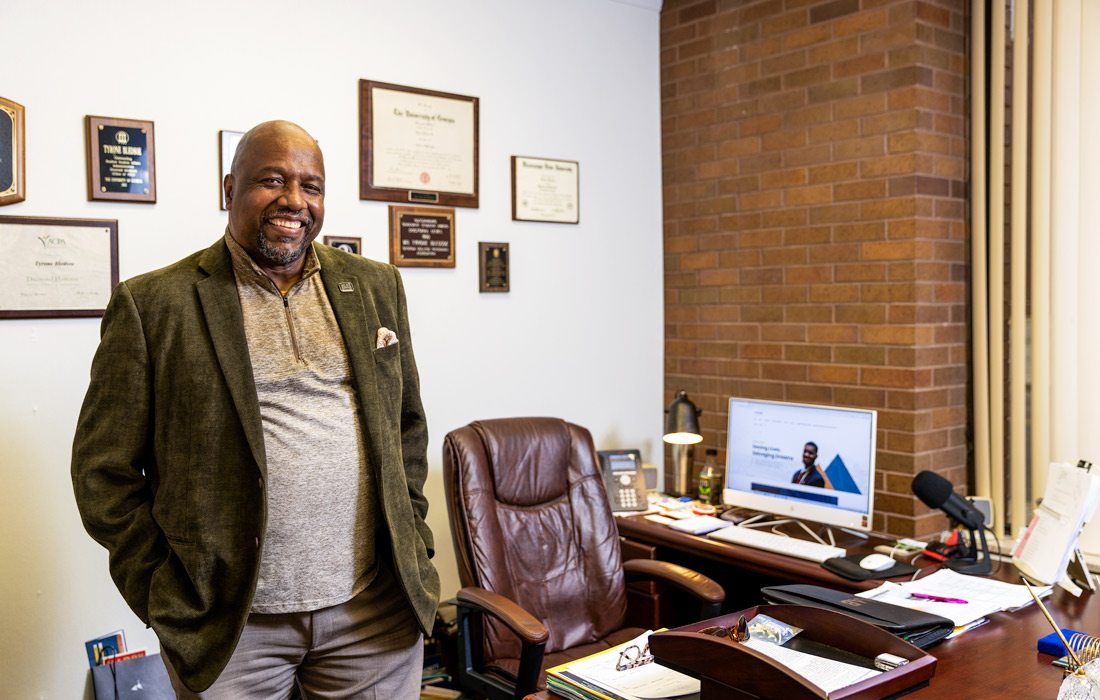 Photo by Brandon AlmsEach frame hanging on the wall and nearly every trinket in Dr. Tyrone Bledsoe's office holds a significant memory and an inspiring story. Purchase Photo

Bledsoe uses this microphone to record his bi-weekly podcast Simply Doc, which he is releasing to the public in the coming months. The inspirational Sunday morning podcast involves current students and alums of SAAB.

John Gardner, the founder of The Freshman Year Experience, gave Bledsoe this key as a symbolic gift when he spoke at a gathering Bledsoe hosted as vice president of student affairs at the University of Toledo that involved SAAB students. Many colleges and universities across America use Gardner’s methods to ensure success for first-year students. On an exciting sidenote, Bledsoe is set to receive a key to his hometown, Grenada, Mississippi.

Bledsoe has traveled to 41 states, as well as Oxford, England, to speak and host conferences on behalf of SAAB. He loves snagging souvenirs to display in his office.

Bledsoe received every merit badge required before age 18 to earn the Distinguished Eagle Scout Award. However, he didn’t pursue the feat for his own recognition. “What really inspired me to get this award was my scoutmaster,” he says. “My scoutmaster served our troop for almost 30 years, and he never had an Eagle Scout to his credit. Every year we’d go to our district’s summer camp during the summer, and all these other scoutmasters would boast and brag on their Eagle Scouts, and I noticed he never had an Eagle. So I set a goal to be his first Eagle.” Bledsoe even gave a eulogy at his scoutmaster’s funeral. 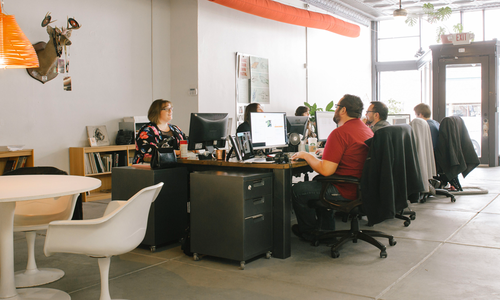 There’s nothing traditional about Departika, a digital marketing and design company, and that includes the company office on Commercial... 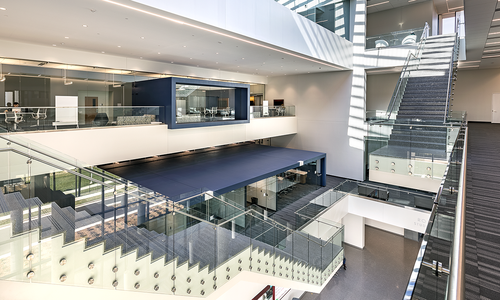 The renovation and expansion of Glass Hall at Missouri State University elevates the institution’s business school in more ways than one. 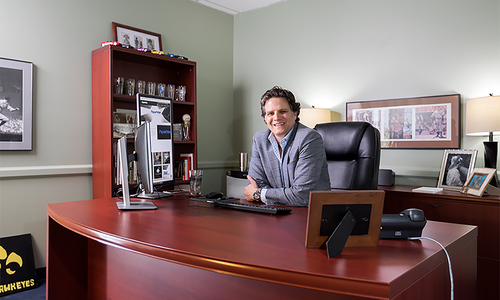 After being self-employed for 10 years, Eric Wubbena knows the type of office he likes best. As the Director of Business Development and...