What will the Ozark Empire Fairgrounds' $15 million multi-purpose arena mean for the local economy? 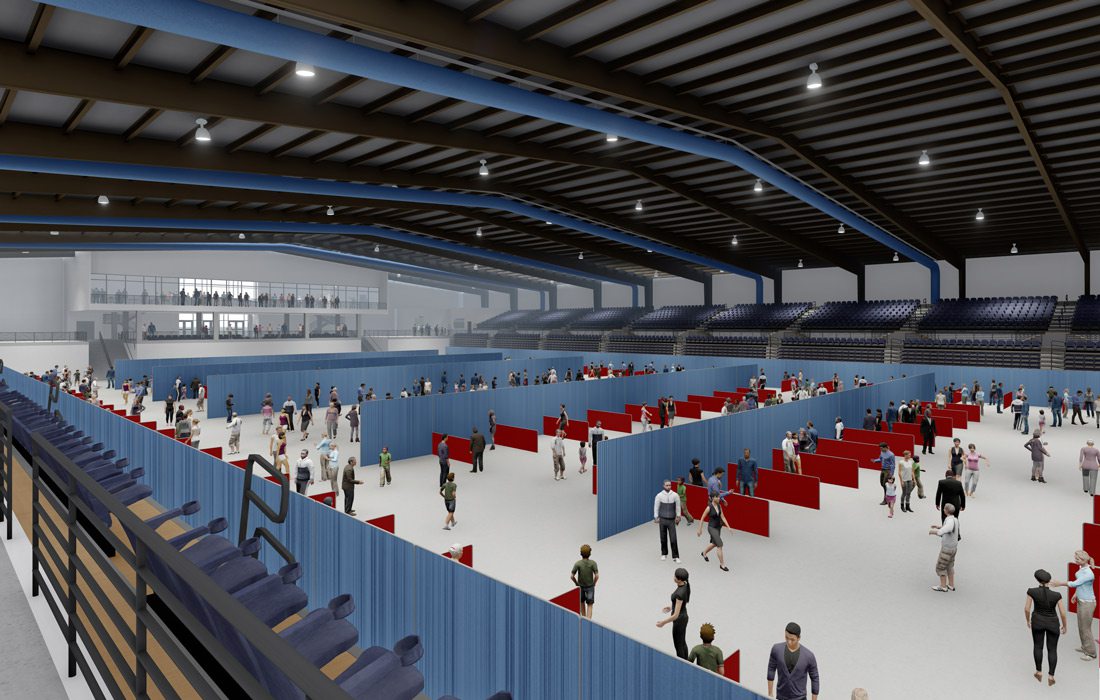 The Ozark Empire Fairgrounds & Event Center has been a Springfield community staple in joyful and dire times. The event center hosts countless recreational events like the annual fair, rodeos, antique markets and library book sales. However, it also served as a mass-vaccination clinic site and a safe place for the Greene County Office of Emergency Management to store vital supplies like hand sanitizer, gloves and gowns during the height of the COVID-19 pandemic.

And with plans in the works for a $15 million arena, the Ozark Empire Fairgrounds management team hopes to draw even more visitors to Springfield and expand its capabilities if disaster strikes.

In 2017, Missouri State University conducted an economic impact analysis of the events at the Ozark Empire Fairgrounds & Event Center. The study estimated the total impact of the events on the local economy from July 2016 to June 2017 was $29.7 million. “Now we are right around $40 million,” says Aaron Owen, general manager of the Ozark Empire Fairgrounds. “But our arena virtually doesn't have much going on from the middle of November until the first of March. So with us being able to add events throughout the winter months and bring in stuff that we can't do today, we could approach $55 to $60 million in terms of economic impact.”

The Ozark Empire Fairgrounds management team began discussing the idea for the arena in 2014. “We traveled to several other fairs throughout the Midwest,” Owen says. “We worked with them and some of our promoters to learn what the need is, what those fairs do in the wintertime and what events bring in large revenue for them.”

Owen notes there isn’t an estimated completion date for the project yet, since it is still in the fundraising phase. The Ozark Empire Fairgrounds is currently seeking sponsors and offering naming right opportunities.