What started as a desire to help athletes with injuries turned to changing lives on a far wider scale. Meet the heart behind the product that’s been around the world—including two sets of Olympic games. 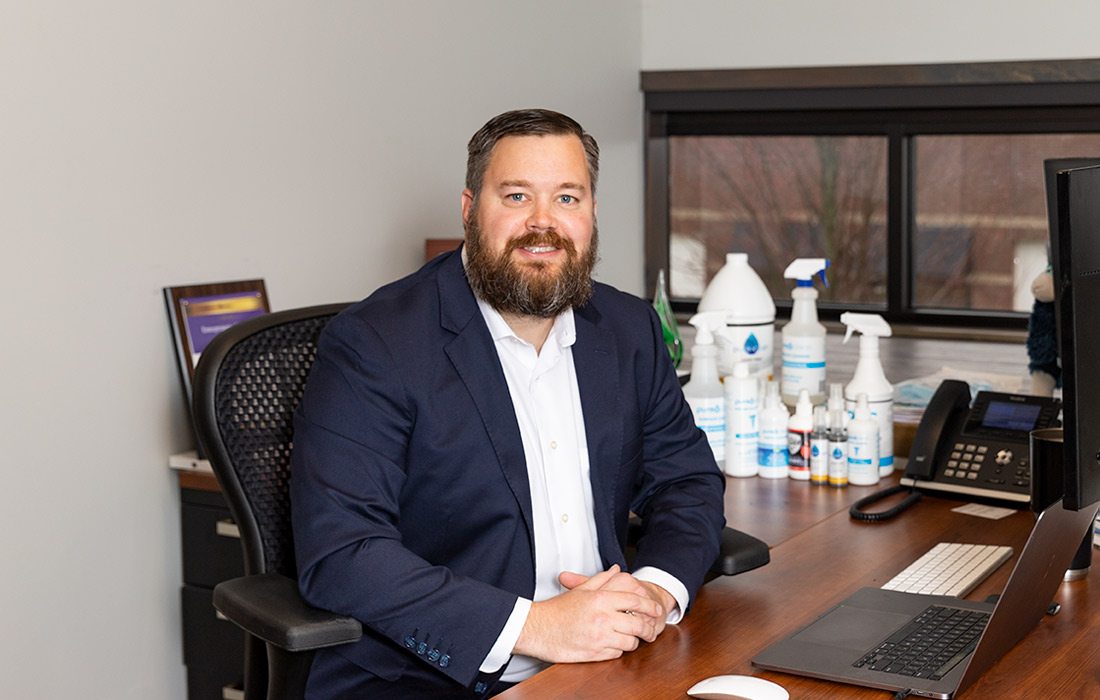 Photo by Leah StiefermannTrent Freeman developed Pure&Clean products that help to safely heal wounds. Created with athletes in mind, the products have been used at NCAA Wrestling National Championships and by Team USA at both the Tokyo and Beijing Olympic games. Purchase Photo

When Trent Freeman and his brother used to wrestle and play football, injuries were nothing unusual. Mat and turf burns were common in competition, and these wounds would occasionally lead to infection. Freeman thought of it as “just part of the sport.”

As an adult, Freeman transitioned from player to coach, and his concerns shifted. He wanted to keep his athletes safe, and while injuries were inevitable, he wanted to ensure he was doing everything he could as a coach to prevent infection.

In the cases of cuts and abrasions, though, Freeman kept running into the same issue. There really wasn’t a product he felt was safe and effective in promoting recovery. In fact, as he researched products, what he learned caused further concern—many of them contained toxic ingredients.

Freeman says one of the products contained 14 chemicals, and three of the top four were ingredients that could break down the skin. “The last thing you want is for something that’s supposed to heal skin to cause skin breakdown,” he says. “That’s what drove me. These things were being sold as good products for athletes but were doing more harm than good.”

Freeman imagined a product that was made with pure ingredients that wouldn’t cause harm. He started asking questions and working with people in the medical field to determine what was needed to create a product that had no harmful chemicals, one that could be trusted and, above all else, one that was safe.

His first win was working with HOCL ingredients. “They were initially limited because of shelf stability, so we started with that, and worked with different companies to develop technologies and get patents to extend shelf life,” Freeman says. “It worked, and we now have a 24-month shelf life with our products. That has helped so much.”

Achieving shelf stability was a huge win, but there was one other positive aspect of the product: it simply worked, and incredibly well. In fact, Pure&Clean’s product was so successful that people began to urge Freeman to take it to medical facilities, where wounds and bedsores were commonplace. While looking into the need in facilities from acute care to long term, Freeman learned some sobering statistics. Over seven million Americans had chronic wounds, defined as wounds over 90 days old.

After providing the product to medical facilities, Freeman says that they had outcomes of patient healing and recovery that far exceeded expectations.

“The biggest success was when our product healed an open wound that was 14 years old,” says Freeman. “Having those kinds of wounds makes everything else in life difficult: to get up, get around, function. So hearing those stories of healing re-invigorate us. Getting those stories, testimonials, before and after pictures, it’s just great. Whenever we change lives, whenever we help someone who has had a wound for months or years that we healed—that’s amazing.”

Those initial huge successes opened all the doors for Pure&Clean to work with major distributors, and the company is now available through all five of the largest medical device distributors. Pure&Clean Wound Solution was also deemed “Innovative Technology” by the largest Healthcare GPO (Group Purchasing Organization) in the world, an accolade awarded to products considered truly unique in the health care industry.

“I started this business to focus on athletes, and we still do that a ton,” Freeman says. “But the wound side really opened my eyes to the amount of suffering people experience.”

Pure&Clean has achieved widespread success on the athletic front, as well. The products have been utilized at the highest levels of competition, from the NCAA Wrestling National Championships the past four years to the Olympic games in both Tokyo and Beijing with Team USA. It is also used at all Olympic Training Facilities across the country.

Freeman urges anyone trying to achieve their professional goals to always remember why they started.

“If you have something you’re passionate about, and want to make a difference, just remember to keep that focus point, and make sure it’s about more than making money,” he says.

Freeman is incredibly grateful for the opportunities that have allowed widespread distribution of the product he first imagined: one that contains no harsh chemicals and keeps the skin protected.

“Everything we offer is safe, it’s pure and clean, and it won’t cause harm,” he says. 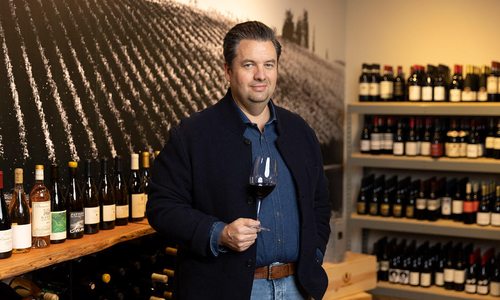 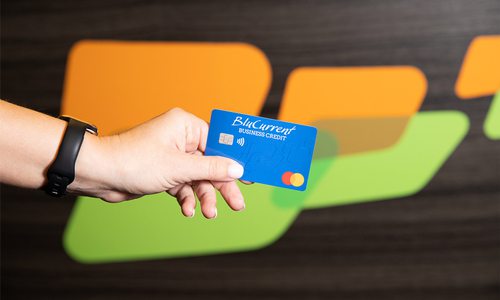