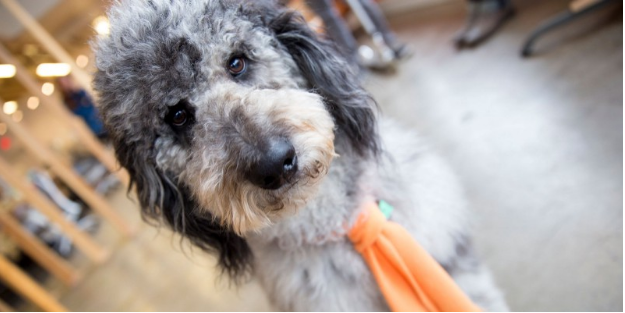 We’ve reached a time when many companies understand the importance of aligning with employees rather than fighting against them. A time when we start with why and place an emphasis on a productive culture and a people-centered approach.

However, those same companies’ hiring processes are still lagging, stuck in the time when companies and employees fought their way through work.

I have a friend—let’s call him Alexander, because that’s a far better name than what he actually calls himself—who recently applied for a development position at a decently sized company. The company he applied with had him go through the standard, outdated interview process that includes HR people, then the team he would be working with, then some random dude who had a long title, and, finally, an unpaid test project.

They tested him by having him do 40 hours of work for free over two weeks. The company immediately made an enemy out of an excellent candidate for the role.

Let’s assume he decides to do free work for a company that says it wants to pay him money. And let’s assume he balances his full-time commitment at his day job, time with his family and his baseball obsession to actually get the work done. Let’s also assume, through all the potential pitfalls, he is actually able to produce something that wins him the job.

What does this show the company? Worse, what does it show the would-be employee? Nothing positive.

The real problem is that many of these companies actually have very different cultures than their interview processes portray. They don’t demand insane hours, they don’t encourage people to ignore their families and hobbies, and they definitely don’t expect their people to work for free. So why the hell is the exact opposite the first impression they choose to make?

At Mostly Serious, we’ve designed our hiring process from the ground up to represent our company, culture and the type of environment people will eventually be working in. It is meant to show all prospective employees just as much about our business as we learn about them. We not only want to be sure that person is the perfect fit for our team, we also want her or him to know that Mostly Serious is the perfect team to join.

The crazy thing is, after tearing down and reconstructing how we hire people, our results weren’t terribly far off from where we started. There were, however, three powerful changes.

We start every discussion with prospective new hires by writing a customized email with questions tailored to each applicant. We do this both because it answers the big questions up front (taking some pressure off the in-person interview) and because it tests the candidate’s written communication skills. Every person on our team communicates directly with our clients and other team members, so it’s important that anyone we hire can effectively construct a clear email response within a reasonable amount of time.

After we’ve seen which applicants know their there from their they’re, we schedule the first round of interviews. As you have probably guessed, this brings us to our first major change to our hiring process: Put the right people in the room for each interview.

Our first interview address qualifications. We’re deciding if they have what it takes to stand with our team from a basic skills perspective. The simple truth is that, for many companies with more than 10 employees, the people most qualified to make that decision are not the founders, owners, or even top-level executives. If you’re the type of owner who knows the most about every aspect of your business, then sure, but you’re also probably doing a pretty poor job of hiring in the first place. Trust the right people to qualify new team members, regardless of where their respective titles fall.

After candidates have shown they have the basic skills required to work at Mostly Serious, we move on to our second interview, which is also our second big hiring process change.

Our culture fit interview is an hour-long conversation, often largely unstructured, with one of the founders of the business. We walk through why we do what we do and why the candidate does what he or she does. This is a vital and often overlooked step in the hiring process, even for companies claiming to conduct culture fit interviews. This conversation is not limited to discussion about the specific position and often doesn’t even include those types of question; instead, it focuses on the work environment, interests, passions and goals of the company and the candidate.

Many companies understand that it is important to start with why. We’ve seen the videos, read the book and still use those lessons to understand and communicate the purpose of the people within the company. But how many of us ensure our new hires’ why matches with the business? I would say far too few.

We are most often hiring developers, writers and designers, so the test project—a common practice in our industry—makes perfect sense to vet the finalists’ skills before offering a full-time spot. What doesn’t make sense to us is requiring free work, though there are some great companies that don’t pay prospective new hires to complete test projects. There are also great companies that do pay them.

We pay for test projects not merely because we’re not assholes (but, seriously, as a non-asshole it’s hard to justify not paying someone for work), but because we also believe it betters our business.

By paying the candidates and allowing them to set the timeline expectations, we ensure the work we are receiving is on par with what they would create in an environment that isn’t skewed by unnecessary sacrifices and stress. We are showing professionals what it’s like to work at Mostly Serious and giving them the opportunity to truly show the quality products they will produce while working here.

Most importantly, we’re not starting the relationship with a negative, one-sided approach that doesn’t match the practices of our business.

Convincing a company to alter something fundamental can be difficult, especially overhauling an interview process, oftentimes a procedure that has been in place for quite some time.

Before any change can be made, you must establish buy-in.

For the boss, the benefit is in increased productivity and the long-term damage avoided by a people-centric hiring process. On-boarding can be expensive, and toxic employees can cost far more than just the sunk cost in bringing the person up to speed. Putting time into perfecting the hiring process will pay itself back by ensuring the chosen candidate will move the company forward, not backward.

For employees, bringing on the right person means the culture of the company is secure and their jobs will be a little easier. The same negative effects seen by bosses from toxic employees translate to employees by dropping overall moral and oftentimes creating more work for the entire team, to make up for the lost productivity of a bad hire.

To initiate changes in the hiring process, start with an honest conversation of what the existing process does well and where it could improve. Starting with just a few changes, or even correcting the most universally accepted failing, can help show the promise of overhauling the entire process. Presenting incremental changes is a great way to create buy-in over time while avoiding missteps when establishing a new system.

Jarad Johnson is president and head of design at Mostly Serious, where he helps form and direct the digital agency's vision as well as oversees all design services. In addition, he was President Emeritus of Springfield Creatives, a member-run organization joining to build a better community for creative professionals in Springfield.