Hometown: Shell Knob   |   Twitter: @FitzpatrickMO
Take Note: During Fitzpatrick’s first year as its chair, the Missouri House Budget Committee successfully balanced the budget by cutting $500 million in expenditures while still fully funding the K-12 education formula for the first time since its implementation in 2006. 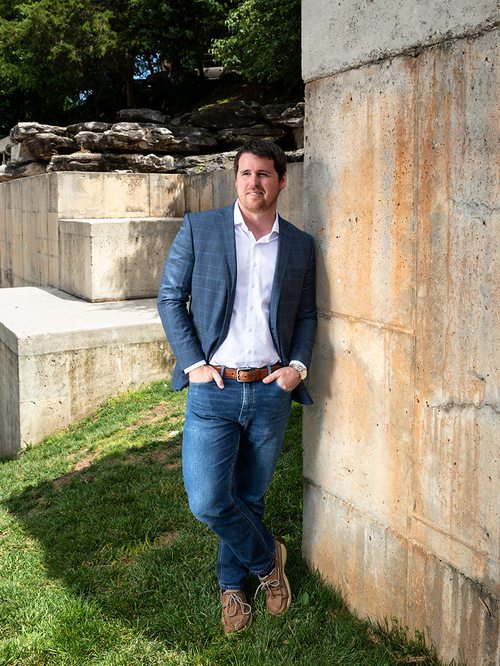 Missouri State Treasurer Scott Fitzpatrick, 31, started MariCorp U.S. as a high school sophomore. The business focused on simple boat dock work back then. Now, MariCorp U.S. employs nearly 60 people and generated 2018 revenue of about $10 million. His experience as a business owner inspired the Cassville Republican to successfully run for the Missouri House of Representatives in the 158th district.

“We basically didn’t have any work going on toward the end of ’08 because everything had just fallen off a cliff. I had probably around 20 employees. There were not a lot of opportunities, and the ones that there were, were just facing regulatory hurdles that were making it hard to keep people employed. That was kind of the impetus for me running for office because I felt like if bureaucrats and the people I met with had been more responsive, I would have been able to grow my business faster. I would have been able to help more people put food on the table.

“When I got to the legislature, I really just wanted to focus on making government work a little bit better. I figured the best way to get the attention of people in charge was to control their money. So, I got involved with the budget. I served six years in the House. I was Budget [Committee] chairman the last two of those. As treasurer, I’m going to take a lot of pride in MO ABLE, growing that [disability savings] program. We just announced with CoxHealth that they’re going to be the first business in the state to offer direct deposit options for MO ABLE. I’ve got twin boys. They both were born with a kind of rare chromosomal condition, and so that has changed my perspective on life. Moving forward a big focus of mine is going to be trying to help advocate for people with disabilities [and to] make sure that we’re considering those needs in the public policy space.”