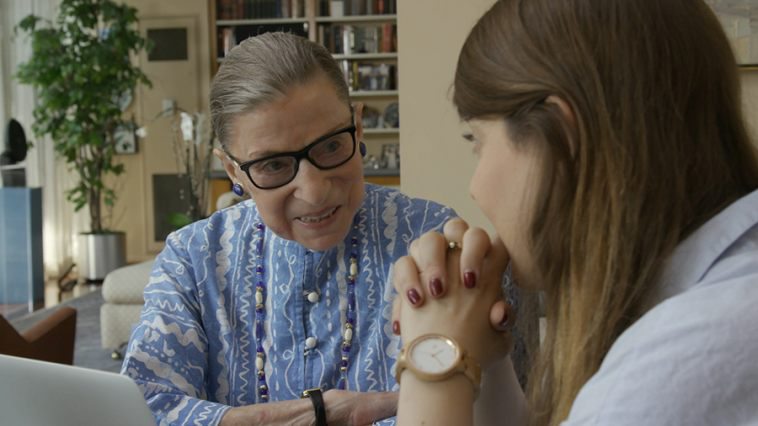 SPONSORED BY:
League of Women Voters of Southwest Missouri

AN INTIMATE PORTRAIT OF JUSTICE RUTH BADER GINSBURG, followed by a panel discussion focused on the Women's History Month 2019 theme: Champions of Peace and Non-Violence! The League of Women Voters will also be on hand prior to the movie for voter registration and to answer questions.

But without a definitive Ginsburg biography, the unique personal journey of this diminutive, quiet warrior's rise to the nation's highest court has been largely unknown, even to some of her biggest fans – until now.

RBG is a revelatory documentary exploring Ginsburg 's exceptional life and career featuring commentary from a host of cultural and political luminaries, including Gloria Steinem, Nina Totenberg, Bill Clinton and, most importantly, the woman herself.

Also, join us for our post-film discussion about overcoming personal and professional obstacles with the following panelists: