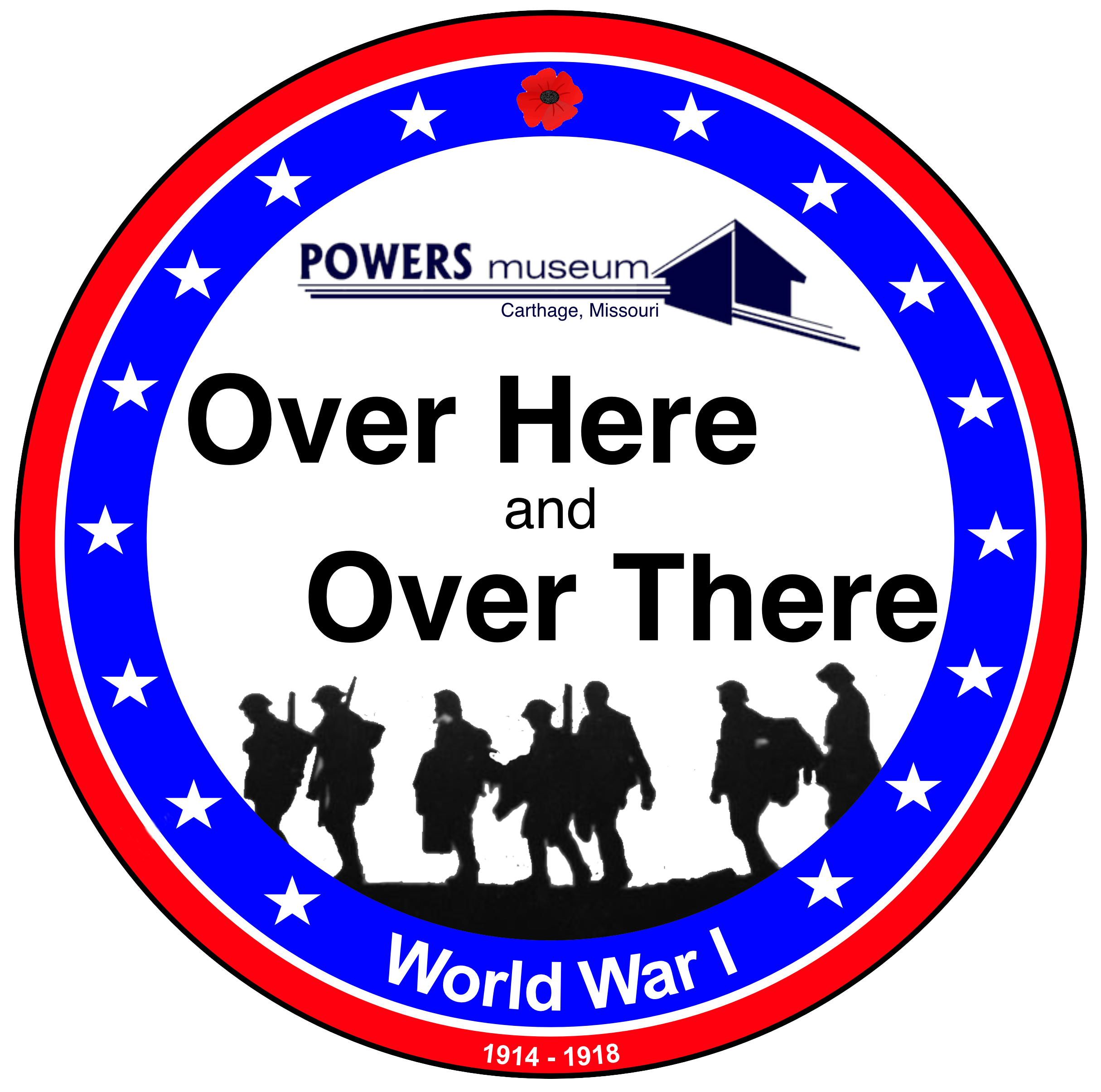 The Powers Museum is pleased to announce that it will hold a reception to celebrate the opening of this year’s exhibit, “Over Here and Over There: Carthage and Jasper County in World War I” on Tuesday, April 24, 2018. The event will begin at 4pm with a Chamber of Commerce Ribbon Cutting ceremony. That will be followed by a reception and tours of the gallery for the Friends of the Powers Museum, members of the media, and the general public.

The 2018 exhibit celebrates the centennial of the First World War and will feature items from the Powers Museum collection and loaned items from the community. Members of the museum’s Exhibits Committee have been working diligently the past few months to build the displays.

About the Powers Museum
The Powers Museum is a non-profit organization dedicated to preserving and displaying the history of Carthage, Missouri through yearly exhibits. The museum was a gift to the citizens of Carthage by Marian Powers Winchester and is named in the honor of her parents: Dr. Everett Powers and Marian Wright Powers.

The Hansford Gallery will open to the public on April 24 and will be open every Tuesday – Saturday, 12pm – 4pm, through October. The museum is located at 1617 Oak Street, Carthage, Missouri 64836. Learn more about the Powers Museum by visiting powersmuseum.org.