Meet the Voice of the Kansas City Chiefs 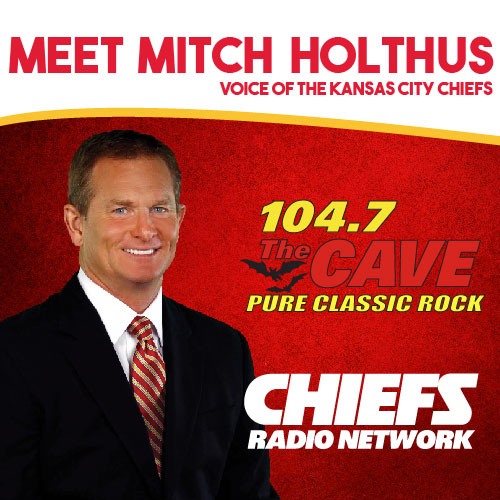 Mitch Holthus, voice of the Kansas City Chiefs and host of the Hy-Vee Chiefs Insider is coming to visit fans in Springfield at the Fork and Spoon restaurant on West Grand Street.

Holthus is now in his 22nd season as the Voice of the Kansas City Chiefs, which means he is the longest-tenured play-by-play announcer in Chiefs history. He also hosts “Minute with Mitch”, a radio and television series which airs in five states.

Aside from the NFL, Holthus is also heavily involved in other national sports. According to his website, Holthus is also “a television play-by-play announcer for college basketball. His work has been featured on the ESPN family of networks, FOX Sports and other national outlets. He primarily covers the Big 12 and the Missouri Valley Conferences, as well as the SEC.”

This luncheon will be an opportunity for Chiefs fans to connect with the personality that has stood by their team for more than 2 decades. Holthus will also be accompanied by sports gurus Ned Reynolds, and Art Hains from Springfield’s Pure Classic Rock station 104.7 The Cave.