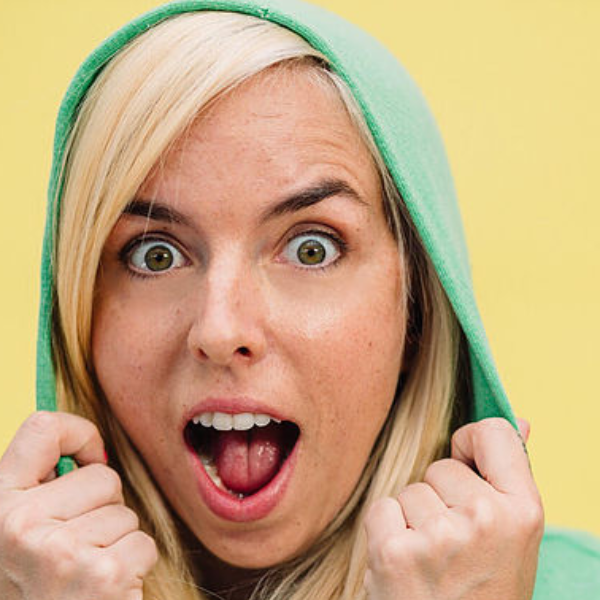 Jessica Michelle is a Paid Regular at The World Famous Comedy Store and the idiot host of her popular podcast, "Ignorance is #Blessed". She can be heard regularly on Sirius XM and has been a featured guest on Playboy TV's "Talking Dirty and Ari Shaffir’s “Skeptic Tank”

Internationally touring comedy phenom, Jessica Michelle Singleton has gained worldwide fans with her live headlining performances and debut comedy album “Please. Don’t. Leave. Me.” which reached #1 on iTunes ahead of veteran comedians such as Brian Regan and Jim Gaffigan. The album was considered for the "Best Comedy Album” Grammy.

She's opened for Las Vegas' most legendary comedian, George Wallace and was the headliner for the three person Road Kill Comedy Tour Series, a self-produced national comedy tour which is currently in development as a documentary.

JMS was the first English speaking female to perform at the prestigious Montreux Comedy Festival in Switzerland. From there, she was appointed their inaugural Ambassador for the U.S. & Canada for the #Jokenation International Showcase which launched in December 2015 and features comedy giants from all over the world.
A finalist on Comcast’s “Trial By Laughter” series, Singleton was also a top performer in the Cabo, Laughing Skull, Bridgetown, and SLO Comedy Festivals among several others.

Most recently, JMS is gearing up for her first tour of South Africa that will coincide with her performance in the Johannesburg International Comedy Festival and a feature film she is starring in over there this spring.
Jessica Michelle Singleton has created a unique style of comedy that combines extremely random thoughts and observations with unparalleled vulnerability through personal stories from her real life and what some people refer to as a hyperactive, slightly deranged imagination.

Come on out for a fun night of stand-up comedy and great drink specials at Blue Room Comedy Club – located right inside Billiards of Springfield!