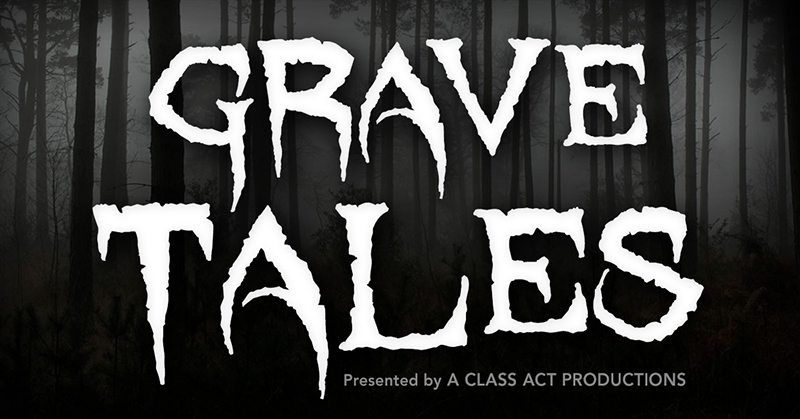 On this bone-chilling episode of Grave Tales, end the insanity of Black Friday with a dose of theatrical madness!

"Welcome to Fright Night" – A teenage boy recounts the nightmarish scenario that lead to the abduction of his girlfriend by an ancient evil. Enlisting the aid of a drunk and would-be vampire hunter, he must now muster up the courage to face an impossible monstrosity in this homage to a horror classic.

"Turing Test" – Turing Test (noun): a test for intelligence in a computer, requiring that a human being should be unable to distinguish the machine from another human being by using the replies to questions put to both. Can you pass the test in this science fiction thriller?

"Kiss of the Spiderwoman" – Sooner or later they were certain to meet. He might have been a criminal, but it was the dame that was dangerous. She touched his heart and he was alert and alive; that was, until he found himself caught in a web of deadly desire. Your breath will grow faster and the moon will grow dimmer in this couple's dance of seduction where there's no escaping once you've been kissed.

It will be a night of comedy, tragedy, and terror that you will not want to miss! Brave the cold November night and join us for Grave Tales.