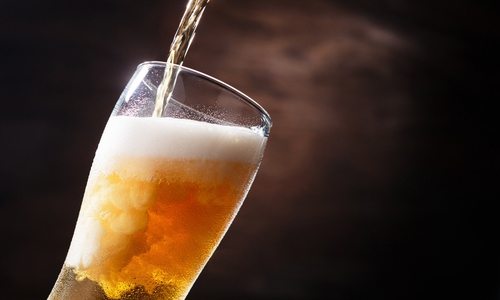 Tie & Timber Beer Company will celebrate its grand opening at Cherry and Pickwick on Saturday, April 14 with fresh beer, food, and a day-long bluegrass concert in the parking lot.

Owners Jen Leonard and Curtis Marshall are excited for Tie & Timber to officially join Springfield’s thriving craft beer community after 18 months of putting plans to action. “One of our main goals and reasons we got into this is because of community,” Leonard says, “Tie & Timber is a family-friendly place where kids are welcome. We’ll have games, you can come catch up with your neighbors, it’s a place to bring everyone together.”

The grand opening will begin at noon with live music outside until 8pm. A stellar lineup of regional music will take stage in the brewery parking lot, including Opal Agafia & the Sweet Nothings from Eureka Springs, Grassfed from Kansas City, and The Bluegrasstronauts, with more musical performances to be announced.

Among beers on tap during the opening weekend are a Kokomo Chocolate Porter, Wellerweizen Hefeweizen and the Juicy Brewski New England IPA. “I love being a creator. I love the science, chemistry and technical aspects of it,” Leonard says, “and also being able to foster my creative side with the ingredients and creating different flavors.”

Grassfed (Kansas City) — Grassfed is a quick-picking string band. Pivoting on the foundation of bluegrass, Grassfed entwines tradition with an eclectic array of influences. Forged by songwriters and driven by instrumental conversation, the band brings a punching sound all its own.

The Bluegrastronauts trio (Matchsellers + Betsey of The Breakfast Sides) — The Matchsellers are Warsaw, Indiana native Andrew Morris and Julie Bates of Kansas City, Missouri. Their exciting, gritty, and often hilarious stage show has been developed over three years of relentless touring across the US and Europe. Though deeply rooted in bluegrass and old time tradition, the pair’s respective backgrounds in electric blues guitar and classical violin– as well as a penchant for the absurd– offer a refreshing point of view.