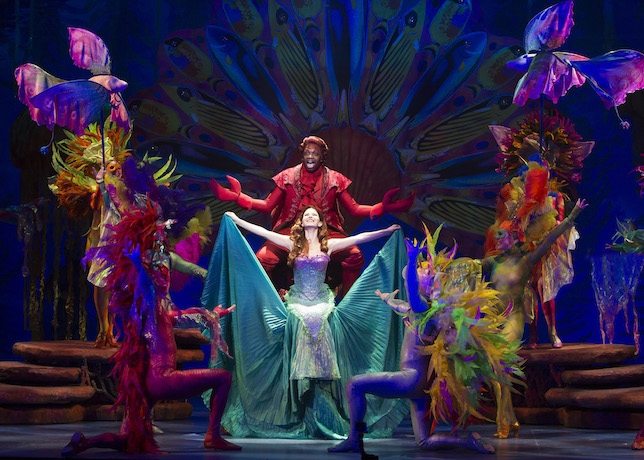 In a magical underwater kingdom, the beautiful young mermaid, Ariel, longs to leave her ocean home – and her fins – behind and live in the world above. But first, she’ll have to defy her father, King Triton, make a deal with the evil sea witch, Ursula, and convince the handsome Prince Eric that she’s the girl whose enchanting voice he’s been seeking.

At just over one hour in length showcasing a large cast of talented performers ages 18 and under, Disney’s The Little Mermaid, JR. is perfectly portioned for family audiences.  Featuring well-known favorites such as “Part of Your World,” “Under The Sea,” and “Kiss The Girl,” Disney’s Little Mermaid, JR. is sure to enchant any first time or veteran theatre-goer.

The show is one hour long.