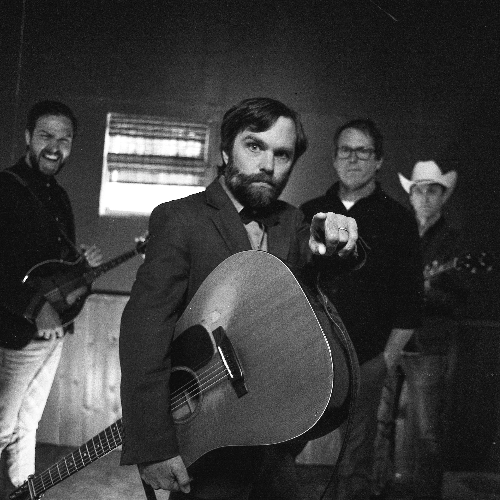 Chatham County Line is rooted in bluegrass, and influenced by the entire songbook. This is a special-for-Springfield, must-see show, in the intimate back room of White River Brewing Company. This is a General Admission show with limited seating.

Characterized by poignant songwriting and inventive arrangements, Chatham County Line’s latest album, Autumn, sees the quartet working comfortably in its sweet spot: Built around songwriter/guitarist Dave Wilson’s clever lines and compelling vignettes, the record is a treasure trove of the wistful balladry and dynamic toe-tappers that’ve become the band hallmarks. John Teer (mandolin/fiddle), Chandler Holt (banjo), and Greg Readling (bass) add stellar three- and four- harmonies for vocal highlights, while their impeccable yet unconventional picking—rooted in bluegrass but informed by a wealth of other influences—impresses without overshadowing Wilson’s rich storytelling.

From elegant European concert halls to large American folk festivals, Chatham County Line has become a fixture on both sides of the Atlantic, where the musical relationships fostered by its consistent line-up are apparent through an unspoken chemistry that allows the freedom for improvisational flashes that seem as polished as the rest of its set. For a veteran ensemble that’s long made music on its own terms, perhaps its toughest task is now choosing which of the many gems from its seven albums get to shine in a given performance.