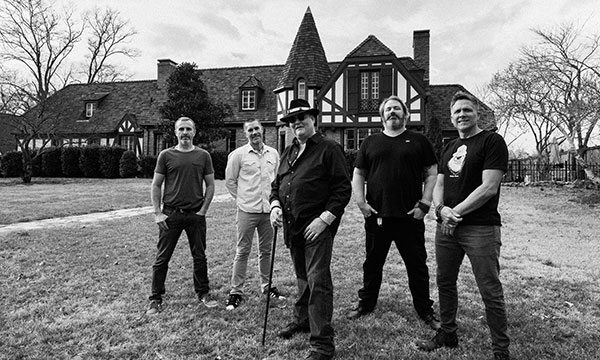 The Historic Gillioz Theatre is proud to present Blues Traveler - Accelerated Nation Tour on November 4th, 2018 at 8:00PM. Tickets start at $38 and go on sale Friday, June 29th at 10AM. 26 Club Members will have a pre-sale opportunity Thursday, June 28th from 10AM - 10PM.


Blues Traveler -- John Popper (lead vocals, harmonica), Chan Kinchla (guitar), Tad Kinchla (bass), Brendan Hill(drums), and Ben Wilson (keyboard) -- have a proven reputation for their improvisational live shows and tireless touring. With a total of twelve studio albums -- four gold, three platinum and one six-times platinum -- they have sold more than 10 million combined units worldwide, and played over 2,000 live shows in front of more than 30 million people. Their hit "Run-Around" is the longest-charting radio single in Billboard history, and earned them a Grammy® for Best Rock Performance by a Duo or Group with Vocals.


The group’s most recent release, Blow Up The Moon, was its first collaborative album. Keeping an open-minded perspective on making music, the unique and successful process enlisted a range of artists across the musical spectrum, representing country, pop, reggae and hip-hop.


Keyboardist Ben Wilson says, “Time to load up the gear and get the BT party bus rolling! We are pumped to be back on the road and rocking out for all the BT fans out there!”


Throughout their extensive career, Blues Traveler has earned a massive fanbase of dedicated and loyal followers and continues to do so with each performance.