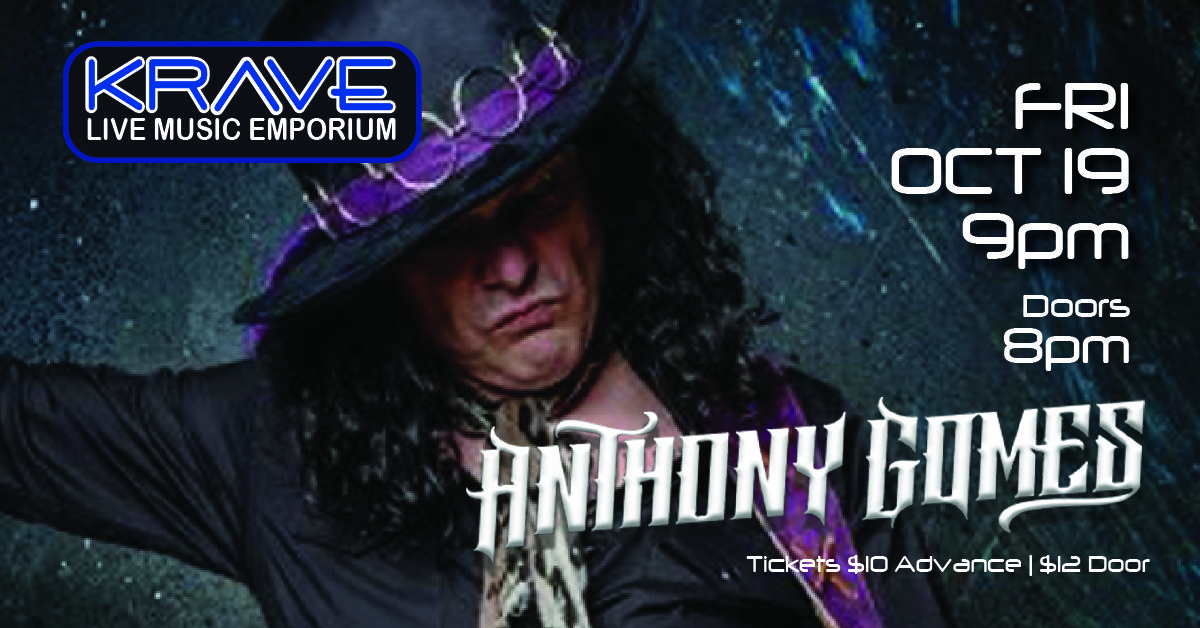 Download a FREE ALBUM from ANTHONY GOMES at: www.freegomesalbum.com

"A very talented guitarist... and where did that voice come from?" - B.B. King

Anthony Gomes, #1 Billboard Blues Artist, is a triple threat force as a guitarist, vocalist, and songwriter. This, along with his high-energy shows and dynamic stage presence, make him one of the top draws on the Rock/Blues circuit today.

He has headlined concerts in 17 countries and has had the honor of sharing the stage with B.B. King, Buddy Guy, Robert Plant, Joe Bonamassa, Heart, Alice Cooper, Jonny Lang, and Kenny Wayne Shepherd.

Anthony Gomes also founded the Music is the Medicine Foundation in 2010; a non-profit organization dedicated to changing the lives of others through the healing power of music. Through private donations and grants, the foundation has funded songwriting scholarships, donated listening stations to St. Jude’s Hospital for children undergoing cancer treatments, and most recently donated a Music Therapy Studio to Montreal General Hospital. Without passion there is no music; Anthony Gomes gets it… on so many levels!

Anthony will be showcasing songs from his latest release as well as performing fan favorites from past albums. Gomes sings and plays with integrity and deeply felt emotion oblivious to fortune and fashion. The resulting music is a blazing cathartic experience radiating therapeutic heat for body and soul.